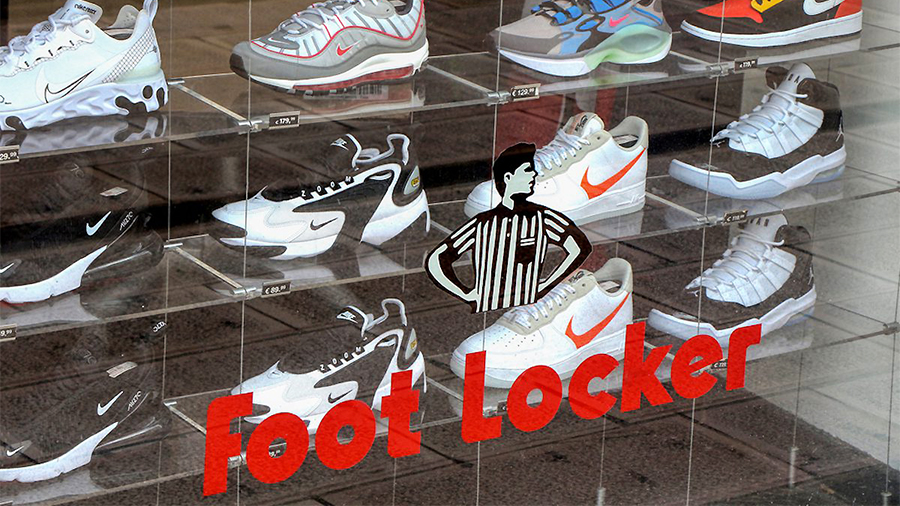 Cowen, on Monday, became the latest investment firm to downgrade Foot Locker since the sneaker retailer issued its fourth-quarter results. At the time, Foot Locker said reduced allocations of Nike products would lead to a significant decline in sales in the current year.

Kernan said Google Search trend data on Foot Locker’s year-to-date in 2022 is averaging down 14 percent year-over-year and is down 31 percent versus the pre-pandemic 2019 period. Similarly, the web found unique visitor traffic data trending down for footlocker.com. The analyst wrote, “Without better traffic (digital and in-store), the business may not take advantage of improved inventory flow in 2H.”

Kernan also pointed out that the top-line risk of losing Nike products includes less access to Nike/Jordan launch products which tends to drive higher traffic relative to other footwear vendors.

On inflation risks, Kernan said Wall Street’s consensus EPS guidance had been significantly reduced to $4.45 for FY22 and $4.28 for FY23 following Foot Locker’s management’s guidance. In FY21, earnings reached a record $7.77. However, Kernan wrote that inflationary pressures tied to supply chain and labor “may be underappreciated into 2H:22 and FY23.”

Finally, exposure to indoor malls, which have been underperforming relative to outdoor and power shopping centers, is expected to weigh on Foot Locker’s results and stock valuation. While Foot Locker has ramped up the expansion of off-mall concepts with its larger, community-based power stores, on-mall locations continue to represent 79 percent of Foot Locker’s North America store base in FY21.

Shares of Foot Locker had dropped $12.34, or 29.8 percent, to $29.07 on February 25 after the retailer predicted same-store sales in the current year would fall 8 percent to 10 percent due to the reduced Nike allocations. Previously, Wall Street’s consensus estimate had called for a gain of 1.4 percent.

Nike’s portion of Foot Locker’s sales is expected to decline to about 55 percent of sales by the fourth quarter of 2022, down from approximately 65 percent in the 2021 fourth quarter and 75 percent overall for 2020.

Last week on its third-quarter conference call, Nike said it had communicated its major “account pivots” as part of its marketplace realignment that reduced the number of wholesale partners worldwide over the last four years by more than 50 percent. Those losing access to Nike products in the U.S. include Big 5 Sporting Goods, DSW, Dunham’s Sports, Olympia Sports, Shoe Show, and Urban Outfitters.

Nike officials said the brand would continue working closely with its remaining wholesale partners to deliver a “premium consistent experience” and indicated that Foot Locker was among its strategic partners.

John Donahoe, Nike president and CEO, said in the Q&A portion of the analyst call, “I want to reinforce because I think there was some confusion on this, that’s around Foot Locker. To be crystal clear, Foot Locker always has been, and always will be, a large and important partner of Nike’s. And that will continue to be the case. And they’ll have a very distinct role in our marketplace strategy as a wholesaler, with a particular focus on the culture of basketball, the sneaker culture, and kids, which is a really big and important opportunity for us. So, just to be clear, they are one of our important partners going forward.”

Foot Locker had already seen several analyst downgrades following its move to slash guidance and the reveal of its new working relationship with Nike.

On March 1, Barclays reduced its rating to “Underweight” from “Overweight” and its price target to $24 from $58. Analyst Adrienne Yih wrote, “A key tenet of our Overweight rating was the benefit of NKE’s consolidation in its wholesale channel, of which FL was a strategic partner. The reduction in product in Q4 alone will remain a company headwind into FY23 and may potentially worsen over time.”

Credit Suisse, on February 25, lowered its rating to “Neutral” from “Outperform” and price target to $30 from $70. Michael Binetti wrote, “Certainly, other solid brands will show up to fill the void, but in our 15 years covering this sector, it has been a consistent comment from contacts in the channel that no other brands have placed the huge amount of resources that Nike has historically to drive every slot on the wall, in every category across the athletic retail landscape.”

B. Riley Securities, on March 1, downgraded Foot Locker to “Neutral” from “Buy” and slashed its price target from $64 to $34. Analyst Susan Anderson wrote, “We believe FL will be in a transition phase for at least a year as their exposure to NKE is lowered, which creates limited visibility on future sales/margins. This transition could open up $900M in shelf space annually, which we expect will benefit other footwear and apparel manufacturers, including Crocs, New Balance and Adidas, but will create a void for FL until that space can be filled.”

Williams Trading, on February 25, upgraded its rating on Foot Locker from “Sell” to “Hold” but cut its price target from $35 to $26. Analyst Sam Poser was skeptical of FL making up for the loss of over 20 percent of Nike allocations by expanding allocations from Adidas, Puma, Reebok, Crocs, New Balance, Timberland, and Ugg. He wrote, “The aforementioned are good brands, and we’re certain that F.L. can reallocate open-to-buy dollars once allotted to Nike, but we do not believe that consumers will respond to those brands near as well as to Nike. Further, if FL’s consumer engagement and overall execution facilitated the reduction of Nike allocations, why believe that F.L. can successfully engage customers to buy those other brands?”

Morgan Stanley, on February 25, lowered Foot Locker to “Underweight” from “Equal-Weight” and its price target to $23 from $47. Analyst Kimberly Greenberger wrote, “We worry this results in a permanent revenue headwind for FL as (1) the business struggled to grow revenue even when No. 1 global sports brand NKE comprised 70 percent+ of inventory (e.g., 2017 to 2019 revenue +1 percent y/y on average); (2)(substitute brands, including ADS, Puma, New Balance, Timberland, Crocs, and UGG, among others, likely cannot fill the entirety of this 15- to 20 point inventory/sales gap or make up for the lost traffic that NKE’s high-heat product has historically driven, and FL acknowledged that none of the brands they’ve substituted for NKE thus far have the same, or close to the same, productivity that NKE generates, and (3) WSS and Atmos’ DD+ y/y revenue growth will likely not be enough to offset core FL business declines (and the model only represents 10-to-15 percent of total revenue over time).

Wedbush Securities, on February 25, kept its “Neutral” rating on Foot Locker but lowered its price target to $33 from $48. Analyst Tom Nikic wrote, “We don’t really see a silver lining here. We always thought that FL’s position as a ‘strategic partner’ would insulate them somewhat from NKE’s DTC push (as NKE has often spoken to a need to address demand in brick-and-mortar and multi-brand channels), but this is a dramatic change in the NKE-FL relationship. Over the long term, a broader vendor base may be beneficial to FL, but it will be painful as the proverbial Band-Aid gets ripped off the wound in FY22-FY23.”