Cauthen Forbes & Williams (CFW) saidGeorge Cooper has joined the firm to head up its strategic communications practice area. Cooper comes to the firm having most recently served as President and CEO of the Theodore Roosevelt Conservation Partnership (TRCP). In addition to directing the firm’s communications consulting work, Cooper will lead CFW’s natural resources government affairs work.

During Cooper’s seven years at TRCP, he played an instrumental role in creating a new strategic advocacy niche for the nation’s 40 million hunters and anglers with an emphasis on highly effective communications around issues including western public lands management, public land and offshore energy development, agriculture policy, wetlands conservation, and marine resource management. Prior to serving as CEO for three years, Cooper directed TRCP’s communications and policy work.

Mr. Cooper’s communications and political experience also extends directly into the media. Prior to joining TRCP, Mr. Cooper was with CNN for ten years. From 1997 to 1999, Mr. Cooper served as Senior Producer for public affairs shows including “Evans and Novak,” “Late Edition with Wolf Blitzer,” and “Reliable Sources.” From 1999 to 2003 he was a Senior Producer on the White House and Capitol Hill beats. Prior to those assignments, he was at CNN headquarters in Atlanta, Georgia with Headline News and the network’s Political Unit covering the 1996 elections.

“We are extremely pleased to have someone with George’s unique dual background in issue advocacy and journalism joining us,” said CFW Founding Partner Jeff Forbes. “He’s going to give us a big boost in terms of helping us provide our clients with a new set of services that will help them shape advocacy campaigns and media plans that will achieve positive public results.”

“I am very proud to be joining CFW and a team that is one of Washington’s most skilled, experienced and well-connected,” said Cooper. “I am excited not only to start bringing strategic communications advice to current and future clients but to also meet CFW’s desire to become more active in the natural resource issue area. We are looking forward to playing very effectively in the conservation policymaking arena based on our combined experience and networks.”

Mr. Cooper graduated from Denison University where he received a Bachelor of Arts in History and a minor in Political Science. 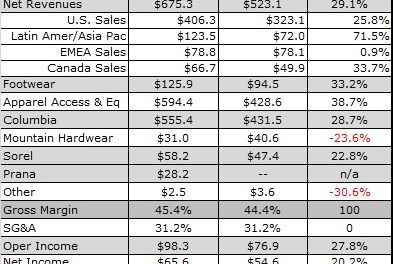