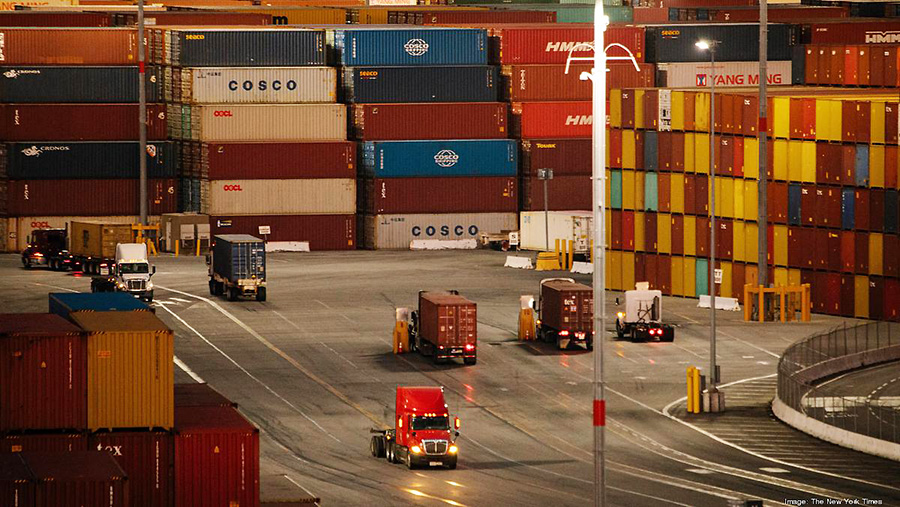 The Port of Los Angeles and the Port of Long Beach announced a further postponement of the “Container Dwell Fee.” After meetings today with U.S. Port Envoy John Porcari, ocean liner companies and marine terminal operators, the two ports said the fee would not be considered before December 6.

Since the fee was announced on October 25, the twin ports have seen a combined decline of 37 percent in aging cargo on the docks. The executive directors of both ports will reassess fee implementation after another week of monitoring data.

Under the temporary policy approved October 29 by the Harbor Commissions of both ports, ocean carriers can be charged for each import container that falls into one of two categories:

Currently, no date has been set to start the count for container dwell time.

The ports plan to charge ocean carriers in these two categories $100 per container, increasing in $100 increments per day until the container leaves the terminal.

Before the pandemic-induced import surge began in mid-2020, on average, containers for local delivery remained on container terminals under four days, while containers destined for trains dwelled less than two days.

Any fees collected from dwelling cargo containers will be reinvested for programs created to improve efficiency, accelerate cargo speed and address congestion impacts.

The policy was developed in coordination with the Biden-Harris Supply Chain Disruptions Task Force, the U.S. Department of Transportation and supply chain stakeholders.