Competitor Group, Inc. (CGI) named Meb Keflezighi its first vice president of running, effective immediately. With more than 22 U.S. National Championships and a silver medal from the 2004 Olympic Marathon in Athens, Keflezighi is the ideal executive to develop CGI's training content and directly contribute to the company's overall growth in the running industry focusing on the popular Rock ‘n’ Roll Marathon Series.

“I am thrilled to join the CGI team at such an exciting time for the company,” said Keflezighi, who was the first American man to win the Boston Marathon in more than 30 years. “I look forward to working with CGI to help grow and expand the Rock ‘n’ Roll Series with their new running festival weekends. From developing training plans to collaborating for social media content and participating in the events,  I am excited to share my love for our sport with so many runners around the world and help millions of runners 'Run to Win' – which doesn't always mean first place, it means getting the best out of yourself.”

Keflezighi will continue competing as a world class runner and serving as an ambassador for his many sponsors. With his historic win at the Boston Marathon this year, he sealed his legacy as one of the world’s greatest distance runners. In 2009 Keflezighi became the first American man to win the New York City Marathon since 1982, which was the first marathon victory of his career. In his role as VP of Running, Meb will be responsible for developing content for the Competitor brand, supporting CGI's sponsorship sales team and making appearances at the company’s world-class events.

“Meb's appointment as VP of Running is another tremendous milestone for CGI. We were looking for someone with energy, experience and a passion for the sport to power our running brands to higher levels of success and are confident that Meb's proven ability to inspire and motivate runners of all levels will take us there,” said David Abeles, Chief Executive Officer of CGI. “It is critical that we are completely authentic in everything we do in running and who better to ensure that than Meb, a truly unique individual and a great ambassador for the sport We're pleased to welcome him to our team, where he will play a key role working with our event managers, interacting with our runners at Rock ‘n’ Roll events, creating social media promotions and much more.”

Keflezighi is a graduate of UCLA where he won four NCAA championships competing for the UCLA Bruins track and field team. After fleeing war-torn Eritrea, Keflezighi’s family settled in San Diego in 1987, living alongside Balboa Park where he captured two California state track titles while attending San Diego High School.

Keflezighi and his wife, Yordanos, currently reside in the San Diego neighborhood of Mission Hills with their three daughters. 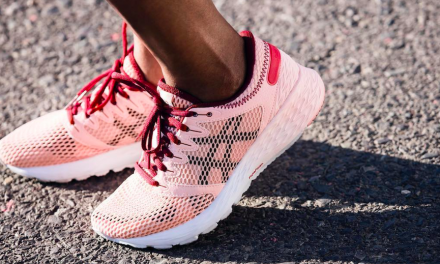