U.S. Department of Commerce officials ruled Friday that, after reviewing the third six months of data from the monitoring program of apparel imports from Vietnam, there is insufficient evidence to warrant self-initiating an antidumping investigation. The program began upon Vietnams entry into the World Trade Organization (WTO) in January 2007.

“Commerce has concluded the third review of the import-monitoring program covering certain textile and apparel products from Vietnam as agreed to upon entry of Vietnam into the WTO,” said Assistant Secretary for Import Administration David Spooner. “This final investigation reveals that prices of Vietnamese apparel are in line with, and in most cases even exceed, other major suppliers, including Central America.”

Commerce examined import data for five different apparel product groups from Vietnam  trousers, shirts, underwear, swimwear and sweaters  during the third six-month period, February through July 2008. The review determined that during this period, the United States did not import apparel from 208 of nearly 500 ten-digit Harmonized Tariff Schedule (HTS) lines within the five groups from Vietnam. Many of the remaining ten-digit HTS lines had rising unit values, further indicating that dumping is not taking place.

Commerce then compared trends in unit values and import levels to other suppliers of these products to the United States, including Bangladesh, CAFTA-DR (Costa Rica, Dominican Republic, El Salvador, Guatemala, Honduras, and Nicaragua), Cambodia, India, Indonesia, Macau, Malaysia, Pakistan, the Philippines, and Thailand. Based on this comparison, Commerce concluded that there was insufficient evidence to self-initiate an antidumping investigation.

This is the final review under the import monitoring program that will conclude at the end of this Administration.

Background
Dumping occurs when a foreign producer sells a product in the United States at a price that is less than fair value, which is often the producers sales price in the country of origin or its cost of production.

On Sept. 28, 2006, Secretary of Commerce Carlos M. Gutierrez and United States Trade Representative Susan C. Schwab announced the initiation of an import-monitoring program covering certain textile and apparel products from Vietnam. As part of this program, which commenced upon entry of Vietnam into the WTO and continues for the duration of this Administration, Commerce will complete a review every six months as to whether there is sufficient evidence to self-initiate an antidumping investigation of any textile or apparel goods from Vietnam pursuant to section 732 (a) of the Trade Act of 1930 (19 U.S.C. and 1673a(a)). 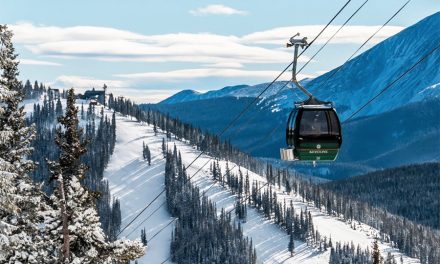