The Portland, OR-based company reported sales grew 17 percent to $380.2 million in the quarter ended June 30, or 21 percent in currency-neutral (c-n) terms.   Organic growth came in at  11  percent. While the second quarter is the company's lowest volume, least profitable and therefor most volatile quarter, executives said early orders from its major wholesale  customers convinced it to revise  its guidance for the full fiscal year.

Gross margin increased 70 basis points to 45.1 percent, while SG&A expenses rose 11.9 percent to 47.7 percent of net sales, down from 50.0 percent in the year  earlier quarter and below plan. Net loss totaled $6.5 million, or 9 cents per share, which was basically flat with the a year earlier.

COLM has seen no impact on its business in China from the recent pullback in the country's stock market.

“China remains on the path to hit our projected numbers for 2015,” Boyle said.

Earlier retail deadlines swell inventory and expectations
COLM ended the quarter  with inventories of $581.0 million, up 27 percent compared with a year earlier, but said the surge was in line with expectations given North American retailers' earlier delivery deadlines. That same dynamic recently prompted Outdoor Retailer to move up the dates of its winter show by two weeks to early January. (See related story on cover of this week's edition of The B.O.S.S. Report.)

The majority of inventory growth was concentrated in North America and resulted from earlier production of Fall 2015 inventory that was in-transit or on-hand to meet earlier requested delivery of increased Fall 2015 advance wholesale orders, and to support our expanded North American direct-to-consumer business, the  company stated in its earnings release.

The strong second quarter results prompted COLM to boost its full-year guidance. It now expects net sales to grow in the low double-digit percentage range, or mid-teens in currency-neutral terms, from the $2.1 billion reported in 2014. The growth will be driven primarily by unit growth rather than price. Organic growth of about 20 percent in the United States.

Sorel dabbles in outerwear
Boyle also attributed the upgrade to North American retailers' substantially higher orders of Sorel's light-weight styles for fall, when he expects the brand's currency-neutral sales growth rate to double to 30 percent.
Sorel.com and Sorel retailers will begin offering the brand's first outwear collection in the next 60 days and  Columbia is in the process of collecting its first advance wholesale orders for fall delivery of a limited collection of Sorel's styles for Spring/Summer 2016.

The guidance assumes COLM set aside adequate reserves for pending liquidation of Columbia and Mountain Hardwear merchandise in South Korea, where the outdoor industry continues to work through a nationwide inventory glut.

“It's still profitable,” Boyle said of the company's South Korean business. “And we have a significant inventory reserve to be able to help us liquidate that inventory without impacting our financial statements.”

Based on those assumptions, COLM expects high-teen percentage growth in operating income and operating margin of approximately 10.3 percent. Net income and earnings per fully diluted share are expected to grow 17-to-22 percent compared with net income of $137.2 million, or $1.94 per diluted share, in 2014. The outlook includes an estimated unfavorable impact of approximately 11 cents per diluted share from the stronger U.S. Dollar, resulting from lower gross margins within foreign subsidiaries, as a result of increased costs of inventory and, to a lesser degree, the translation of net income. 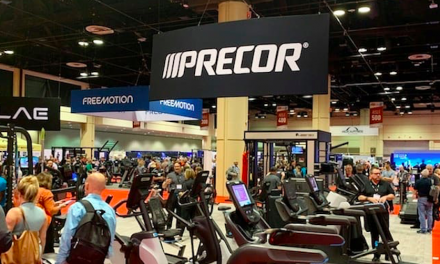