Since time immemorial, or at least since I’ve paid attention over the past 20-some years, fly fishing has tried to become younger, the siren call being, “Our clientele is dying.” But new products, a broader angling lifestyle, and women’s specific gear is breathing new life into the sport.

Fly fishing being perceived as old men wearing tweed isn’t lost on anyone, including this niche category’s mega-beast, The Orvis Company of Manchester, VT. That’s why Orvis recently hosted a group of journalists to deliver a clear message: Orvis is not old, its product line is fresh and progressive, and those safari-style fishing shirts and pants with oversized pockets and venting systems aren’t required for entry into America’s trout streams.

In fact, Orvis’ new line of technical fishing shirts come pocketless, if desired, and utilizes modern fabrics and technology- its dri-release Casting T being one example, as well as the Swan Valley plaid cowboy shirt, which is touted to be as trendy on the water as it is on the town.

You’ll see a youthful push in their ad campaigns, too, which showcase long-bearded hipsters wading into rivers and attractive, youthful women making big hucks for exotic and challenging fish like tarpon, permit and giant trevally.

Orvis isn’t the only company taking a youthful vibe to heart; no fly-fishing oriented company broadcasts such a youthful and hip image as Howler Brothers.

Howler Brothers was founded in 2011 when band members from the Austin, TX-based Wrinkle Neck Mules, who fish and surf, jumped into apparel. This stemmed from one band member, Andy Stepanian, fishing in a 1970s-era long-sleeve, polyester shirt complete with pearl-snap front and embroidered flowers across the shoulders. He liked the look but the thing nearly melted when wet. Stepanian and his cohorts recreated the design, called it the Gaucho, and incorporated a lightweight, quick-drying poly-cotton blend and teaming modernization with the classic pleated chest pockets, pearl snaps and custom embroidery (ranging from grasshoppers to pelicans).

Style evolution aside, it’s not to suggest the tried and true are resting on their laurels. In fact, Ex Officio, which built the first modern-day fly-fishing specific shirt in 1987, now offers a modern lineup that includes its odor-resistant Give-N-Go performance underwear and its Bugsaway collection, which combines sun protection, insect repellent and dri-release technology in each garment. Although seemingly unimportant in apparel design, UV and insect protection is key.

Today, women may select female specific waders from several manufactures, cuts and designs that fit better than a standard men’s wader. The growth of women specific fly-fishing apparel may signify that the sport is not strictly a boy’s club any longer.

According to Bart Bonime, director of fishing at Patagonia, it’s no secret that women are a standout growth opportunity. In 2014 Patagonia went after that market segment offering female-specific waders and wading jackets. They’ll follow in spring 2017 with an assortment of new women’s product, including lightweight wading boots.

“Our launch of a women’s line was surprisingly successful,” Bonnime said. “We did the right advertising, PR and point of sale – all the backend work to promote the line…From a product standpoint most manufacturers would take a men’s product, put some pink on it, make it in a smaller size and call it a women’s wader. But the new female fly-fisher wants something designed for them and they don’t want pink trim. They want to be taken seriously in the sport. Our waders are feature-rich and technically correct. We spent a lot of time on fit and that is critical – that effort resonates with the core female customer.”

Bonnime added, “Our women’s business, right out of the gate, was 12 to 13 percent of our overall business. It’s an area we will continue to focus on.”

Bonnime isn’t the only one seeing growth in the women’s category. According to Tom Rosenbauer, marketing director at Orvis, the floodgates haven’t opened, but steady growth is the trend.

“We are definitely seeing growth in women’s wader sales and I think that is because we have a good fit. Everyone wishes we’d see more women in fly fishing, and there are definitely more women than there were five years ago, but it’s not a huge influx. But it is steady and healthy growth,” he said.

Another current trend in fly fishing is simplicity. Fly fishing is often associated with pretentious pseudo-scholars speaking Latin, discussing nothing more interesting than the reasons a mayfly might have two tails instead of three. Not anymore.

Over the past few years Tenkara USA introduced beginners to a modern version of an ancient Japanese fishing method that has been cross-promoted by Patagonia and the publication of Yvon Chouinard’s book, Simple Fly Fishing.

Tenkara is fly fishing, but the method focuses on casting and catching trout and the hardware lacks a reel. By eliminating line management from the equation even beginning anglers stand a good chance to catch fish.

“Tenkara is the gateway for people to get into fly fishing,” Bonnime said. “It’s a successful method because it’s relatively inexpensive to get into and it’s simple. Fishing a tenkara rod simplifies the whole process. Then, once a person masters tenkara they’ll start looking at bigger streams, bigger fish and, ultimately, saltwater, which brings on another world of gear needs.”

Part of simplicity in fly fishing may have to do with the weather. Anglers are wet wading (wearing lightweight shorts or pants versus full waders) due to increased water temperature early in the season. This means that instead of wearing heavy boots some anglers may opt for lightweight, felt bottomed wading boots or even non-traditional river shoes, such as Chaco’s Outcross Evo 2 that feature closed construction mesh with a stretch collar, neoprene lining and a protective toe cap. These shoes lack rock-gripping felt or spiked soles, but are perfect for the wilderness experience, that being hiking into remote streams, spending almost as much time on the trail as in the water. Fortunately, they are pretty comfortable while standing and casting from the bow of a raft or driftboat, too.

Fly fishing might not appeal to the masses, but manufacturers are taking steps to make a day on the water more comfortable and enjoyable for everyone, and furthermore, current trends show these efforts are working to increase participation and enjoyment.

See this and other articles in the SGB 2015 Retail Top 100 magazine.

From the Pages of SGB Magazine Winter Show Issue: The Age of Baselayers 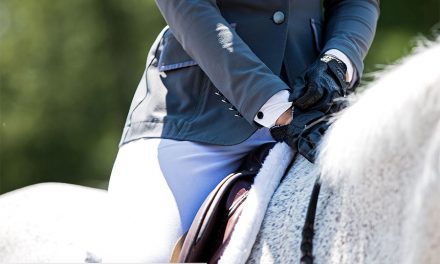 Take Life By The Reins 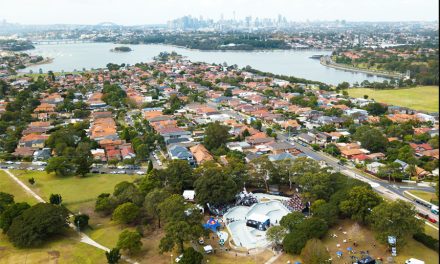