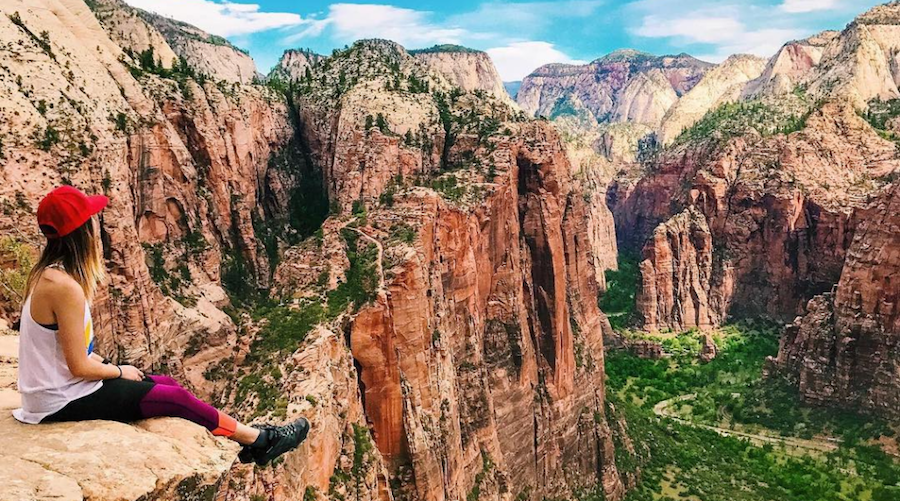 While reporting second-quarter results that were slightly better than expected, Columbia Sportswear announced that it had launched a new transformation plan, entitled Project CONNECT, to adjust to the “accelerating structural change” facing retail.

On a conference call with analysts, Tim Boyle, president and CEO, noted that the company earlier this year launched a comprehensive assessment of its business to explore how to reposition itself to meet the changing retail landscape.

This led to a realignment of its senior leadership team in June. The extensive changes included Tom Cusick becoming EVP and COO and Joe Boyle assuming the newly created position of EVP and Columbia Brand president. Tim Boyle, who has served as CEO of the company since 1988, resumed the role of president. In May, Bryan Timm had exited as president and COO.

On his company’s second-quarter conference call, Boyle said the leadership changes support a new brand-led structure “designed to empower each brand president to lead their respective brand with improved clarity and strategy and direction around the product creation and market development across all regions and channels.”

This newly-aligned team is now focused on the second phase of the initiative – Project CONNECT – “to build on our strengths as a brand-led, consumer-first organization” and accelerate performance against four strategic priorities:

Elaborating on the program, Boyle said Project CONNECT will first focus on “intensifying our focus on the consumer.” A recent comprehensive study has clarified how consumers in major markets perceive each of its four brands. Said Boyle, “These insights are informing our product creation and marketing teams as they work to develop SKU-efficient product lines designed around features and functions that consumers value most. We are also better informed to develop demand creation initiatives that drive deeper emotional connections with consumers and create a consistent elevated consumer experience at every touch point across all channels.”

Second, while the company prides itself on “being one of the most trusted and reliable partners” and will continue to closely work with its retail partners, “today’s consumers also expect us to be just as excellent at engaging with them directly through digital platforms.”  The momentum Columbia is seeing in e-commerce. “tells us we’re doing a lot of things well on this front but that we’re just getting started. Going forward, our investments in optimizing our global e-commerce sites will play an even larger role in attracting consumers to each of our brands through every channel.”

Third, an increased emphasis will be placed on creating “enhanced collaboration, teamwork and accountability.” The goal is “creating more opportunities for our employees and ultimately improving our ability to innovate and adapt to changing market conditions.”

Finally, increased strategic investments will be placed on its largest growth opportunities.

“Since the project’s launch, the leadership team has been working across the organization to identify our biggest growth opportunities and improve the efficiency and effectiveness of our day-to-day operations, streamlining wherever possible to free up resources to invest and enhance digital capabilities, product innovation and incremental demand creation,” said Boyle. “Project CONNECT is an enormous undertaking to which the company is deeply committed.”

Columbia expects to provide further details in the second half.

Columbia officials downplayed the significance of the second quarter given that the period accounts for only a mid-teens percentage of annual net sales. But the loss in the period was better than feared and its sales were better than expected, showing Columbia is making some progress gaining shelf space with its spring/summer offerings.

The company also reiterated its guidance for the year although like VF Corp. and Deckers Brands, it noted that due to a shift in the timing of the order deliveries to later in the season, the third quarter is expected to see a revenue decline while the fourth quarter should gain a boost.

In the second quarter, the loss came to $11.5 million, or 17 cents a share, including expenses of approximately $2.5 million net of tax, or 4 cents per share, related to the company’s operating model assessment that was commenced during the first quarter. That compares to a loss of $8.2 million, or 12 cents a year ago. Wall Street on average was looking for a loss of 20 cents a share.

By region, sales grew 4 percent in the U.S., to $238.2 million, consisting of mid-teen percentage growth in DTC sales, partially offset by a high-single-digit percentage decline in wholesale net sales resulting primarily from the combined effects of U.S. wholesale customer bankruptcies, liquidations and store closures that have occurred over the past 18 months. At the quarter’s close, the company operated 122 U.S. retail stores, compared with 113 stores in the second quarter of 2016.

In the LAAP region, sales were down 9 percent to $79.5 million and off 8 percent currency-neutral, primarily due to a low-20 percent decline in China (high-teen percent constant-currency), including the effect of accelerated first-quarter shipments to wholesale customers in advance of the enterprise resource planning (ERP) go-live that occurred during the second quarter of 2017. Through the first half, constant-currency net sales in China grew at a mid-single-digit percentage rate.

By brand, Columbia Brand sales increased 2 percent in the second quarter to $340.5 million and advanced 3 percent on a constant-currency basis. The increase reflected higher net sales in the U.S. DTC business and in the EMEA region, partially offset by lower U.S. wholesale net sales, and lower net sales in China.

For fall, Columbia’s marketing push will focus on its lightweight warmth and waterproof technologies under the tagline “Columbia Warm,” said Boyle. In addition, the brand’s Tested Tough promise is enabling its regional marketing teams to pursue creative marketing partnerships in key countries, including its title sponsorship of the UTMB endurance race, and its outerwear partnership with Manchester United. Boyle said, “While these partnerships have helped drive growth in the Columbia brand’s European wholesale and direct-to-consumer business, the brand remains significantly underpenetrated in most European markets.”

In May, Columbia announced the five-year partnership in which Columbia will be the official outfitter of the U.K.’s national parks, a program synching with its ongoing partnership with the U.S. National Parks Foundation.

For the second half of 2017, Columbia continues to expect low single-digit growth in the Columbia Brand, consistent with its full year outlook.

“This year, our Sorel marketing team rebalanced the spending cadence towards the first half of the year to ensure that Sorel stayed in front of consumers throughout the spring and summer,” said Boyle. “The effect was a tripling of the time in market and doubling of impressions during the first half of the year. Our updated outlook for Sorel anticipates low single-digit second half growth and mid-single-digit full year growth.”

Prana reached $35.0 million, up 9 percent with the gains concentrated in the U.S. DTC business.

“Prana’s ongoing product and marketing initiatives are continually attracting new consumers and wholesale customers to the brand,” said Boyle. “For example, Prana’s team recently demonstrated great nimbleness employing consumer insights to develop a targeted range of products in only 60 days to respond to an unexpected fourth quarter market opportunity with a major customer. Our full year outlook anticipates low single-digit growth from the Prana brand – all concentrated in the fourth quarter.”

On the downside, Mountain Hardwear’s sales decreased 5 percent to $16.1 million, reflecting declines in Korea and the U.S. Boyle said Mountain Hardwear’s new leadership team, led by Joe Vernachio, made progress in reducing inventory levels and reassessing current spending levels. The product team is being revamped with Fall 2019 expected to fully reflect those efforts. Said Boyle, “We expect a mid-teen percentage decline in Mountain Hardwear second half sales and a high single-digit full year decline as we reposition the brand for healthy growth in the future.”

Gross margin contracted 90 basis points to 45.3 percent. Margins were hurt by increased promotional activity in the U.S. in order to liquidate aged inventory primarily through its outlet stores. That was partially offset by favorable changes in sales channel mix with a higher proportion of DTC net sales.

Columbia’s operating loss in the second quarter totaled $17.3 million, including the $4.0 million of expenses related to the company’s operating model assessment.

Looking ahead, Columbia said it expects the timing of sales and profitability in second-half 2017 to shift, resulting in a favorable financial impact on the fourth quarter and unfavorable impact on the third. Third quarter sales are projected to be down slightly, resulting from decreased fall 2017 wholesale advance orders and a shift in the timing of shipments of U.S. wholesale orders from the third quarter into the fourth quarter. Net income in the third quarter is expected to be approximately 3 percent to 5 percent lower than the comparable prior year period.

“In summary, we’re pleased with our solid first half performance, particularly against a challenging U.S. backdrop,” concluded Boyle. “The company’s focused on capturing the opportunities that we are identifying through Project CONNECT to accelerate the execution of our strategic plan to drive sustainable, profitable growth and expand demand creation investments.”