Columbia Sportswear Company reported third quarter sales and margins exceeded its July forecast thanks to accelerating comp store sales at its U.S. direct-to-consumer business and improving results in the wholesale channel. COLM also made big strides in cutting costs and strengthening its balancing sheet by better managing inventory and accounts receivable. The results prompted the company’s board of directors to raise its guidance for operating income for the full year by approximately 8 percent compared with its July forecast and increase its quarterly dividend by 14 percent.


“Our US wholesale business exceeded our internal forecasts and was a major component of our revenue beating [our outlook] in Q3 and we are seeing less shift [of wholesale shipments] from Q3 to Q4 then we anticipated back in July,” , President and CEO Timothy Boyle told analysts during the company’s earnings conference call. “Although there have been plenty of reports about the generally soft US retail environment, all three formats of our U.S. direct-to-consumer platform – branded stores, outlet stores, and e-commerce – produced better than expected results during the third quarter and we have seen that continue into October. Both formats saw stronger conversion and higher average dollars per transaction. We're seeing strength across all categories and genders with many of our pinnacle price styles performing well.”

The company reported net sales reached $523.1 million for the three months ended Sept. 30, down $23 million, or 4 percent from the same period in 2012, including a 1 percentage point negative effect from changes in currency exchange rates.

Net sales in the U.S. declined 7 percent to $323.1 million and fell 15 percent in the Latin America/Asia Pacific (LAAP) region to $72.0 million, including a 9 percentage point hit from currency translation. Growth was inhibited by trade restrictions in Argentina and currency controls in Venezuela. Growth also lagged in Australia as COLM transitioned to a new distributor.

In the EMEA region, net sales increased 29 percent to $78.1 million, including a 4 percentage point benefit from changes in currency exchange rates. The balance of the increase was due entirely to a shift in fall 2013 shipments to EMEA distributors more than offsetting a mid-teen percentage decline in the Europe direct markets. Net sales in Canada decreased 4 percent to $49.9 million, reflecting a 3 percentage point negative effect from changes in currency exchange rates and the delay of some shipments caused by the transition to a new warehouse management system.

COLM’s balance sheet reflects much tighter operations. By quarter’s end, the company had trimmed inventory by $65.6 million, or 13.8 percent from a year earlier, marking the second time in as many quarter that it has been able to reduce inventory by more than 10 percent. COLM also worked down its accounts receivable by $44.8 million, or 10.6 percent.
This contributed to a near tripling of cash and cash equivalents on hand, which reached $274.2 million.

In 2014, the company expects sales growth to resume as the new joint venture in China and improved product assortments kick in and the wholesale channel rebounds in North America and Europe. That assumes a return to normal winter weather patterns.

“Our customers were very cautious in approaching their initial buys for fall 2014,” said Boyle. “We think that the channel is quite clean right now. There is plenty of inventory obviously there, but we expect with any kind of weather we are going to have a fairly significant growth in our business in the fall, in the back half of the year.” 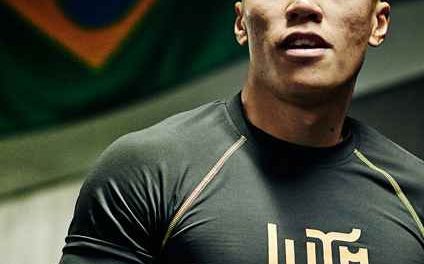 Tennis Participation in the U.S. Grows to 17.9 Million Players