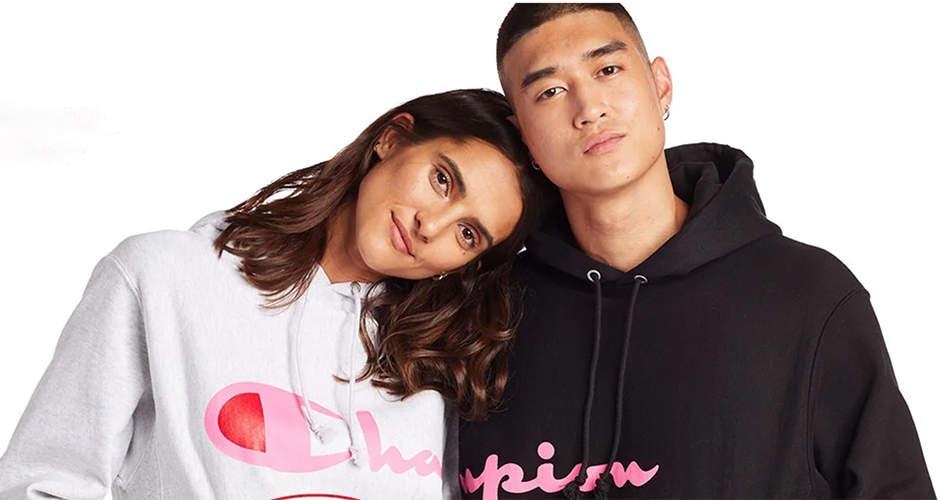 Sales comparisons exclude revenues from C9 Champion, which is being phased out from Target.

Said Gerald Evans Jr., HanesBrands’ CEO, on the company’s fourth-quarter conference call with analysts, “On a constant currency basis, global Champion, excluding C9, generated more than $1.9 billion of revenue in 2019, an increase of more than $1.1 billion in just three years.”

Said Robillard, “We continue to be very bullish on Champion and in its ability to continue to grow. We saw strong POS through the holiday periods around the world as well, and we are well on our way, obviously, to reaching our $2 billion goal in 2020 two years early, and we believe we can add the next billion in the next four to five years.”

Asked about the potential to add another $1 billion to Champion’s annual sales, Evans said the growth would come from “simply being predominantly a men’s brand to one that becomes across genders and includes a kid’s business as well.”

A “tremendous opportunity” exists for expanding Champion in Asia as well as further expansion in Europe. Evans added, “And then there are categories out there that we really don’t play in such as outerwear, and we also are in the midst of partnering with a company on some initial shoe offerings. So, we see a lot of avenues to grow and we would see it, or sort of, as being consistent growth over time.”

Evans added that he expects to see Champion to “continue to see the balanced growth really between international and the domestic piece.” Innerwear for Champion is “growing at a very rapid rate” to support growth potential in the core activewear business.

Champion’s activewear sales, excluding C9 Champion in the mass channel, increased more than 14 percent in the quarter. C9 Champion sales decreased 26 percent as that program continued to wind down to its conclusion in January 2020. Sales in the remainder of the Activewear segment declined but performed better than expected. Other brands in the Activewear segment include Alternative and Gear for Sports as well as the active offerings of Hanes and JMS/Just My Size.

Sales of Innerwear basics decreased 5 percent as a result of earlier-than-planned disruption from ongoing store resets in the mass channel that is expected to generate increased space and share beginning in the second half of 2020. Sales of Innerwear intimates decreased 2 percent, which was sequentially better than the third quarter and consistent with expectations. Bra revenue increased slightly and contributed significantly to segment operating margin expansion. Successful market performance of the EasyLite and DreamWire bra innovations are contributing to revitalization efforts.

In the international segment, sales were down 6.9 percent to $650.8 million. Operating earnings dipped 1.8 percent to $96.8 million. Operating profit was reduced by the bankruptcy-related bad-debt expense and negative foreign exchange rates on operational transactions. On a constant-currency basis, sales increased 10 percent and operating profits increased 1 percent. Sales for the International segment’s activewear and innerwear businesses increased more than expected.

For the current year, Hanesbrands expects:

For the first quarter, Hanesbrands expects:

When comparing the midpoint of first-quarter 2020 guidance to 2019 results, rebased to account for the exits of the C9 Champion and DKNY programs, net sales are expected to decrease 1 percent, adjusted operating profit is expected to be flat, and adjusted EPS is expected to increase 14 percent.