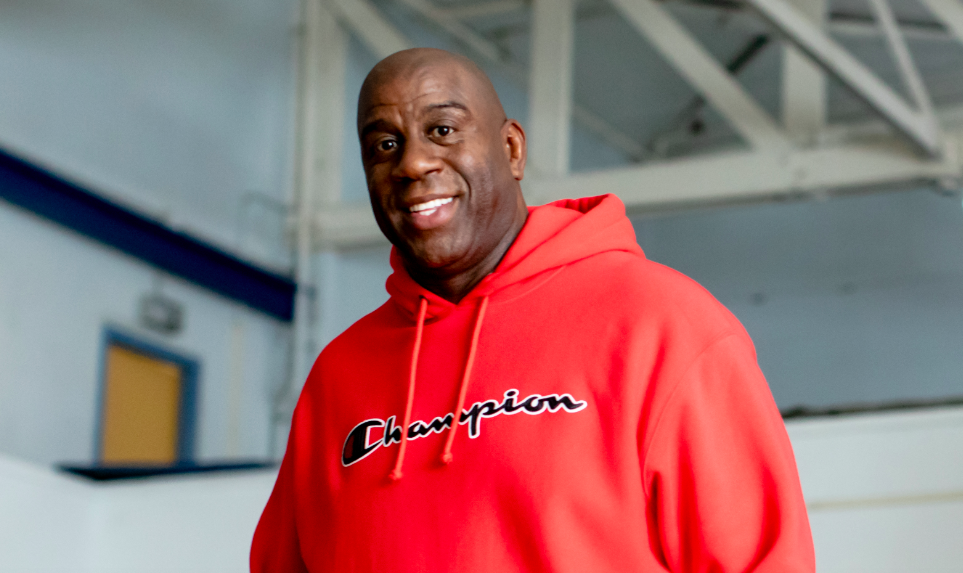 Champion is partnering with sports legend Magic Johnson to support its centennial anniversary campaign – “100 Years for the Team” – that will explore what it means to be a team. As  part of the campaign, Champion will engage with teams small and large around the world to share their passion about teamwork and what it means to them to be a team.

Throughout the year, Champion will highlight and celebrate teams through social media, a special website, exclusive product collections, events and influencer partnerships. Select teams will even be featured in a centennial celebration video.

“This significant milestone for Champion allows us to reflect on what ‘team’ and the evolution of ‘sports’ means today to consumers around the globe,” said Jon Ram, group president, global activewear, Hanesbrands Inc. “Helping people come together as teams and being innovators in the industry has been an important part of our brand’s story since the very beginning. Now is the time to look ahead and celebrate how teams today have the power to change the world for the better, and how we assist in enabling them.”

In the film, Johnson shares his reflections and insights into what truly makes a great team.

“As part of the ‘Dream Team’, I experienced first-hand the power of people coming together to achieve great things,” said Johnson. “I’m pleased to celebrate the power of teams in Champion’s 100th anniversary campaign.”

From its inception, Champion has been a part of some of the most important moments in sports and cultural history. From designing collegiate apparel to supplying military uniforms, and dressing iconic sports teams such as the gold medal-winning 1992 U.S. Olympic Men’s Basketball “dream team,” Champion has outfitted a broad range of teams over the past 100 years. Champion has also been at the forefront of innovation since its establishment with patented creations, such as the  iconic Reverse Weave sweatshirt. In 2018 the Reverse Weave hoodie was permanently installed into the Museum of Modern Art in New York City.

Throughout the year, Champion will showcase a variety of modern-day teams while also looking back at key milestones in the brand’s rich history that have cemented the signature ‘C’ logo within sports and popular culture. The 100th anniversary campaign will feature a global digital and social media campaign, a limited-edition Century Collection, and partnerships with key influencers.

“The ‘100 Years for the Team’ campaign allows us to connect with teams throughout the world to really show what team means during our centennial anniversary, in addition to partnering with the legendary Magic Johnson to celebrate and explore his own authentic history of passion and team spirit,” said David Robertson, Director of Brand Marketing. “Whether you’re a sports team of four from Tokyo or a team of three hundred from Texas interacting in everyday life, Champion wants to find you and to share your story.”

Teams are encouraged to share their stories via social media using #Champion100 or through the Champion100.com website for the opportunity to receive limited-edition product, be featured in a centennial celebration video and spotlighted on Champion’s social media channels and website. Limited-edition product collections, events and influencer partnerships will be announced throughout 2019.