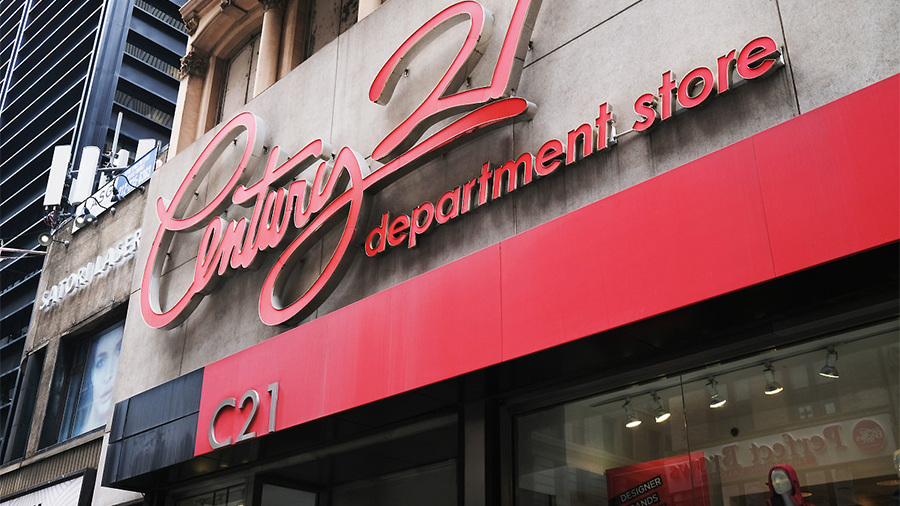 Century 21 announced plans to reopen in Spring 2023 at its former location near the World Trade Center in downtown Manhattan. The reopening comes two years after the store closed due to the pandemic.

“In our 60-year history, we have only closed our doors twice, once after the devastation of 9/11 and again during the COVID-19 pandemic,” said Raymond Gindi, Century 21 co-chief executive officer, in a press release. “But we have persevered like the true New Yorkers we are.”

The family-run business is partnering with retail management company Legends to reopen the one location, a move to boost the retailer’s online presence and offer a “more streamlined customer shopping experience through in-store upgrades.”

The reopened store at Cortlandt Street will occupy four floors of its former location downtown, reduced from its previous seven floors. The retailer is also updating its logo to include “NYC” to emphasize its “Big Apple roots,” the release said.

“Century 21 is, and always will be, a New York City brand,” Raymond Gindi, Century 21′s co-CEO, said. “Our flagship store has been a long-time symbol of this city’s resilience and unwavering spirit.

In February 2021, the company announced that it would bring back brick-and-mortar stores but did not announce what locations would reopen.

The company was founded in 1961, with its first location in Bay Ridge, Brooklyn. The flagship Cortlandt Street store in Manhattan, with proximity to the World Trade Center, was damaged on 9/11. After undergoing renovations, it reopened in February 2002.

Before its closure, Century 21 had 13 stores, mainly in the New York metro area.