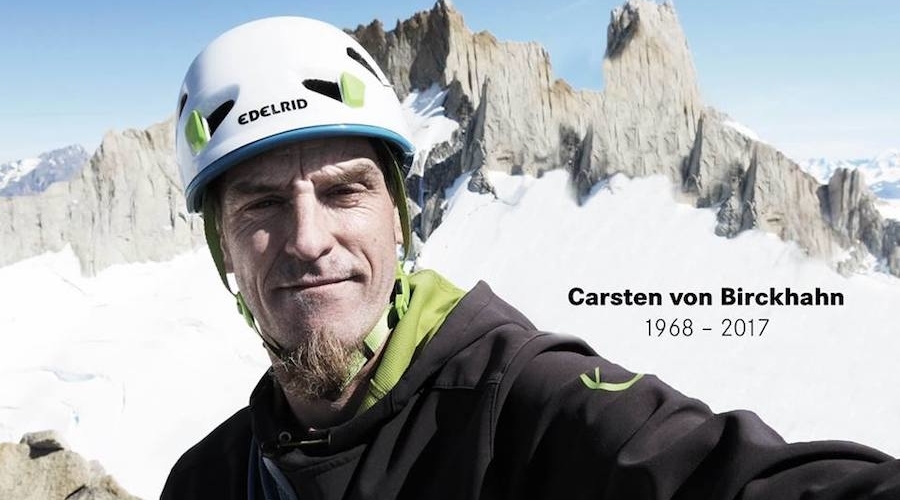 “He was a pioneer and a hands-on man; a mountain enthusiast and a gear innovator,” Edelrid wrote in a company statement. “He made his vision – making the world safer and simpler for mountain sports enthusiasts – the mission for a whole company. Thanks to his innovative drive, his tireless commitment, his experience and great love for mountain sports, Edelrid is today one of the most successful mountain sports brands on the market. Carsten lived and loved mountain sports – at work as well as in the mountains. In addition to regular climbing expeditions in his native Patagonia, he would recharge his batteries in Val di Mello and had a genuine thirst for action and adventure. On Saturday, July 15 2017, he suffered a fatal paragliding accident on the landing approach after spending two days with his family at the Manzi bivouac in Val di Mello. With profound sadness, we mourn for and pay our respects to our colleague and friend Carsten von Birckhahn, who has shaped everything we have done for so many years, and who was leading us forward to a promising future. Edelrid is grieving for its Brand Manager, Board Member and friend Carsten von Birckhahn.”