Canadian Tire Corp, Ltd. outlined its three-year vision for annual growth of at least 9 percent at FGL Sports, which largely includes Sport Chek. The projection was made at Canadian Tires annual analyst meeting that also included annualized sales growth targets of at least 3 percent at its flagship Canadian Tire chain and 5 percent or more at Mark’s, its work wear chain. In addition, the company announced targets for return on invested capital of 9 percent by the end of 2017, return on receivables growth in the financial services business of at least 6 percent and average diluted EPS growth of 8-10 percent over the three-year period.

At the meeting, Michael Medline, president and incoming CEO of Canadian Tire Corporation, said that since completing the acquisition in August 2011, FGL Sports has achieved 12 positive comp quarters in a row. Sport Chek, by far the biggest part of FGL, has put together three double-digit quarters in a row of comp and there’s more growth to be had.

Medline noted that since acquisition, FGL Sports has had a simple two-part strategy: expanding Sport Cheks footprint and building an unassailable connection with our target customers.

At the meeting, Medline noted that some of its existing Sport Chek stores are being converted to 12 to 14 Hero stores in addition to the flagship stores. Many incorporate some of the prime elements of its West Edmonton Mall location, an 80,000 square-foot retail store opened earlier this year that features 800 in-store screens showing 240 channels of digital content.

A new Burnaby flagship will open this November, and Medline announced plans to open a 75,000 store at Square One in Mississauga and a 45,000 square foot location at Yorkdale in 2015. At least two more flagships are expected to open in 2016 and Medline sees room for 10 to 12 flagships across Canada. In Spring 2015, a Sport Chek store is set to replace a Real Sports store in Maple Leaf Square, the home of the Maple Leafs hockey team. The store will bring our brand and products even closer to our customers.

Noting that Sport Chek has historically found challenges finding prime real estate, Medline cited the Maple Leaf Square lease as a sign that Sport Chek has the opportunity to put a store in any space. Our vital relationship with landlords has completely turned around.

In addition to securing better real estate, Sport Chek is accessing better brands, including Quiksilver, Roxy, Arcteryx and Ping Golf starting to sell to Sport Chek. Said Medline, We are getting the best products in the world from the best brands in the world – the Nikes, Adidas, Under Armours, North Face, Columbias, Bauers.

He also Sports Chek intends to become the world-class destination for sport technology, while admitting he could offer few details on the plan. He added, You will begin to see new vendors and partners, many of which are considered global icons, selling their products in our stores. Weve already started down this journey with the additions of technology-infused basketballs, tennis rackets and wearables.

Beyond expansion and brand upgrades, Sport Chek is also working to deepen our emotional connection with our customers. The brand reinivention started three years ago and focused on a group of active lifestyle achievers that represented just 27 percent of the countrys shoppers yet drove about 59 percent of all sporting goods sales in Canada.

We refined the Sport Chek brand to speak directly to those core customers, Medline said. And in just three years, weve moved every single retail metric we track by 10 to 20 points more favorable. And the trailer indicator of success is more than a higher likelihood to shop or increase brand affinity. We see a material strength in week-to-week comp store sales that simply did not exist three years ago.

He added about the target group, By connecting on a highly emotional level, this target group started to see Sport Chek as the enabler, the catalyst to help them live more active and healthier lives to find their better.

Beyond ads, the group was reached through social media channels, strategic sponsorships and digital marketing. Said Medline, We created an extensive digital footprint that engages consumers through Google, through Facebook and Twitter and YouTube. And our Blue Jay video celebrating players and their fathers achieved 9 million social impressions, 80 percent of which were organic, driven by one-to-one conversations with fans and influencers.

The companys overall Olympic partnership is only getting started and one that Canadians care a lot about, with the Sport Chek Olympic ad resulting in the strongest recall and brand link the company had ever seen. Its digital flyer in particularly enables Sport Chek to target the 18- to 34-year-old demographic with inspirational marketing content.

This year alone, we pulled the paper flyer completely and replaced it with a digital flyer four different times to test and learn, said Medline. In each case, we drove significantly more sales and provided our stores with the flexibility to adjust for weather, geography and categories on the fly. This trend to digital flyers will continue as we aim to transition more than 20 percent of our print spend to digital in 2015.

Canadian Tire and FGL Sports combined are the fifth largest sporting goods retailer on the planet, asserts Medline. Fifty-seven percent of Canadian sporting goods buyers have purchased from one of the CTC companies for sports in the past 12 months. Only 24 percent of those purchases are Canadian Tire, and we can do more. We brought over one of our top FGL merchants to run Playing at CTR. We created a halo around our sports brands with our Olympic sponsorships and partnerships with Canadian athletes and are putting in new hiring and recruiting strategies focused on ensuring that our in-store staff and category specialists in sports are sports enthusiasts. They got to love sports.

That emphasis is also embraced by its We All Play for Canada platform. The effort will include getting kids active for an hour a day in schools through the Active at School program, and helping families in need get their kids into organized sports programs through the company’s charity, Jumpstart.

Medline said Canadian Tires focus around sport through such sponsorships has not only enabled us to connect with our customers through our marketing but also in our communities. Since its inception, Jumpstart Charity has given back more than $70 million and helped more than 800,000 children live a healthier and more active life. It’s a legacy that’s important to us, but also one that matters to Canadians.

The three-year plan overall also includes a generational shift program to target a younger demographic and focus on digital investments, including a vastly improved website.

Our current online presence is disappointing and not up to our standards yet. In fact, it reflects poorly on our brands, said Medline.

Canadian Tire has put into place 70 percent of the infrastructure it needs for an improved digital presence that offers customers more than just online shopping. The goal is to make the companys site an online hub, keeping customers entertained, informed and engaged.

The web sites today all look the same. Ours needs to be different. We will create a unique online destination that will inspire customers to keep coming back, said Medline.

Canadian Tire wants to better target 30- to 49-year-olds with a focus on young families. Canadian Tire will offer more items such as indoor sleepover tents, snow paint and outdoor skating rink kits to target young families but the shift will also be noticeable in marketing. Medline elaborates, Instead of ads featuring dad painting the deck, new one will focus on a father and his young son building a tree house.

Also at the meeting, the company expects to make an average annual capital investment of $575 million from 2015-2017, including significant new investments in digital technology and an expansion and upgrade of the company’s store network.   These investments do not include expenditures related to distribution center capacity and any properties acquired by CT REIT from vendors other than the company.

The company announced that it intends to buy back an additional $400 million of its stock and also confirmed that it will maintain its dividend policy, paying out 25-30 percent of the prior year’s normalized earnings.

As the company continues to evaluate possible acquisitions to grow core categories, it will look for companies with a strong financial outlook, a brand with great potential, a profitable base and runway for growth. Also, any acquisition must have a distinctive long-term value proposition that can be strengthened through existing CTC expertise.

We are picky as hell and I would rather stay in Canada, I guess, because it’s our home market, added Medline. Now importantly, I am not trying to signal you on anything here. We do not have an imminent transaction in the pipeline. The headline here is not ‘Canadian Tire is Moving South. That’s not what Im saying. But if we saw something great, wed consider it. 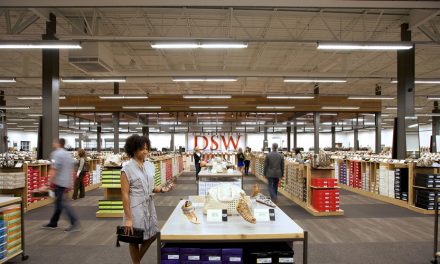 TAF Parent Swings to Profit in Q3, Revenues Down 11%