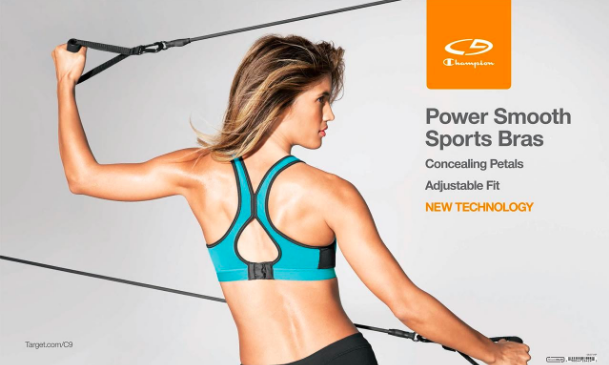 Shares of HanesBrands fell $4.30, or 19.3 percent, to $17.96 on Wednesday after management said the wildly-successful C9 by Champion line would be exiting Target once the contract expires in January 2020. Gerald W. Evans Jr., Hanesbrands CEO, said the brand is close to maturity on Target’s selling floors and the company was sticking to target for Champion’s global sales to reach over $2 billion by 2022.

The C9 line, which is an exclusive to Target, was launched in 2004 in the activewear category and was able to expand into bras, shoes and other fitness-related products, including even fitness equipment. C9 accounted for about $380 million in sales for HanesrBrands last year. The last C9 apparel will be off Target’s shelves by July 2020.

C9’s departure from Target’s shelves come as the Minneapolis-based retailer launched over a dozen of the company’s own in-house brands in the last year. One of those, JoyLab, is a women’s activewear product line that overlapped with C9.

Changes after a period of time in such exclusive private-labels often happen as stores seem to be continually looking for fresh brands. The Mossimo surf-themed brand similarly had a successful long run at Target, only to be replaced slowly by other brands in Target’s stores, and was recently phased out. Iconix recently lost Starter and Ocean Pacific as exclusives inside Wal-Mart and said Danskin Now will be phased out of Wal-Mart as an exclusive by 2019.

In a statement provided to CNN, Target said discontinuing the C9 line in 2020 was part of a “multi-year broad strategy” to overhaul the exclusive brands the company sells in stores.

But the loss of the still-highly-successful line at Target surprised investors and the stock’s plunge came despite Hanesbrands’ official’s assurances during the company’s second-quarter conference call that the company doesn’t expect the contract’s end to affect the company’s 2019 outlook, or $2 billion-plus global sales goal, by 2022. The move comes as the core Champion brand is undergoing a resurgence amid a strong trend toward ’90s brands such as Champion and Fila.

The company also reported that profit last quarter fell 18 percent from the same time last year because costs and expenses both grew, adding to the stock selloff.

On the call, Gerald W. Evans Jr., Hanesbrands CEO, said Target made the decision not to renew the contract for C9 after the current agreement expires January 31, 2020. The C9 program is fully booked for 2018 and is reflected in the company’s 2018 guidance and the C9 business in 2019 is not expected to be “meaningfully different” from this year.

“Hanes and Target are proud of their partnership and remain focused on providing a great experience during the C9 transition,” said Evans. “Today’s announcement does not affect the balance of our ongoing Target business, where we look forward to continuing our longstanding partnership of driving mutual growth with our leading national brands. As we look out over the next several years, the progress we’re making across our multiple growth initiatives, including Champion, as well as our diversified global business, leaves us well positioned and gives us great confidence that we can achieve all of the long-term goals we set at our Investor Day.”

Champion’s second-quarter performance also showed that the Champion brand is on fire with sales expanding 18 percent in the period and up 16 percent in constant currency.

In the Q&A session, Evans said the C9 has begun to “mature” at Target.

“It’s a long-running partnership,” said Evans. “It’s over 15 years old. It was one of our original growth initiatives in the Champion business, actually pre-spin for us, and it’s been a wonderful experience for us. But as businesses do, they do mature over time, and this one has certainly begun to mature, the fantastic product out there, but it has begun to mature.”

One analyst on the call, Doug Thomas at Gamco Investors, said he believed Target made a mistake by walking away from C9 given that the Champion brand overall is gaining so much buzz in fashion circles.

“I just feel like Target must be really out of touch with maybe their core consumers,” he said. “This is the time in my view—and I guess a lot of other people’s view—to redouble their commitment to Champion.”

Evans answered, “Well, Doug, let me say first thank you for your comments on the strength of Champion, and we too believe it’s got tremendous momentum and feel really good about its momentum going forward toward that 2022 goal of $2 billion.”

In the quarter ended June 30, HanesBrands reported net sales growth of 4 percent to $1.72 billion versus a guidance range of $1.7 billion to $1.725 billion. Organic sales in constant currency, which exclude acquisition contributions, increased slightly.

GAAP diluted EPS for continuing operations was 39 cents a share compared with guidance of 38 to 40 cents, and adjusted EPS excluding actions was 45 cents, compared with guidance of 44 to 46 cents. GAAP EPS and adjusted EPS decreased 17 percent and 15 percent, respectively, reflecting lower operating profit, a higher corporate tax rate for 2018 as a result of U.S. tax reform and higher interest expense.

The acquisition of Alternative Apparel contributed $20 million in sales. Champion sales increased more than 70 percent outside the mass channel, which consists of Target as well as some Hanes activewear sales. Growth was driven by strong consumer demand, specialty channel space gains and online penetration.

On the call, Evans noted that at last year’s Investor Day, HanesBrands highlighted that within Activewear, the company is seeing an ongoing convergence of casual and performance apparel and the consumers are demanding brands with athletic authenticity.

“Over the past several years, we have driven a brand-elevation strategy for Champion to capitalize on these consumer dynamics. We have reunited the brand globally, allowing us to coordinate product design around the world,” said Evans. “We’ve significantly increased our investments, including engaging directly with the consumer through digital platforms, and we’re expanding our global points of distribution, including our owned branded stores. These elevation efforts are paying off and have driven strong demand for the brand across geographies, across product categories and across channels.”

Global Champion sales in constant currency have grown at a mid-to-high-teens rate in each of the past four quarters, with all of the growth coming from outside the U.S. mass channel.

Excluding the U.S. mass channel, Champion’s constant currency growth has been in the high-20-percent-to-low-30 percent range over the last four quarters. Moreover, growth outside the mass channel continued to accelerate in the quarter, increasing 33 percent globally. And in the U.S., growth accelerated to over 70 percent, up from 50 percent in the first quarter and 40 percent in the second half of last year.

Said Evans, “Looking forward, we believe the strong momentum of our Champion brand-elevation initiative will continue to drive growth in existing accounts, as well as distribution expansion in new accounts, new geographies and our owned retail stores, positioning us to achieve $2 billion of Champion sales by 2022 outside of the mass channel.”

As far as third-quarter guidance the company expects a return to margin expansion in the second half and an increase in the organic growth rate.

Golfsmith to Give Away Free Callaway Drivers if Mickelson or Mediate Win the U.S. Open