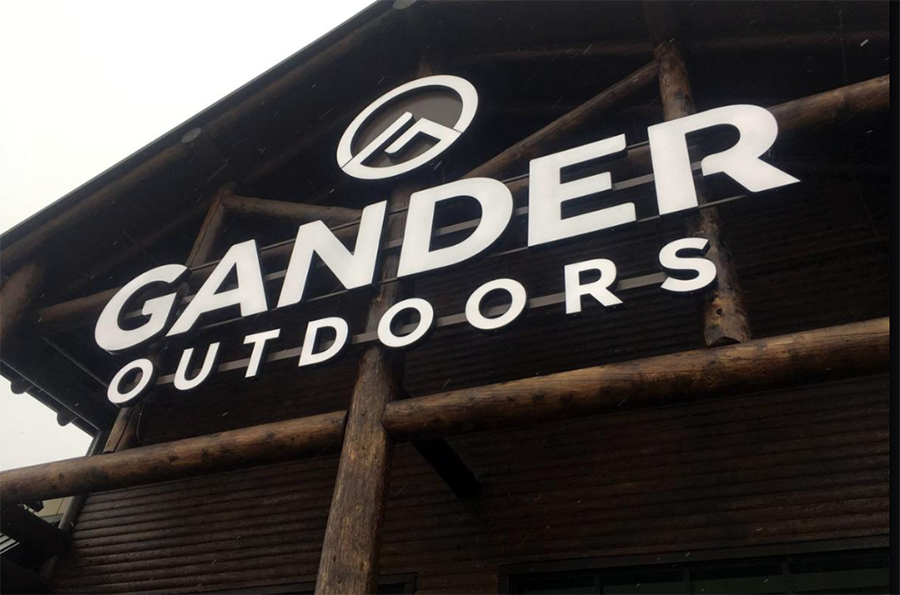 Speaking at the Baird’s 2018 Global Consumer, Technology & Services Conference, Camping World CEO Marcus Lemonis revealed that Camping World’s plan all along has been to add RV dealerships to the acquired Gander Mountain locations.

At the conference, Lemonis revealed “Gander RV,” which he described as the “final strategy” following last year’s acquisition out of bankruptcy proceedings of Gander Mountain. The purchase also included Overton’s.

“I think a lot of people were under the impression that we thought it was a good idea to get into the pure-box retail business and sell sporting goods,” said Lemonis. “That was never ultimately the plan. The goal was to get into markets and into real estate that allowed us to go in and install RV dealerships into as many as we possibly could and come through the marketplace in the back door.”

He said in certain markets where Gander Mountain operated stores, mentioning Minnesota, Wisconsin, Texas, Pennsylvania, Ohio and Indiana, Camping World was “missing market share and we did not see acquisition opportunities that were attractive” as well as promising real estate opportunities. He said the move to buy Gander Mountain was less expensive from a real estate standpoint on a long-term basis versus buying land and building dealerships, which have an average rent of $50,000 to 70,000 a month.

Overall, Lemonis said the company’s goal continues to be “really owning the RV space,” and he reiterated that the company makes money in two ways. One is increasing the number of transactions through the travel, trailer and fit-wheel business, as well as through the installation of service and parts. The second is growing the company’s customer file of Good Sam Club members. The program offers warranties, road side assistance, insurance, credit cards, magazine subscriptions. show admission fees and other perks. Camping World currently has 1.85 million members and the program brings $100 million in EBITDA annually.

Said Lemonis, “Our most important asset is Good Sam Club because it is the holy grail in understanding the customer information in who they are, where they travel, how they go.”

Part of the reason that Camping World didn’t disclose the company’s full intentions to extend RV-selling to Gander locations was because the company was developing a home delivery program, which was also launched on Wednesday. Logistics and technical details were also not “completely fleshed out” with the reopening of the Gander Outdoors stores.

But Camping World also didn’t want to alert the company’s RV competitors in the regions they were entering too early. Said Lemonis, “The plan always was to use those as entry points for additional dealerships. What I wasn’t willing to do was have competitors in Minnesota, Wisconsin, Indiana, Illinois, Pennsylvania and Texas brace for it, prepare for it and strategize for it. We wanted to get the store set up. We wanted to get the processes and the licensing set up.”

Of the 61 Gander Mountain leases that Camping World has committed to acquiring, 59 will be reopened as Gander Outdoors by year end. Over the next 15 months, dealerships will be opened up inside the locations. Noted Lemonis, “There’s a DMV process that goes along with that. So it’s not like snapping your fingers.”

At certain former Gander Mountain properties, Camping World is buying adjacent land and building service facilities that will be a full dealership first and Gander Outdoors second. Added Lemonis, “The way we want the marketplace to think about Gander going forward as of this morning is no different than what they think of Ketelsen RV, which is a side-by-side dealership we own; a Cullum & Maxey, which is also a side-by-side dealership we own or rvs.com, which we’re putting on certain buildings of Camping World. It’s a different veil with a different box with a historical customer base that we believe accelerates our penetration into the market faster than anything else would have been for less money.”

Including the 138 Camping World flagship stores plus the 60 Gander Outdoor locations, a minimum of 161 will have RV sales. All locations will have some RV product for sale.

Still, Lemonis did note that part of the Gander acquisition was because Camping World was missing out on a “larger share of wallet” that could be gained by selling additional products around the activities that people typically pursue while using an RV. Said Lemonis, “People buy an RV; they drive somewhere, they stop and they unhook and they stay there for 3, 4, 5, 6 days. Then they hunt, fish, camp, bike, hike.”

He also said the company further believes the younger RV buyer “has the propensity to do those things more.” With the addition of a broader outdoor mix, Camping World believes “their experience can be better enhanced by us than our competitors.”

On merchandise, Lemonis noted that Gander Outdoors’ mix is being shifted to better meet the needs of RV users. For instance, firearm assortments are being reduced versus the historical Gander Mountain mix. At the same time, marine and fishing categories are being increased because the company finds a strong connection between RV owners and fishing. Said Lemonis, “That product assortment that’s now sitting in our universe is now going to start to make its way into the larger Camping Worlds in markets like Ashville, NC, or Seattle, WA. When we believe something from that drop-down menu fits into that market, we’ll bring it in, all with a goal of more transactions and adding more Good Sam members.”

Since acquiring Gander Mountain, Camping World has also acquired a number of other smaller businesses in the outdoor space. They include TheHouse.com, Uncle Dan’s, W82, Erehwon Mountain Outfitters and most recently, Rock/Creek Outfitters. The businesses generated over $39 million in the first quarter.

Lemonis said the company will continue to explore acquisitions “in normal course” and doesn’t need to secure any additional fund in the debt market to support its tuck-in acquisition strategy.