In you wondered why CamelBak would possibly want to take on Brita in the market for water-filtering pitchers, consider the outdoor products company’s fourth quarter financial results.

The Petaluma, CA maker of bottles, hydration packs and gloves attributed significant declines in sales, gross margins and earnings to a drawdown in U.S. troops abroad and the absence of a contract with the U.S. Marine Corps that had generated $6.6 million in sales a year earlier.
The results demonstrate the challenge a handful of outdoor gear and footwear companies have faced in recent years as military sales that surged with overseas deployments shrink just as rapidly as the country winds down two wars and looks for ways to balance its federal budget. With Secretary of Defense Chuck Hagel’s recent proposal to cut an additional 80,000 Army jobs in coming years, there is little relief in sight.
Parent company Compass Diversified Holdings Inc. reported last week that CamelBak’s net sales declined $17.7 million, or 11.2 percent, to $139.9 million in the fourth quarter ended Dec. 31, 2013 compared with the same quarter a year ago. CODI attributed most of the decline to the lapse of the USMC contract, which was fulfilled in the first quarter of 2013, and an overall decline in demand from the U.S. military resulting from the continued draw down of combat troops.
Gross margins fell to 43.8 percent, down from 54.2 percent a year earlier. CamelBak’s net income reached $17.9 million, down 29.8 percent from 2012, according to a annual earnings statement filed by Compass Diversified Holdings Inc.
CamelBak derived 44 percent of its revenue from hydration packs, 42 percent from bottles and 3 percent from gloves in 2013, compared to 50, 34 and 6 percent in 2012. The balance of sales were earned from selling accessories, including one that enhances the performance of military products by adding resistance to chemical and biological agents or allowing integration with standard issue gear. For example, the HydroLink allows war fighters to replace their bite valve with a connector so they can hydrate while wearing their gas mask.  Accessories accounted for approximately 11 percent, 10 percent and 11 percent of CamelBak’s gross sales for the twelve months ended Dec. 31, 2013, 2012 and 2011, respectively.

Camelbak is among a dozen or so recreational brands that saw military sales surge with the U.S. invasions of Afghanistan and Iraq. Much of that growth came through the Pentagon’s Rapid Fielding Initiative, which sought to speed up procurement for soldiers on the front lines by allowing them to order supplementary gear without having to go through the DOD’s cumbersome bidding processes. In addition, many soldiers, or their families, have opted to purchase gear from CamelBak, Granite Gear, Oakley and other vendors to supplement or replace standard equipment issued by the military.

While CamelBak estimates it supplies about 85 percent of the hydration packs and a significant share of the gloves sold through such channels, it ended the year with total backorders totaling $21.6 million, down $7.7 million, or 26.3 percent, from a year earlier.

In 2014, the company expects top line growth to resume, but EBITDA – excluding earnings from the expired USMC contract  is expected to remain flat as sales shift to less profitable consumer products. On March 6, for instance, CamelBak launched the Relay pitcher, which CamelBak claims filters water much faster than existing products such as Brita, which is own in North America by The Clorox Co. CODI CEO Alan Offenberg said consumers spend $250 million a year on such pitchers and that while its is highly competitive, the market is growing in the solid, single digits. 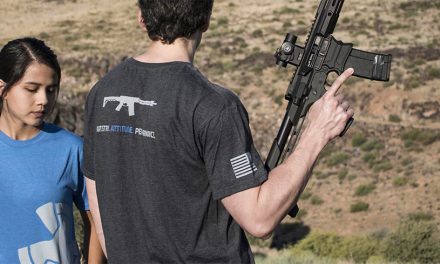