Callaway Golf Company announced today that Robert K. Julian has left the Company and that it has appointed Brian P. Lynch, its general counsel, to the additional role of interim chief financial officer. The company emphasized that Julian’s departure was not related to any disagreement in accounting or financial reporting matters and that there has been no adverse change in the company’s business.

The company intends to consider both internal and external candidates in its search for a chief financial officer. Brian Lynch has been with Callaway in various roles for more than 17 years and was named general counsel in 2012. During his nearly 30-year career, Lynch has helped handle a wide range of legal, strategic, financial, operational and administrative matters for public and private companies.

“We thank Robert for his many contributions during his time with Callaway and wish him well with his future endeavors,” said Chip Brewer, president and chief executive officer of Callaway Golf Company. “Brian has been very involved in all key strategic and financial matters since I joined Callaway, including our SEC compliance and public accounting and reporting matters, and I look forward to working with him to ensure a smooth transition.” 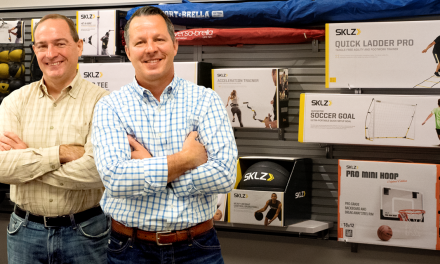 Schrupp Promoted to Communications Director of PSIA and AASI