Huntsville
Construction on the 80,000-square-foot store is scheduled to begin this fall and Cabela's anticipates a fall 2015 opening. It is expected to employ approximately 180 full-time and part-time employees, most from Huntsville and the surrounding area.

The store, which is Cabela's first Alabama location, will be located in the newly planned Parkside Town Centre development near the intersection of Interstate 565 and 255 at Governors West Road.

“As we continue to expand our retail footprint in the Southeast, Cabela's knew we needed a store in Alabama,” said Cabela's Chief Executive Officer Tommy Millner.  “With such a remarkable outdoor heritage and lifestyle, Alabama certainly is a Cabela's kind of place.”.

Oklahoma City
Construction on the 80,000-square-foot store – Cabela's first Oklahoma location – is scheduled to begin later this year and the company anticipates a fall 2015 opening. The store will be located in the newly planned Chisholm Creek development near the John Kilpatrick Turnpike at N. Western Avenue.

“Cabela's couldn't be more excited to announce our first Oklahoma location,” said Millner. “Customers across Oklahoma have been asking us to bring a Cabela's store to the state for years and we look forward to bringing them the extraordinary Cabela's experience.”

The store will employ approximately 180 full-time and part-time employees, with most coming from Oklahoma City and the surrounding area.

The store is expected to employ approximately 170 full-time and part-time employees, most from Woodbury and the surrounding area. It will be located adjacent to the Woodbury Common Premium Outlets near the intersection of Highway 6 and 17 at Averill Avenue.

Cabela’s operates 56 stores across North America and has announced plans to open an additional 21 over the next two years. 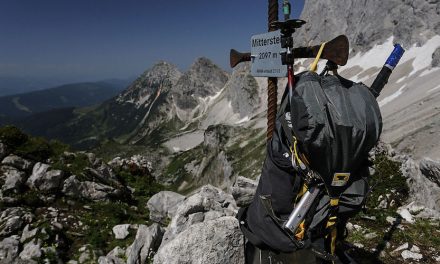 Construction is scheduled to begin later this year and Cabela’s plans to open the location in spring 2015. The 42,000-square-foot store will be located in the Sandcreek Commons development near Hitt Road and Sunnyside Avenue off Interstate 15, serving the greater Idaho Falls area.

It will be Cabela’s third Idaho location, joining the Boise store opened in 2006 and the Post Falls store opened in 2007. Cabela’s expects the store to employ approximately 90 full-time and part-time employees, most of whom will come from Ammon and the surrounding area.

The Ammon store will be designed with a rugged look and feel and offer seasonal product assortments. In addition to thousands of quality outdoor products, the store also will feature museum-quality wildlife displays, innovative digital signage, an indoor archery range and archery tech room, gun counter and more.

Customers will be treated to the exciting Cabela’s shopping experience with access to all Cabela’s merchandise via online order kiosks, as well as free shipping with an in-store pickup program. In-store pickup allows customers to order Cabela’s gear ahead of time and pick it up at their convenience at the store of their choice.

“It’s incredibly exciting to announce a third location in Idaho, a place Cabela’s loves,” said Tommy Millner, Cabela’s Chief Executive Officer. “The continued loyalty of Cabela’s customers across the state, coupled with the success of our Boise and Post Falls locations, made it an easy decision to open a store in Ammon.”

Construction is scheduled to begin in 2015 and Cabela’s anticipates a spring 2016 opening. The 97,500-square-foot store will be located in the Short Pump Station regional shopping center near the intersection of West Broad Street and Cold Hill Lane along Interstate 64, serving the greater Richmond area.

It will be Cabela’s second Virginia location, joining the Bristol store scheduled to open in 2015. The store will employ approximately 150 full-time and part-time employees, with most coming from Richmond and the surrounding area.

The store will be built in Cabela’s next-generation layout, designed to surround customers in an outdoor experience. It will feature thousands of quality outdoor products, as well as museum-quality wildlife displays, a mountain with a built-in aquarium, gun library, bargain cave, indoor archery range and archery tech room, boat shop, fudge shop and deli. It also will feature a Wildlife and Land Management department offering a full complement of tractors, attachments, feed and seed and more.

“The tremendous reception we received to the Bristol announcement made it clear that Virginians are hungry for the Cabela’s retail experience,” Millner said. “We’re thrilled to begin the project and look forward to opening the doors.”

Construction is scheduled to begin later this year and Cabela’s projects a fall 2015 opening. The 70,000-square-foot store will be located in Catoosa County near the intersection of Interstate 75 and State Route 146 in a development currently anchored by Costco, serving the greater Chattanooga, Tenn., area.

The store will include a mountain replica featuring North American game animals recreated in their natural habitat, an aquarium, bargain cave, indoor archery range, deli and more, in addition to thousands of quality outdoor products.

“This store will allow us to better serve the thousands of outdoorsmen and women who live the Cabela’s lifestyle across the region,” Millner said. “We look forward to serving the area for years to come.”

Currently, Cabela’s operates 50 stores across North America with plans to open an additional 23 over the next two years. 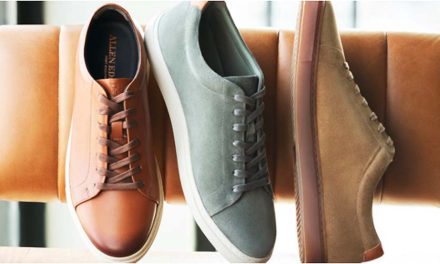