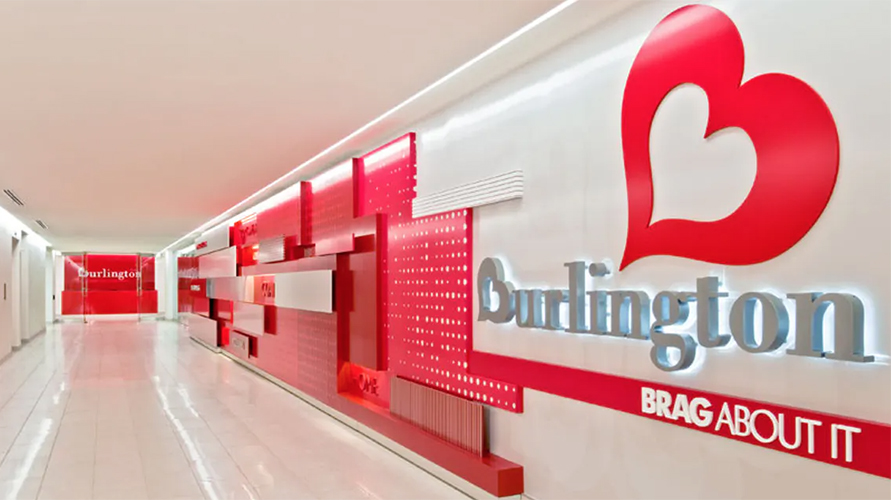 Burlington Stores reported earnings fell 24.2 percent in the fourth quarter on flat comp sales. The off-pricer also set a new store target to reach 2,000 stores, up from the previous goal of 1,000 stores.

Michael O’Sullivan, CEO, stated, “We saw comparable-store sales improve sequentially as the quarter progressed, starting with a double-digit decline in November, improving to flat in December and then accelerating to double-digit growth in January. I was pleased with how we navigated this trend and utilized core Burlington 2.0 strategies—chasing sales, buying opportunistically and operating with leaner inventories. Looking ahead, the retail environment is likely to remain unpredictable for some time. We are planning 2021 comparable-store sales conservatively but will manage liquidity to chase sales if the trend is stronger.”

O’Sullivan added, “Today, we are excited to announce the expansion of our store count potential to 2,000 stores from 1,000 stores previously. This new target takes account of the significant market share opportunity that we see ahead of us and of the improvements we are making in our business with Burlington 2.0 and, in particular, the significant reduction in inventory levels and the smaller store footprint that this enables.”

Outlook
Given the uncertainty surrounding the pace of the recovery of consumer demand and the ongoing COVID-19 pandemic, the company is not providing specific sales or earnings guidance for Fiscal 2021 (the 52-weeks ending January 29, 2022) at this time.

The company is providing the following Fiscal 2021 guidance items:

New Store Target
Based on the smaller store format enabled by Burlington’s 2.0 strategy and the opportunity presented by accelerating retail disruption and industry-wide store closures, the company has increased its long-term store target to 2,000 stores, up from its previous store target of 1,000 stores, which was established in connection with the company’s IPO in 2013. The company operated 761 stores as of the end of the fourth quarter of 2020.