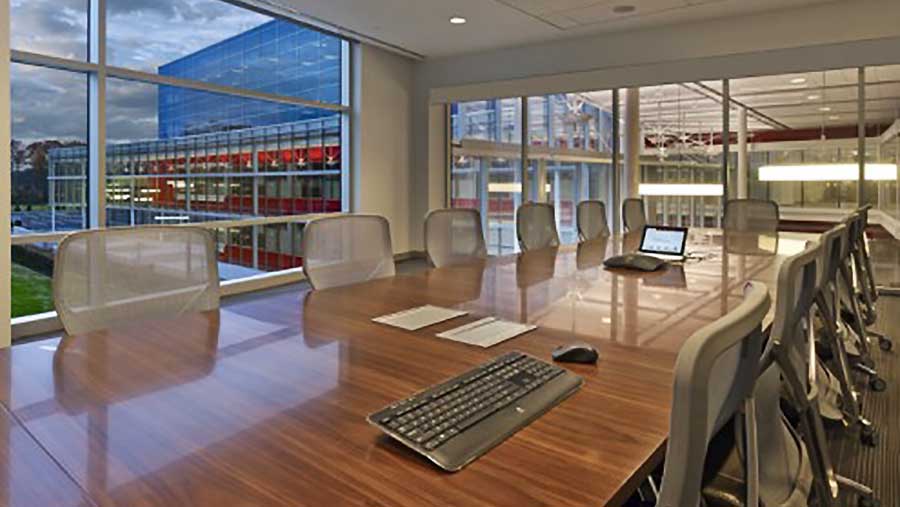 S&P Global Ratings raised its issuer credit rating on Burlington Stores to ‘BB+’ from ‘BB’ as the off-price retailer’s sales continue to recover strongly as the U.S. emerges from the pandemic.

At the same time, S&P raised its issue-level rating on the company’s term loan to ‘BBB-‘ from ‘BB+’ and revised its recovery rating to ‘1’ from ‘2’ to reflect its improved recovery prospects following the redemption of the senior secured notes.

The stable outlook reflects S&P’s expectation that Burlington will sustain its good performance and maintain leverage of less than 3x, which is consistent with its stated intention to reduce its gross leverage.

S&P said, “We expect the company to reduce its leverage to about 2.5x and sustain it near that level as its sales and profitability rebound strongly this year. Burlington improved its comparable-store sales by 20 percent in its first quarter, ended May 1, 2021, relative to the same period in 2019, and expanded its EBITDA margin by over 300 basis points (bps), which led to a 75 percent increase in its reported EBITDA. This dramatic improvement in the company’s performance highlights the supportive economic backdrop, the subsiding consumer fears around the pandemic, and Burlington’s resilient business model as an off-price retailer. For 2021, we now project the company will improve its comparable sales by 5 percent to 10 percent relative to 2019, which is stronger than our prior expectation for a low single-digit decline. While the strong rebound in Burlington’s sales may be short-lived as the increase in consumer discretionary spending associated with government stimulus payments and pent-up demand is exhausted, our base-case forecast assumes an approximately 20 percent increase in the company’s total revenue and the addition of more than 100 stores to its footprint over the two-year period ending in fiscal year 2022.

“We expect the company to improve its profitability to 2019 levels despite the ongoing supply chain issues and the potential return to a more promotional environment. Lingering industry-wide supply chain disruptions remain a risk to our forecast for an improvement in Burlington’s profitability given that these issues limited the expansion of the company’s margin in the first quarter. However, we expect the improvement in Burlington’s operating leverage as it increases its sales to mostly offset these challenges for the remainder of the year, leading it to generate an S&P Global Ratings-adjusted EBITDA margin that is about flat with its results in 2019. In addition, over the past year consumers have demonstrated lower price sensitivity, which has contributed to the company’s improving merchandise margins and the reduced level of promotional activity across the apparel sector.

“We anticipate more typical competitive trends in the second half of 2021 as consumers return to more normalized behaviors. This could include some merchandise margin pressure at Burlington as consumers hold back on purchases to seek better value at competing retailers. Still, the company significantly improved its merchandise margin in the first quarter, partly due to its strategy to source on-trend merchandise in season and turnover its inventory more quickly. If the promotional environment remains favorable and Burlington continues to execute its strategy effectively. We believe its operating results may exceed our expectations.

“We believe Burlington’s financial policy supports our leverage expectations. We expect the company’s cash balances to decline from their current very high levels of about $1.5 billion as of May 1, 2021, as the environment normalizes and management uses cash to fund debt reduction and, likely, share repurchases. Still, we believe the company will maintain a somewhat higher cash balance relative to its pre-pandemic norms to ensure greater financial flexibility. Burlington has committed to using cash to redeem its $300 million senior secured notes. We net most of the company’s cash balances against its debt in our adjusted credit measures and now expect its leverage to snap back to pre-pandemic levels this year, supported by its good performance. While Burlington does not have a specific leverage target, it has publicly indicated that it intends to reduce its gross leverage. Specifically, we believe the company will likely maintain S&P Global Ratings-adjusted debt to EBITDA in the mid-2x area over the next 12-24 months. Accordingly, we revised our assessment of its financial risk profile to intermediate from significant.

“The stable outlook on Burlington reflects our expectation that it will sustain its good operating performance and maintain S&P Global Ratings-adjusted leverage in the mid-2x area. We expect the company to expand its store base at a moderate pace, which will support a consistent mid- to high-single-digit percent increase in its revenue after this fiscal year. We also expect its inventory and merchandising initiatives will continue to succeed and support good profitability.”