Russell Brands, LLC has announced Buena Vista (Colo.) High School as the recipient of the third annual “Fight Like Dylan Award,” which honors the courageous life of Dylan Rebeor, a terminally-ill player whose last wish was for new uniforms for his teammates.  In honor of Dylan’s character, courage and consideration of others, Russell will grant a $50,000 team uniform and equipment donation to Buena Vista High School for demonstrating determination through adversity.

The town of Buena Vista, Colo. suffered an awful tragedy in September, when a rock slide took the lives of five people on a family hike, including assistant football coach Dwayne Johnson and his wife, track and field coach Dawna Johnson. Three other family members also passed away, but through Dwayne’s strength and courage, he was able to save the couple’s 13-year-old daughter, Gracie Johnson. The football team was understandable overcome with emotion the rest of the season but made an incredible run, finishing with an 11-1 record before falling in the CHSAA 1A Football Championship state semifinals.

“We had an extremely difficult decision this year with more than 110 quality entries for this year’s Fight Like Dylan Award,” said Gary Barfield, Sr. Vice President, Russell Athletic.  “Buena Vista’s story is truly inspiring, especially in the way that the team and community rallied around this tragedy, and showed how athletics can be a powerful motivator in the most troubling of times. We are honored to celebrate Dylan’s life and the lives of Dwayne and Dawna Johnson and their loved ones through this grant to Buena Vista High School.”

Dylan Rebeor, a Columbia, Tenn., native, was just 16 when he passed away Dec. 3, 2010 following an eight-month battle against cancer.  Rebeor was a wide receiver on Columbia Central High School’s football team, dying just hours before his team won their first state championship in 58 years.  Throughout his ordeal, Dylan’s commitment and dedication to his team never wavered. In fact, his final wish was for his teammates to receive brand new uniforms through the Make A Wish Foundation for the upcoming season. The Fight Like Dylan Award was established by Russell Athletic in conjunction with Dylan’s family and coaches to celebrate Dylan’s life and selflessness.

“Dylan’s life may have been cut short by devastating circumstances, but he lived an extraordinary life while he was here with us,” said Heather Rebeor, Dylan’s mother.  “We’re in awe that Dylan’s memory and spirit will live on through the Russell Athletic ‘Fight Like Dylan Award.’ Dylan truly cared about others more than himself and now his legacy will be seen across football fields, soccer fields and basketball courts forever.”

New to this season, select members of the Buena Vista High School community will travel to Orlando and be recognized on-field on December 28, 2013 at the Russell Athletic Bowl. The matchup between Miami and Louisville will kick off at 6:45 PM ET, airing on ESPN.

Previous winners of the Fight Like Dylan Award include:
·         2011 Edmonson County High School (Edmonson, KY) – Edmonson’s football team banded together to find success following the news of three-year starting offensive lineman Jacob Irwin being diagnosed with cancer during his senior season.
·         2012 Williamsport High School (Williamsport, MD) – After losing senior standout athletes Samantha Kelly and Brendon Colliflower tragically in a car accident on their prom night, both the volleyball and baseball teams went on to win the Maryland 2A State Championships the following season.

To be eligible for the “Fight Like Dylan Award,” teams submitted their stories on the Russell Athletic® Facebook page explaining how their team overcame a challenge or triumphed in the face of adversity while embodying Dylan’s spirit and courage in his battle against cancer.   Former pro football head coach and current NBC Sports Football analyst Tony Dungy and pro football players Mark Ingram, Pierre Garcon and Colt McCoy served on the “Fight Like Dylan Award” selection committee, along with Dylan’s mother, Heather, and former Columbia Central High School head coach, Vance Belew. 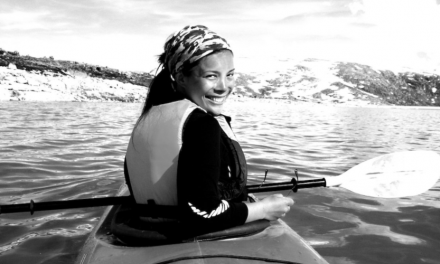