Commenting on the quarter, Brunswick Chairman and Chief Executive Officer Dustan E. McCoy said, “It was a solid finish to a record sales and earnings year for Brunswick, as we approached nearly $6 billion in annual sales. All of our business segments contributed to the 12 percent sales gain in the fourth quarter led by strong performances from Sea Ray, Boston Whaler, Bayliner and Hatteras, as well as significant growth from Brunswick New Technologies. Sales also benefited from acquisitions, which accounted for half the sales increase in the fourth quarter. Operating earnings improved by 22% with gains reported in our marine engine, boat and fitness segments. Operating margins improved by 50 basis points to 6.8% in the final quarter of the year.”

“Our balance sheet remained healthy with debt-to-total capital at 26.8% at year end, compared with 30.2% a year earlier, and cash totaled $487.7 million,” McCoy noted. “In addition, we repurchased approximately 1.9 million shares of Brunswick stock for approximately $76 million in 2005.”

During the quarter, the company recognized certain tax benefits, described below. These actions increased diluted earnings per share by 17 cents in the fourth quarter of 2005.

For the year, the company said that the benefits from higher sales, effective cost management and lower variable compensation costs were partially offset by the impact of the transition to low-emission outboard engines, investments in several new manufacturing plants, the costs of fully integrating acquisitions, increased research and development spending, and higher spending to support new product introductions.

During the first quarter of 2005, the company completed the sale of approximately 1.9 million shares of MarineMax, Inc. stock. Results for 2005 include a pre-tax gain of $38.7 million, equivalent to 32 cents per diluted share, recorded on the stock sale in the first quarter.

As announced with third quarter 2005 results, the company said that earnings from certain of its foreign subsidiaries would be indefinitely reinvested outside the United States, resulting in a change in the application of APB 23, “Accounting for Income Taxes – Special Areas,” effective July 1, 2005, for those entities. Further, the company said it had refined its tax planning strategies for research and foreign export tax benefits. The cumulative effect of these actions reduced the company's tax provision for the third quarter of 2005, which benefited earnings by approximately 16 cents per diluted share.

In the fourth quarter of 2005, earnings benefited by 17 cents per diluted share from other tax-related matters, most notably the amended filings of prior years' tax returns.

“Mercury Marine's international sales set the pace for the year reporting a 10% increase to $791 million,” McCoy said. “Meanwhile, our domestic engine operations posted single-digit sales gains with sterndrive engine sales rising 4 percent to $561 million. Our domestic outboard engine business, which continues to face the strongest competition, reported sales up 1% to $480 million. Sales of Mercury's domestic parts and services were up 7% to $352 million. Finally, Brunswick New Technologies, with its Navman and Northstar brands, reported sales for the year of $356 million, up 76%.”

The company said that the increase in segment operating earnings was partially offset by the mix shift to low-emission outboard engines, costs to ramp up Asian manufacturing plants, higher research and development expense for Brunswick New Technologies and lower production rates to maintain healthy inventory levels. Low-emission engines which are technically complex and contain higher-cost components, have lower margins than the carbureted two- stroke engines they are replacing. In 2005, low-emission engines accounted for 82% of Mercury's outboard sales compared with 59% a year earlier.

“We continue to monitor our pipeline inventories and adjust our production rates to ensure that inventories remain at healthy levels,” remarked McCoy. “By carefully managing our business and reducing production where necessary, we ended 2005 with 26 weeks of supply of engines in the field, which is the same level we reported at the end of 2004 and appropriate for this time of the year.”

“We continued to play to our strengths in the Boat segment during 2005,” McCoy explained. “Our multi-tiered strategy of filling in the 'white space' in our product portfolio, improving the overall quality of our products, stressing technological innovation and nurturing stronger ties with our dealer network, is continuing to produce results. Well-known brands such as Sea Ray, Boston Whaler and Hatteras all had double-digit sales increases. The Boat Group's parts and accessories business also registered a double-digit increase for the year, enhanced by the acquisitions of Benrock and Kellogg Marine. Boat parts and accessories accounted for approximately $237 million of the Boat segment's sales in 2005. Boat acquisitions also played an important role in the Boat segment's sales gains, with contributions from the purchase of Albemarle, Triton boats and HarrisKayot completed in 2005, and Sea Pro, which closed at the very end of 2004.”

“The improvement in operating margins from volume gains and cost reduction activities was partially offset by our decision to lower production levels at certain of our boat plants to adjust field inventories,” McCoy noted. “Maintaining inventories at healthy levels is important for a seasonal business. At the end of the year, there were 30 weeks of supply of boats in the dealer channel, which was even with where they were a year ago and, as with our marine engine business, at levels appropriate for this point in the boating season.”

The Fitness segment is comprised of the Life Fitness Division, which manufactures and sells Life Fitness, Hammer Strength and ParaBody fitness equipment. Segment sales in the fourth quarter of 2005 totaled $176.0 million, up 2% from $173.2 million in the year-ago quarter, which included revenue from the since sold chain of Omni retail stores. Operating earnings increased 24% to $30.6 million from $24.7 million, and operating margins improved by 310 basis points to 17.4% from 14.3 percent in the fourth quarter of 2004.

“With its expanding global manufacturing footprint, Life Fitness continues to make significant progress toward improving its operating performance,” McCoy said. “Effective cost management is a large part of the improvement in operating margins at Life Fitness, as well as more efficient manufacturing and a more favorable sales mix toward higher-margin cardiovascular equipment versus strength equipment.”

The Bowling & Billiards segment is comprised of the Brunswick retail bowling centers; bowling equipment and products; and billiards, Air Hockey and foosball tables. Segment sales in the fourth quarter of 2005 totaled $126.2 million, up 5% compared with $119.8 million in the year-ago quarter. Operating earnings were $15.2 million in the quarter versus $20.0 million in the comparable quarter in 2004. Operating margins were 12.0% in the fourth quarter of 2005 compared with 16.7% in 2004.

“The sales gain for the segment was primarily the result of strong sales of bowling products, primarily in Europe and Asia, as well as higher sales at our bowling retail centers, which were aided by the opening of another new, larger Brunswick Zone,” McCoy said. “The reduction in operating earnings was primarily related to costs associated with our decision in 2005 to move bowling ball production to a new manufacturing facility we are opening in Mexico.”

The company said it was providing its initial range of earnings estimates for 2006. “As we look ahead, we are expecting 2006 to be another record year for Brunswick with diluted earnings per share in the range of $3.25 to $3.45,” McCoy said. “We expect to post low- to mid-single digit sales growth in our marine businesses coming from a combination of pricing, new products, incremental sales from 2005 acquisitions, share gains and growth in international markets. For our non-marine businesses, we expect to grow the top line in the high-single digits for fitness and in the mid-single digits for our bowling and billiards businesses. Brunswick New Technologies is expected to continue its fast-paced growth rate, which, combined with our other businesses, should bring the company's total sales increase to 6% to 8% in 2006.”

“While we are early in 2006, several factors are influencing our view of sales and margin gains for the year,” McCoy explained. “Marine retail was down significantly in the fourth quarter of 2005 versus the prior year, and, although it is too early in the boat show season to draw meaningful conclusions about retail demand for all of 2006, we see nothing which indicates retail demand across the marine industry will be anything but flat with 2005. In fact, there could be downward pressures on marine retail demand driven by economic weakness in certain markets such as the Midwest.”

“As we look at margins, we anticipate several puts and takes coming together to make margin growth difficult as we see the market today,” McCoy added. “As a result, we expect operating margins to be relatively flat to up slightly compared with 2005.”

“With our view of the marine business, the timing of productivity improvements and cost savings resulting from investments we have been making, along with the seasonality of certain of our businesses and the low-emission engine transition, much of our earnings growth will come in the second half of the year,” explained McCoy. “Consequently, we expect that earnings per share in the first quarter of 2006 will be in the range of 56 cents to 60 cents, compared with the 64 cents reported in the first quarter of 2005, which excludes the 32 cents gain we recorded on the sale of our shares of MarineMax stock.”

“We're confident that we can report another record year for Brunswick even in a flat marine retail environment,” McCoy concluded. “Should the market experience material growth, however, we'll be ready to step up and take advantage of the opportunity.” 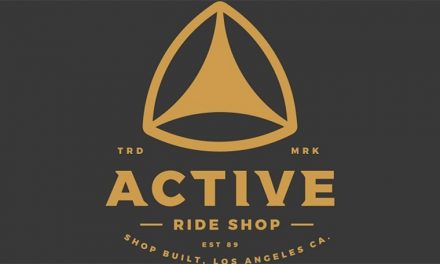