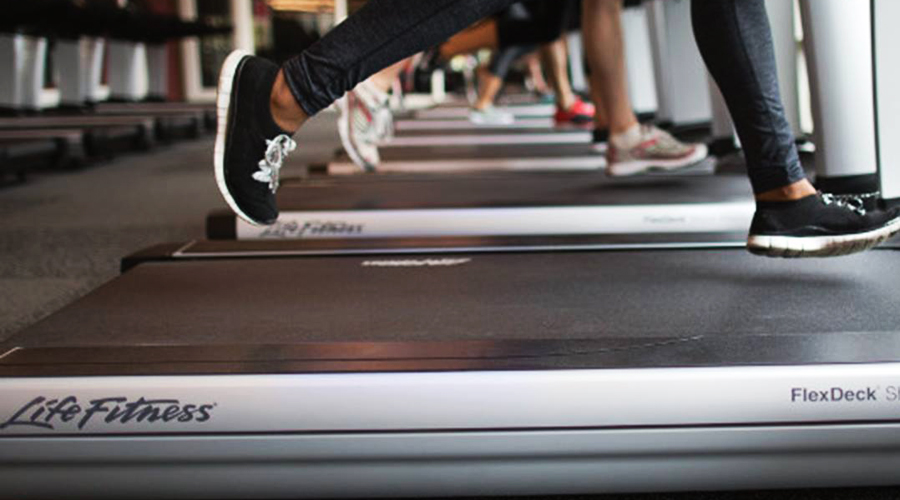 “Our reported third quarter net sales increased by 10 percent,” said Brunswick Chairman and Chief Executive Officer Mark Schwabero. “Our top line reflected the benefits of our acquisition strategy, particularly in our Fitness segment, and strong growth rates in all three of our primary boat categories, as well as marine parts and accessories. This growth included another solid performance in outboard engines.

“The U.S. marine market continues to exhibit solid fundamentals and growth, which are supported by stable boating participation, favorable replacement cycle dynamics and innovative products being introduced throughout the marketplace. Overall, international marine markets have been challenging, including weak demand in certain markets such as Latin America, the Middle East and Africa and Canada. Our product successes in both our engine and boat segments have enabled continued market share gains and mix benefits.

“In addition, our fitness business continues to benefit from solid demand, particularly in the global health club and hospitality markets. This foundational core growth, combined with favorable trends in the rehabilitation and active aging category, as well as increased participation in group exercise activities, is providing a healthy marketplace in which to execute our fitness strategy. While revenues of our recent Cybex acquisition have trailed our initial expectations, we are continuing to make outstanding progress integrating this business into our Fitness segment and remain on plan to achieve our near-term and long-term earnings objectives for this acquisition,” Schwabero said.

“Brunswick’s consolidated adjusted operating earnings increased by 8 percent compared to the prior year quarter, including the impact of planned investments in growth initiatives. The improvement in operating earnings, combined with a lower effective tax rate, as adjusted, and fewer shares outstanding, led to an 18 percent increase in diluted earnings per common share, as adjusted,” Schwabero concluded.

Discontinued Operations
On May 22, 2015, the company completed the sale of its bowling products business. The results of this business are reported as discontinued operations. For all periods presented in this release, all figures and outlook statements incorporate this change and reflect continuing operations only, unless otherwise noted.

Review of Cash Flow and Balance Sheet
Cash and marketable securities totaled $438 million at the end of the third quarter, down $230.8 million from year-end 2015 levels. Net cash provided by operating activities during the first nine months of the year was $282.1 million, an increase of $41.4 million versus the prior year. This improvement was the result of higher net earnings and reduced working capital usage. Investing and financing activities during the first nine months included $269.5 million for acquisitions, $131.9 million for capital expenditures, $90.3 million of common stock repurchases and $40.7 million of dividend payments.

Fitness Segment
The Fitness segment is comprised of the Life Fitness Division, which designs, manufactures and sells strength and cardiovascular fitness equipment and active recreation products. Fitness segment net sales in the third quarter of 2016 totaled $237.6 million, up 20 percent from $197.5 million in the third quarter of 2015. International sales, which represented 48 percent of total segment sales in the quarter, increased by 23 percent. On a constant currency basis, international sales were up 24 percent. Excluding the impact of acquisitions, Fitness segment sales in the quarter, on a constant currency basis, increased by 4 percent compared to the prior year. For the quarter, the Fitness segment reported operating earnings of $29.1 million, including restructuring and integration charges of $2.4 million. This compares with operating earnings of $27.6 million in the third quarter of 2015. The increase in revenue reflected the benefit of acquisitions and strong overall growth in international markets. In the U.S., health clubs and hospitality channels continued to grow, while other channels showed declines, including sales to retail as well as local and federal governments. The increase in operating earnings included benefits from higher sales, partially offset by an unfavorable impact from sales mix, restructuring and integration costs associated with recent acquisitions and increased investment in growth initiatives.

2016 Outlook
“Our outlook for 2016 continues to reflect another year of outstanding earnings growth, with excellent cash flow generation,” said Schwabero. “We continue to believe that we are well-positioned to generate strong sales growth and adjusted earnings per share growth at a mid-to-high-teen percent rate throughout our current three-year plan.

“We expect our businesses’ top-line performance for the year will benefit from the continuation of solid market growth in the U.S. and Europe and the success of our new products, partially offset by weakness in certain other international markets and the negative impact of a stronger U.S. dollar. As a result, our plan, including acquisitions, reflects revenue growth rates in 2016 to be approximately 10 percent, absent any significant changes in our global macroeconomic assumptions. In total, acquisitions are expected to account for about 5 percent of 2016’s projected sales growth, reflecting the impact of transactions completed in 2015 and 2016.

“For the full year, we anticipate a slight improvement in both gross margins and operating margins, as we plan to continue benefiting from volume leverage, cost reductions and savings related to sourcing initiatives and a modestly net positive sales mix, partially offset by incremental investments to support growth as well as an unfavorable impact from foreign currency. Operating expenses are projected to increase in 2016; however, on a percentage of sales basis, are expected to be at slightly lower levels than 2015,” Schwabero said.

“We are raising the lower end of our range for full-year expectations of diluted EPS, as adjusted, to $3.45 to $3.50. Finally, for 2016, we expect to generate positive free cash flow in excess of $215 million, which is an increase versus our prior guidance,” Schwabero concluded.