Brown Shoe company, Inc., the parent of Famous Footwear, reported sales in the second quarter reached $511.6 million, a decrease of 10.1% compared to $569.2 million in the year-ago quarter. The net loss in the period came to $4.2 million, or 10 cents a share, after charges related to its information technology initiatives of $1.3 million, or 3 cents a  share.

In addition, during the quarter:

Ron Fromm, Brown Shoe's Chairman and CEO, stated, “We delivered earnings within our expectations for both the second quarter and first half of 2009, despite a challenging top line resulting from the difficult consumer environment. Our same-store sales at Famous Footwear were down in-line with consumer traffic patterns. Our Wholesale sales continued to be impacted by lower shipments, as our retail partners adjusted their inventory levels to the environment, as well as by the ongoing shift in certain retail channels to source private brands directly. During the quarter, we continued to be aggressive on expense management and now expect to achieve more than $40 million in annual expense savings during 2009.

“We have positioned ourselves well to win market share during the Back-to-School season, launching our largest branding initiative in history at Famous Footwear and making strategic inventory investments to capitalize on trend-right product during a peak shopping period. Our stores have never looked better and our team is energized. The season has started at levels we expected; nonetheless, calendar shifts associated with a late Labor Day holiday and consumers' propensity to shop closer to need will likely result in a later Back-to-School season. We are also excited about the product improvements and innovations across our wholesale brands with retailers reviewing our spring 2010 product assortments quite favorably.”

Fromm concluded, “Looking to the back half of 2009, we remain confident in our ability to return to profitability in the third and fourth quarters while reaffirming our expectation of achieving positive net earnings for the full year. Second half 2009 consolidated net sales are expected to be flat to down two% with an improvement in profitability year-over-year, though non-comparability and the volatility from the end of last year make year-over-year comparisons uneven, with sales expected to be down mid-single digits in the third quarter and up mid-single digits in the fourth.”

Dividend
The company's Board of Directors has declared a quarterly dividend of $0.07 per diluted share, payable October 1, 2009 to shareholders of record on September 18, 2009. This dividend will be the 347th consecutive quarterly dividend paid by the company.

Outlook
Based on second quarter results and the current outlook, the company expects the following for 2009:

* Consolidated net sales in the range of $2.18 billion to $2.20 billion. Consolidated net sales in the second half of 2009 are expected to be flat to down 2% versus the second half of 2008, consisting of a mid-single digit decline in the third quarter and a mid-single digit increase in the fourth quarter;
* Famous Footwear same-store sales are expected to decline in the low- to mid-single digit range in the back half of 2009. Famous Footwear expects store openings for the full year of 2009 to total 54 while closing 55 to 70 stores, with substantially all of the openings completed at the end of the second quarter;
* For its Wholesale division, as a result of the anniversary of the severe swings in retail sales during the second half of 2008, the company expects a sales decline in the third quarter of 2009 in the mid- to high-teen digit range with an offsetting increase in the fourth quarter, resulting in flat to down low-single digit year-over-year sales in the second half;
* Selling and administrative expenses in the range of 38.8 to 39.2% for the full year, which includes costs of $8.5 million to $9.0 million, related to its information technology initiatives;
* Depreciation and amortization of capitalized software and intangible assets is expected to total $51 million to $52 million for the full year;
* Net interest expense should approximate $20.5 million to $21.5 million, driven by increased periodic year-over-year borrowings and higher unused fees on its revolving credit facility;
* The company expects to generate a tax benefit in 2009. Its consolidated effective tax rate is heavily dependent on its mix of foreign and domestic earnings;
* Purchases of property and equipment and capitalized software are targeted in the range of $53 million to $55 million; and
* The company expects to generate positive earnings in the third and fourth quarters, resulting in both positive operating earnings (earnings before interest and taxes) and positive net earnings for the full year of 2009.

Forzani Urges Support of its Board Nominees 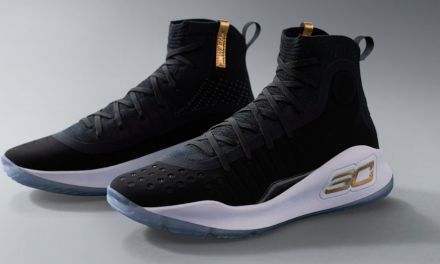