Brooks Sports, Inc. announced that throughout 2009, its “Brooks For Her” campaign collected close to $27,000 for donation to three distinct charities that focus on breast cancer research, awareness, and support. The campaign will continue throughout 2010.

Furthering Brooks long tradition of philanthropy and sustainability, the company debuted a new women’s apparel collection, Brooks for Her, in March 2009. For each piece of the collection purchased from March through December 2009, Brooks earmarked 6.25% of the suggested retail price for donation to three pre-selected charities: Making Memories Breast Cancer Foundation, Fred Hutchinson Cancer Research Center, and Young Survival Coalition (YSC). Consumers – whether they purchased a collection piece – or not were able to vote at www.brooksrunning.com/bfh to decide the exact percentage of the total donation each charity would receive.

Introduced in 2009, the predominately pink Brooks For Her collection is comprised of high-quality women’s running gear including a tee, hat, jacket, tank, skort, short, and capri, all adorned with the iconic pink ribbon.

“Were thrilled to make this donation to three very worthy breast cancer organizations,” said Brooks Apparel Sales Director Liz Wilson. “We know many of our Brooks For Her customers are as passionate about this cause as they are about their run. Their support of Brooks For Her demonstrates that passion and allows us to give back as we continue the program through the new year.”

Due to the success of the 2009 program, Brooks decided on January 1, 2010, to re-launch the program. The same percentage (6.25% of SRP) of Brooks For Her purchases sold will once again be earmarked and added for a new total donation amount to be split among the same three charities.

The Brooks For Her online voting process is significant to the pre-selected charities because money raised during the campaign will again be given to the three organizations in an amount relative to the percentage of votes each receives at www.brooksrunning.com/bfh. Starting the tallying over at zero, consumers can now vote for one of these charities:

“YSC is a powerful community fighting breast cancer in young women. We are excited by Brooks’support and the commitment the company has made to creating positive change for those battling cancer,” said Young Survival Coalition (YSC) CEO Marcia Stein. “We have a very physically active volunteer base, and the Brooks For Her collection allows us to support breast cancer in performance and style. Were thrilled Brooks has decided to continue to back our cause through 2010.”

The extended Brooks For Her campaign runs from January 1, 2010, through December 31, 2010. No purchase is required to participate in the voting process. Donations will be made to each charity at program conclusion. 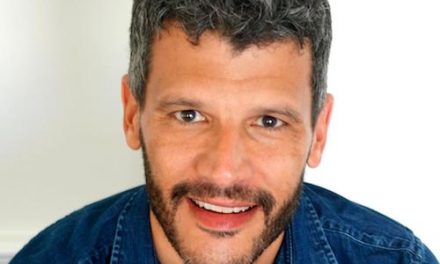