Second quarter 2009 gross profit was $30.2 million compared to $45.4 million for the second quarter 2008. Second quarter 2009 gross margin was 17.0% compared to gross margin of 17.6% in the prior period. The decrease in gross profit primarily resulted from lower unit volume due to weak demand in the market, insufficient vendor financing during the first half of the quarter and customer concerns about Broder's future. Volumes were impacted by soft demand for the products the company sells due to weakened U.S. economic conditions and were reflected in a 17% decline in overall industry unit shipments as reported by STARS. The decline in the market was an improvement over the first quarter 2009, in which industry unit volumes were 18% lower than the first quarter 2008. Volumes were also impacted by insufficient vendor financing through mid-May 2009 when the company announced that it had successfully completed its exchange offer for 95% of its $225.0 million in aggregate principal amount of 11 % Senior Notes due 2010. Despite having increased credit limits from key suppliers restored to sufficient levels immediately following the exchange offer, the company's inventory quality had not improved until June 2009 due to inventory lead times.

Highlighted Charges
Results for the three and six months ended June 27, 2009 and June 28, 2008 include certain charges as follows:

Business Outlook
Having successfully completed the financial restructuring, management is refocusing its attention on marketing and selling initiatives. Management believes that the company can outgrow its competition by having high quality inventory, high quality operations, and competitive pricing.

As soon as inventory levels reached target levels, Broder communicated to customers that it was in-stock through a series of promotions. Since then Broder has begun to restate its value proposition to its customers with “three promises.” The first of the three promises is that Broder will be in-stock in the most popular products. The second is that Broder will ship the order accurately. The third is that Broder will not be under sold. During the first three weeks since restating Broder's value proposition, Broder's strong product availability, high-quality operations, and competitive pricing have resulted in few service failures, minimal claims expense, and an encouraging improvement in sales performance relative to second quarter 2009 performance.

Management sees no reason not to expand its in-stock guarantee to all of its popular products as supply chain improvements increase the quality of its inventory.

Management continues to focus on strengthening operations. Distribution centers and call centers continue to increase both productivity and quality. Fixed costs which were eliminated in the fourth quarter 2008 and first quarter 2009 resulted in $4.1 million of savings in the second quarter 2009. Excess inventory is being depleted through sales at normal margins.

Liquidity Position
The company relies primarily upon cash flow from operations and borrowings under its revolving credit facility to finance operations, capital expenditures and debt service requirements. Borrowings and availability under the revolving credit facility fluctuate due to seasonal demands. Historical borrowing levels have reached peaks during the middle of a given year and low points during the last quarter of the year. Borrowings under the revolving credit facility were $127.7 million at June 27, 2009 compared to $150.0 million at December 27, 2008 and $146.2 million at June 28, 2008. The reduction in revolver debt was mainly due to a reduction in inventory (net of a smaller decrease in accounts payable) partially offset by payment of transaction costs in connection with the exchange offer. Borrowing base availability at June 27, 2009, December 27, 2008 and June 28, 2008 was $26.6 million, $35.9 million and $64.1 million, respectively.

Debt Restructuring
In May 2009, the company completed the exchange offer for its outstanding 2010 Notes. An aggregate of $213.5 million in principal amount of 2010 Notes were exchanged for $94.9 million aggregate principal amount of newly issued 2013 Notes and a pro rata share of 96% of the outstanding newly issued common stock of the company. This transaction qualified as a Troubled Debt Restructuring under the guidance provided by Financial Accounting Standard No. 15 “Accounting by Debtors and Creditors for Troubled Debt Restructuring” (“SFAS 15”). As a result of this transaction, the company recorded a net non-cash gain of $19.9 million during the quarter ended June 30, 2009. This gain is calculated as the difference between the carrying amount of the liabilities settled (reduced for the fair value of the equity issued) and the total future cash payments under the terms of the 2013 Notes. SFAS 15 requires that the company offset any gain by the costs directly attributable to the debt restructuring. The company reduced the gain by $5.7 million relating to legal and financing fees incurred in connection with the debt restructuring. The net gain is recorded as an extraordinary item on the company's statement of operations. 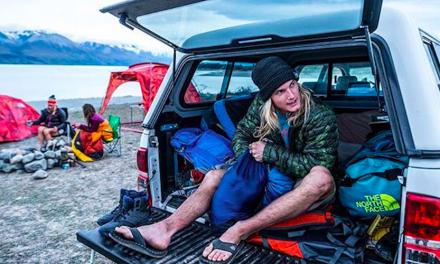 The North Face To Ramp Up Segmentation Efforts