The drop in oil prices continues to hamper active-lifestyle brands that once benefitted heavily from consumers working in the U.S. oil-patch regions and spurred sales in performance western and work wear.

Like the oil fields they worked on, the pipeline of business is dialing back until oil and commodity prices recover.

That effect was evident at Boot Barn Inc. (NYSE:BOOT), which reported its earnings plunged 72.5 percent in its fiscal first quarter, ended June 25, to $624,000, or 2 cents a share. Revenues advanced 39 percent to $133.4 million, but mainly due to last year’s acquisition of Sheplers.

Results were in line with a company forecast, however, calling for earnings in the range of 1 to 3 cents a share, and investors boosted Boot Barn’s shares more than 6 percent, July 27, following the release — a small win for a stock that sits at one-third of its price a year ago.

On a conference call with analysts, Jim Conroy, president and CEO, said the company managed a 0.4 percent gain in consolidated same-store sales during the period, reflecting strong sales growth in both e-commerce brands, with the Boot Barn stores outperforming the rebranded Sheplers stores. That could suggest the market is finding its bottom, as oil prices have at least stabilized in the past months.

“In our stores, we saw continued growth in many core markets, particularly in the West, but we continued to face sales headwinds in Colorado, Wyoming and North Dakota associated with the softness of local economies, dependent on oil and other commodities,” Conroy said. “Same-store sales in our Texas stores continued to be negative, but showed sequential improvement over each of the last two quarters.”

The work category at the Boot Barn chain continued the positive growth experienced in the fourth quarter, reflecting further traction in the merchandising initiatives implemented last year. Men’s and ladies’ western apparel also achieved positive sales by expanding assortments in dresses, skirts and graphic tees in an effort to target the country music festival customer. However, ladies boots were again weak, primarily attributed to the impact of low oil and commodities prices.

At the Sheplers business, same-store sales were up as double-digit e-commerce gains offset a single-digit decline at the Sheplers stores that continued to anniversary heavy promotions in the first quarter of FY16, prior to the Sheplers acquisition. The rebranded stores now feature a significantly larger offering of western boots, work boots and work apparel.

“Although we saw growth in some of the expanded merchandise categories, we did continue to see weakness in western apparel, as we continue to cycle the heavy Sheplers price promotion activity in the prior year,” Conroy said. “We expect this trend to continue for a few more months until we begin to anniversary the Boot Barn promotional calendar in our third fiscal quarter.”

Boot Barn retained its outlook for the current fiscal year. Same-store sales are expected to be between slightly negative to slightly positive. Earnings are expected in the range of 63 to 73 cents per share, which compares to 69 cents a year ago.

For its fiscal second quarter, same-store sales are projected to be slightly negative to slightly positive. EPS is expected to land in in the range of 0 to 2 cents, down from 4 cents in the same period a year ago.

Conroy said consolidated same-store sales were slightly negative in the month of July, while noting that July last year will be the toughest comparison in the second quarter, particularly in the core Boot Barn business.

“We have continued to generate strong sales in our e-commerce channel, particularly at Sheplers.com, and our Western region stores continue to comp positively,” said Conroy. “However, while we hoped we would see some stabilization in sales in Colorado, Wyoming and North Dakota as we anniversary the beginning of the sales erosion in these commodity-impacted markets, that has not yet materialized, and those markets continue to see sales declines.” 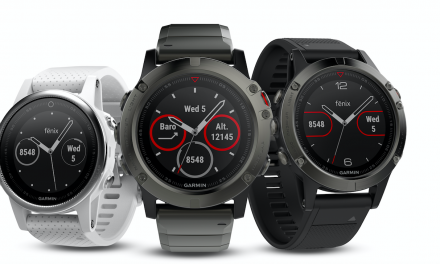 The Fēnix Stars For Garmin