Bon-Ton Comps Inch Up for July

Tony Buccina, vice chairman and president-merchandising, commented, “We are pleased with our July sales performance, particularly in light of the continued challenging economic environment. Business was particularly strong during the latter part of the month due to our semi-annual home and back-to-school promotions. However, the consumer continues to be event- and value-driven, which pressured gross margin performance. Best performing categories for July were soft home, accessories, childrens, shoes, mens, special size sportswear, intimate apparel, cosmetics and dresses. Our only disappointment was furniture.”

Mr. Buccina continued, “Our inventory is fresher with less clearance than the prior year. On a comparable store basis, inventory was down approximately 9%. We look forward to the new merchandise arriving in our stores, particularly the revival of the Evan-Picone and J.H. Collectibles brands exclusive to Bon-Ton in our markets and our new private label, Victor Alfaro.” 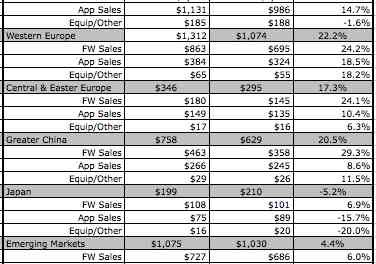