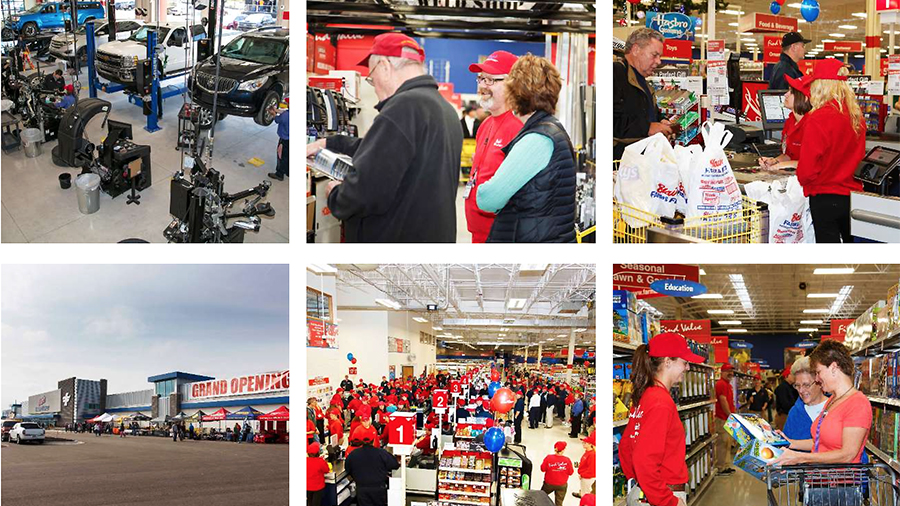 Blain’s Farm & Fleet announced its plans for an expanded presence in Wisconsin with new stores in Grafton and Rhinelander. The 44th and 45th locations will be at the corner of East Timber Lane and Hwy 17 in Rhinelander and the former Shopko building at 1771 Wisconsin Avenue in Grafton. Both locations have a projected completion for Fall 2022.

“It’s not just about growing. It is about carefully selecting the right communities who truly appreciate our family-owned Modern General Store,” said Jane Blain Gilbertson, Blain’s Farm & Fleet president, owner and CEO. “We are very selective about the locations where we choose to grow because we are in it for the long haul. Unlike other retailers who close stores regularly, we have never left a community where we have opened a store.”

The Grafton location will be 94,500 square feet, and the Rhinelander location will be 84,200. Both sites will feature the retailer’s signature benefits including an automotive service center, drive-thru and small engine repair center. These new stores will bring about 100 new jobs to each community. These will include a mix of full-time and part-time positions.