Black Diamond Inc. reported sales rose 22 percent to a record $38.9 million in the second quarter ended June 30, while gross margins rose 120 basis points to 40.3 percent. However, the company lowered its guidance for revenue and gross margin for the full year, saying its dealers continue to order conservatively and push more of the inventory risk onto the company.

The sales increase was attributed to the addition of POC Sweden AB (POC), which was acquired in the second half of 2012, a number of new and existing products sold during the period, as well as the expected increase in Gregory's sales in Japan due to the transition of the Japanese distribution assets from Kabushiki Kaisha A&F.
The improvement in gross margin was primarily due to a favorable mix in higher margin products and channel distribution. BDE’s principal brands include Black Diamond, Gregory (backpacks and luggage), POC (helmets) and PIEPS (avalanche beacons).
Net loss in the second quarter of 2013 was $2.3 million, or 7 cents per diluted share, compared to net loss of $1.9 million, or 6 cents per diluted share, in the year-ago quarter. The net loss in the second quarter of 2013 included $2.0 million of non-cash items and $100,000 of merger and integration costs, compared to $500,000 of non-cash items and $1.1 million of transaction costs in the year-ago quarter. Excluding these items, adjusted net loss before non-cash items in the second quarter of 2013 was $200,000, or a penny per diluted share, compared to a loss of $300,00, or a penny per diluted share, in the second quarter of 2012.
The company ended the quarter with $2.1 million in cash, down from $5.1 million as of Dec. 31, 2012. Non-cash working capital was $70.7 million compared to $73.2 million at Dec. 31, 2012. Total debt was $36.8 million at June 30, 2013, which included $8.4 million outstanding on the company's $30.0 million line of credit, leaving $21.6 million available. This compares to total debt of $40.5 million at Dec. 31, 2012.
“The first half of the year represents our spring/summer product season and compared to last year, sales during the first half of 2013 were up 15 percent to $89.9 million, in-line with our long-term organic growth target,” said Peter Metcalf, president and CEO of Black Diamond. “In addition, we achieved double-digit growth from all of our brands during the second quarter and attribute these record sales to our diverse collection of new and existing active outdoor performance products, global distribution and increased focus on sales and marketing.
“The industry was not without its challenges during the first half of 2013, largely due to an extreme, unseasonably cool, wet spring both in North America and especially in Europe. Following two consecutive challenging winter seasons, industry purchasing trends are continuing to evolve toward a model that we believe is intentionally shifting more inventory risk to manufacturers and distributors, and we are adjusting our strategy to reflect these dynamics. In addition, during our first quarter 2013 earnings call, we described a global retail marketplace that was more reticent to make order commitments on the scale they have in the past.

While we have modestly adjusted our second half revenue outlook to reflect these near-term dynamics, we remain confident in our belief that our evolving and innovative product portfolio will continue to generate growing consumer demand.
“As we now enter our fall/winter season,” concluded Metcalf, “we will continue to make investments in our strategic initiatives, such as our fall 2013 launch of Black Diamond apparel, which is expected to ship in mid-August, the concluding integration of POC and PIEPS, and the spring 2014 launch of POC's road collection. We look forward to 2014, where we anticipate continued organic sales growth from innovative new products and the benefit of scale, integration and operating leverage in our business.”
2013 outlook updated
Black Diamond has revised its fiscal year 2013 guidance and now expects total sales to range between $205 million and $210 million compared to the previously estimated range of $216 million and $221 million. This revised range implies year-over-year sales growth of between 17 percent and 19 percent for the full year 2013.
The company also now expects gross margin for fiscal year 2013 to range between 38.5 percent and 40.0 percent compared to the previously estimated range of 40.0 percent and 41.0 percent. Both revised sales and gross margin guidance incorporate the expected impacts of year-to-date exchange rate fluctuations, but are exclusive of future exchange rate fluctuations. In 2014, the company still expects to increase sales 20 percent with accelerating profitability. 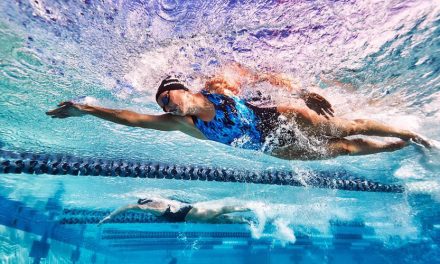