Black Diamond Inc. CEO Peter Metcalf turned up the heat on Utah Gov. Gary Herbert last week by calling a press conference to announce he was resigning from a manufacturers group to protest the governor’s campaign to repeal wilderness protection from millions of acres of federal land.


Metcalf has been critical of Herbert for encouraging 22 of 29 Utah to sue the U.S. Department of Interior for title to 12,000 miles of “abandoned roads” that crisscross federal land and for signing four bills authorizing the state to lease, sell, loan and auction off that land.

Herbert and his supporters argue the money is needed to fund Utah’s schools, but critics allege the campaign is really aimed at enriching a handful of politically connected developers and oil, gas and coal mining companies. Either way, many legal experts say neither the lawsuit nor the bills will stand up in court.
“The current administration’s pursuit of federal land transfers and their proposed battle to wrest title of remote trails could open up pristine wilderness, national parks and monuments to drilling and extractive uses, let alone destroy human powered recreational values,” Metcalf said in a July 10 press release. “These policies would saddle a heavy economic burden on Utah taxpayers and be detrimental to sustainable management of public land. They are hostile to the interests of the outdoor industry and ignore sizable contributions to the state’s economy.”
Metcalf said he was resigning from the Utah Ski and Snowboard Industry working group to protest Herbert’s policies. The group consists of executives from Utah ski and snowboard manufacturers who meet occasionally under the auspices of the Governor’s Office of Economic Development (GOED). None of its members are appointed by the Governor, but the GOED has targeted Utah’s “Outdoor Products and Recreation Industry Cluster” in its economic development efforts.

Utah is home to divisions or headquarters for 18 such companies, including Amer Sports Wintersports Group, Atomic Ski USA, Chums, Gregory, Easton Mountain Products, Kûhl, QBP and Suunto. A photo of Herbert holding a pair of skis made by Utah-based Bluehouse Skis in front of   GOED’s trade show booth appears on the GOED website.
While taking such a public stance on a political issue is rare for the CEO of a public company, it’s par for the course for Metcalf. He won the respect of many in the outdoor industry in 2003 when he fired off a letter to the Salt Lake Tribune threatening to pull the Outdoor Retailer show from Salt Lake City to protest Gov. Leavitt’s settlement of a similar lawsuit against the U.S. Department of Interior in exchange for the Bush Administration’s agreement to remove wilderness protections from millions of acres of federal land in Utah.
The letter was a bit of a bluff, but Metcalf’s bold move soon gained the support of Outdoor Industry Association (OIA), which endorses the show. The GOED subsequently recognized the Outdoor Products and Recreation cluster and formed the Utah Ski and Snowboard Industry working group. Metcalf went on to chair OIA.
Metcalf is also a vocal critic of SkiLink, a proposed gondola that would link Utah’s Canyons and Solitude Mountain ski resorts. Arguing the project will help Utah’s ski industry, U.S. Rep. Rob Bishop, R-UT, has introduced legislation in Congress that would require the U.S. Forest Service to sell land needed for the project to the Canadian company that owns the resorts. Metcalf and other outdoor industry executives oppose the project, saying it will spoil some of the best backcountry skiing in the Wasatch Range.
‘This is about creating huge profits for a few private individuals at the expense of the backcountry skiers and the general public,” Kûhl CEO and Founder Kevin Boyle told The B.O.S.S. Report Friday. “The public comes up to enjoy the beauty of the mountains and they do not want to see the mountain tops and ridge lines scarred and turned into Disneyland.”
The debate is of particular interest to the outdoor industry which is now debating the pros and cons of keeping the $26 million Outdoor Retailer (OR) show in Salt Lake City beyond August of 2014. The show has outgrown the Salt Palace Convention Center and many attendees complain the city does not have enough hotel rooms, so OR is investigating the feasibility of moving it to Denver, Las Vegas or some other city. OR is the largest single source of income for OIA.
While OIA’s public policy priority has been to advocate for greater federal spending on conservation and outdoor recreation, observers say it and Nielsen must ultimately base their decision on OR on the business needs of the exhibitors and retailers who attend the show. Moreover, the second most popular venue appears to be Denver, home to the Western Energy Alliance, which is spearheading opposition to federal regulations of fracking on federal and tribal lands. Colorado is also exploring permitting oil drilling in state parks.
Boyle said most of the Kûhl dealers he talks to would prefer to keep the show in Salt Lake City because of its proximity to so many outstanding skiing, mountain biking, paddling and other outdoor recreation venues.
“The Outdoor community is more in sync with the healthy lifestyle and values of the Utah outdoor community than they are with Vegas,” Boyle said. “Besides, Colorado has also opened up fracking. Why should we reward that?” 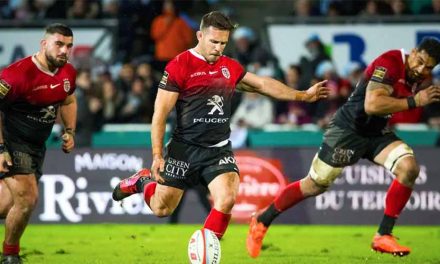