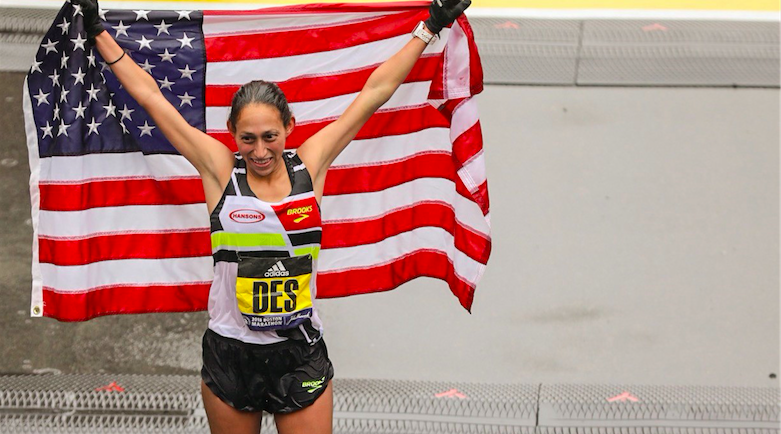 Desiree Linden, who trains for the Hansons-Brooks Original Distance Project, became the first American woman to win Boston since 1985. She joined a number of American women and men finishing among the top ten in the race.

American women nabbed seven of the top 10 spots at the finish line. Six American men landed among the to-ten finishers.

But the star was Linden, who secured her victory in a time of two hours, 39 minutes and 54 seconds, more than four minutes ahead of the second-place finisher, on a day that tested runners with driving rain and near gale force winds. The victory marked her first World Marathon Major win.

“I never could have imagined how incredible the feeling of breaking the tape on Boylston would be if I tried,” said Linden in a statement provided by Brooks. “This one race has been years in the making. After near misses and so many days working toward this, I feel proud and overjoyed.”

“We can’t overstate how big this moment is for Des and for U.S. running,” said Brooks Sports Marketing Manager Steve DeKoker. “She has knocked at the door of Boston year after year, and we are humbled and thrilled with her persistence. Des is a class act and now a Boston champion; all of us at Brooks are toasting to her today!”

“Des runs well at Boston because it’s such a technical course. The weather today made it a tactician’s race and we knew the smartest racer would win,” said Hansons-Brooks Original Distance Project Coach Kevin Hanson. “Seeing her reach this dream of hers is beyond gratifying. I’m thrilled and so, so proud of her.”