Bernard Lacoste, former president and honorary president of Lacoste S.A., passed away peacefully in Paris, on March 21, 2006, dut to a fatal brain hemorrhage following a serious illness which struck him in early 2005. This illness led him to transfer the presidency of Lacoste S.A. to his brother and closest collaborator for many years, Michel Lacoste, on September 1, 2005. Bernard served as a WFSGI Board member from 1995 to 2004 and chaired the Committee on Intellectual Property during the same period.

From 1963 onwards, Bernard Lacoste presided over the destiny of the crocodile, and turned the emblem of his father, the tennis champion Rene Lacoste, into one of the best-known brands around the world. When Bernard Lacoste took over the management of Lacoste S.A., around three hundred thousand products bearing the crocodile logo were sold annually. In 2005, this number had risen to almost 50 million products in over 110 countries.

Commenting on Bernard's passing, Andre Gorgemans, Secretary General of the World Federation of the Sporting Goods Industry, said, “We lose today a great leader, a savvy entrepreneur and above all a friend. His kind and always amicable tenures will be remembered by all of us who were fortunate to deal with him.”

If the crocodile has grown significantly since its birth in 1933, much of this is due to the great work carried out by Bernard Lacoste, to his sense of observation, to his intuition, to his capacity to see before anyone else what would soon become obvious for everyone. Bernard Lacoste personified the elegance, the sense of fair play, and the team spirit that are so important for the crocodile. 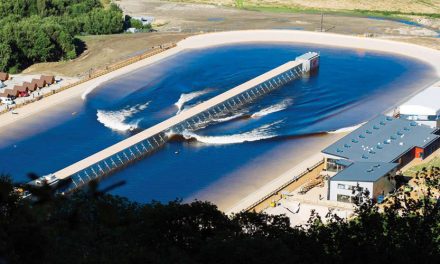