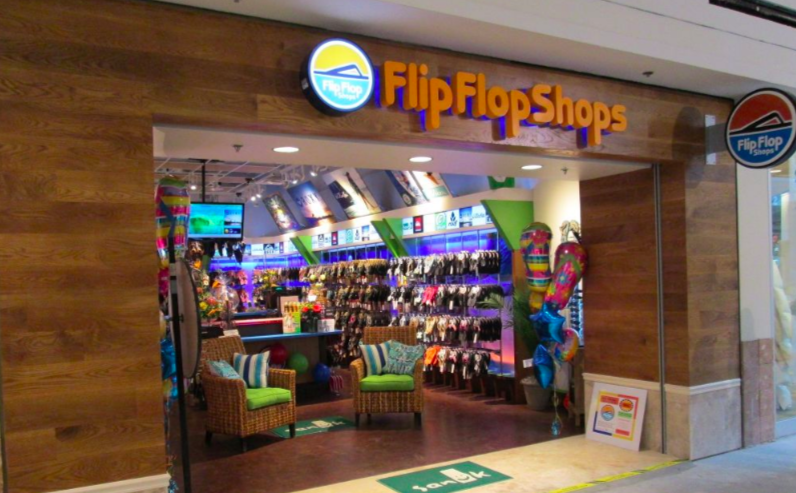 Bearpaw Holdings, the parent of Bearpaw, acquired the business from Cherokee Global Brands, which initially acquired the 59-unit franchisee in October 2015. The locations range from the U.S. to Canada, the Caribbean, the Middle East and South Africa. Terms of the Bearpaw deal weren’t disclosed.

Romeo said the possibility of the sale of Flip Flop Shops was originally presented to Bearpaw by a broker in February, and “the process from there was gradual.” After expressing interest, conversations ensued and Bearpaw soon saw a merger with Flip Flop Shops making more and more sense.

“We believe bringing Flip Flop Shops into the same space as Bearpaw creates the perfect marriage,” Romeo told SGB. “There is a need for a niche-branded sandal retailer, and by adding Bearpaw to their product mix, there will be an undeniable synergy created. The Bearpaw sheepskin boot is essentially the flip flop of winter!”

Romeo added that the alliance between Flip Flop Shops and Bearpaw will “create the perfect balance of seasonal products and styles for consumers to enjoy year-round. Bearpaw Holdings is excited to enter into this partnership and watch Flip Flop Shops quickly develop into a four-season business that will be beneficial for both brands.”

In the company’s annual report, Cherokee said royalty revenues from Flip Flop Shops decreased 14 percent to $2.1 million in 2017 from $2.4 million the prior year, primarily as a result of franchisees closing approximately 20 under-performing stores during the year. This decrease in royalty revenues was “significantly lower” than Cherokee’s revenue projections at the end of 2016.

Bearpaw plans to take some time to better understand the business model, but has full intentions of expanding the concept.

“We will operate with caution to have the best possible outcome, but growth with Flip Flop Shops is the ultimate focus,” John Pierce, president of Bearpaw, told SGB. “We are looking to expand the store base after evaluating the marketplace and understanding where the brand makes the most sense. While putting a store count in place is not our immediate focus, we are working to build this up the right way alongside franchise partners that will compliment Flip Flop Shops. The next six to 12 months will be spent assessing the business before making any necessary changes or adjustments.”

The acquisition comes as Bearpaw has in recent years expanded well beyond the “classic fur boot” the brand was founded on and is still best known for. Bearpaw’s lineup now includes snow boots, slippers, sneakers and newly-launched hikers.

“Bearpaw is becoming a powerhouse for any footwear need consumers might have,” said Pierce. “We are excited to share that our kid’s collections have been overwhelmingly successful and we will now be expanding our men’s line.”

Bearpaw’s parent company will also have a new brand that is launching this fall called Luxe De León. The high-end brand retails upwards of $200.

“Luxe de León is unique in that it is produced in León, Mexico and is completely different from Bearpaw, with their focus on luxury leathers,” stated Pierce. “This brand will be a boutique business, but will approach select high-end major retailers and will be managed by different salespersons. We are growing and moving forward with more versatile collections that we are sure will only add to the strength our diverse portfolio.”

Steve Brink, Cherokee’s CFO, said on the company’s first-quarter conference call on June 14, “We are now solely focused on our high-growth global brands that we operate using licensing model.”

All of the proceeds received so far from the Flip Flop Shops’ sale were used to pay down a portion of Cherokee’s long-term debt. As of June 14, Cherokee had $45.6 million outstanding under the company’s credit agreement and $2.6 million of cash-on-hand. 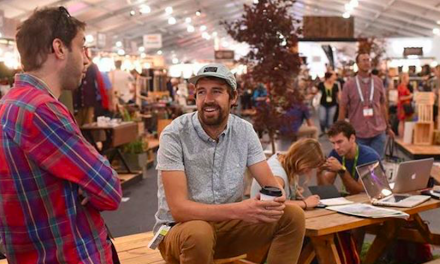