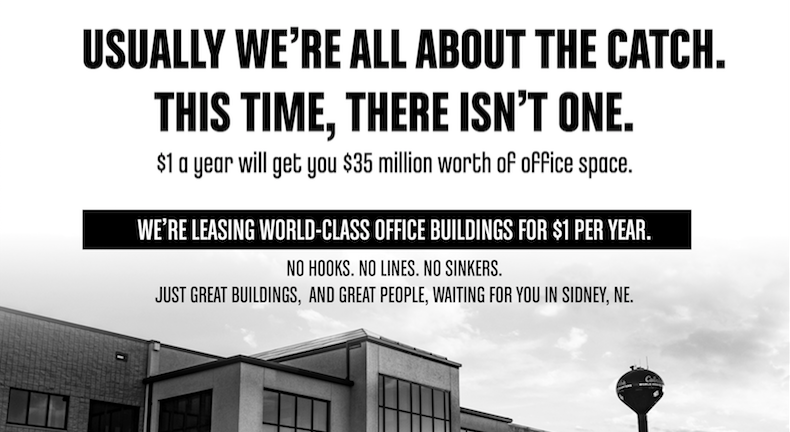 In a note to the media on Thursday, Bass Pro said 680 of Cabela’s corporate employees had applied for a voluntary buyout plan and that 290 would be leaving the company this week. A full-page ad in the Wall Street Journal also went out to support Bass Pro’s goal of donating any unused space in Cabela’s offices to bring jobs to the city of Sidney, NE.

In brief, details in the e-mail from Jack Wlezien, director of communications, Bass Pro Group, include:

Many Nebraskans have been concerned about how the merger, first announced in October 2016, will affect jobs in Sidney, a city of about 6,800 where Cabela’s has employed 2,000 people in recent years. Bass Pro officials have pledged to maintain significant operations in Sidney. The deal was completed on September 25, 2017.

The combined company’s headquarters will be based in Springfield, MO, the long of Bass Pro.

In a letter to Cabela’s employees in December, Morris also noted that Cabela’s sales have been underperforming over the last few years amid a challenging retail marketplace, inferring that some tough decisions on jobs would have to be made.

On the last page of the letter, Morris detailed “the realities of a competitive retail market and challenging outdoor/hunting segment.” He noted that more than 1,000 outdoors-related stores had closed in recent years and singled out Cabela’s as an underperformer, noting that the chain’s sales have been in decline since 2013 and the business was likely to lose money in 2017.

He wrote in part that Cabela’s “has been operating under the weight of an extremely heavy corporate payroll that is over two times greater than that of Bass Pro Shops to conduct relatively the same volume of business.”

The letter also noted that an additional $10 million has been allocated to extend benefits and pay for employees who will lose their jobs.

In February, Cabela’s employees who are over 50 years old and worked for the company at least 10 years were given the option to receive bonuses of up to $40,000 on top of two weeks of severance pay for every year of service as part of a voluntary buyout plan. Longtime employees were also being offered lifetime discount cards for Bass Pro and Cabela’s stores.

Prior to Thursday, Bass Pro had only indicated it planned to keep Cabela’s information technology division, which employs 125 people, as well as a “significant” part of Cabela’s accounting operations in Sidney. The distribution center will also will remain open, as well as the loc.

Three Cabela’s veterans will move to Springfield as part of a 12-member team that will guide the merged company. They include Ralph Castner, who had been Cabela’s chief financial officer, and will serve as CFO for the combined company. Sarah Kaiser, director of diversity and talent management at Cabela’s, will become senior vice president of human resources for the combined company and Sheila Dormann, vice president of accounting and controller at Cabela’s, will become vice president of finance for White River Marine Group, one of Bass Pro’s subsidiaries

Cabela’s stores in Sidney, as well as stores in Kearney and La Vista in the state, will remain open.

Outside of Sidney, Bass Pro has already indicated that Cabela’s credit card operation will remain in Lincoln, NE, according to the letter, as well as call centers in Grand Island, Kearney, North Platte and Lincoln in the state. The call centers employ approximately 350 people.

The full e-mail to the media follows, along with the advertisement that ran in the Wall Street Journal. 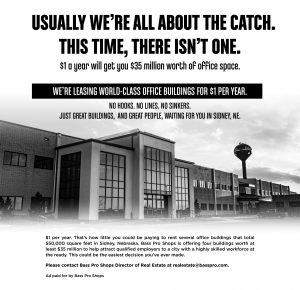