Although it's seeing some price resistance along with many other retailers, Backcountry.com continues to generate sales gains year-to-date and remains profitable.


“Backcountry.com as a whole has weathered this economic storm exceptionally well,” communications manager Marit Fischer told The B.O.S.S. Report. “We have managed to steer clear of the deep, year-long U.S. retail and e-commerce trough, and to remain profitable at a time when very, very few other retailers can make that claim.”
Backcountry.com's parent, Liberty Media, reported third quarter results last week. Liberty Interactive's eCommerce businesses, which includes Backcountry.com, increased Q3 revenues by 2% to $160 million in the period and adjusted OIBDA (operating income before depreciation & amortization) increased by $2 million to $5 million.
Liberty Media said the e-commerce revenue increase was primarily driven by two small acquisitions made during 2008. Backcountry.com was acquired in 2007.  Exclusive of the effects of such acquisitions, revenue decreased 4% in the third quarter due to the economic downturn. The e-commerce segment also includes Provide Commerce, Bodybuilding.com, BUYSEASONS, LOCKERZ, and The Right Start.
But Fischer said Backcountry.com is holding its own in the recession and remains upbeat about its all-important fourth quarter.  “We do a huge percentage of our business in the fourth quarter each year,” noted Fischer. “This is due to the combined effect of colder temperatures, ski/snowboard season, and the holidays.

The honest outlook is good – tempered by the economy, but very good.”
She also said Backcountry.com has benefited from being under the Liberty Interactive umbrella for the last two years. “This was a great move for us, especially since it is clear that they appreciate our entrepreneurial spirit and the way we’ve done business to date,” said Fischer. “They are there; they motivate us; they have high expectations – but when it comes down to it, they allow the company’s founders (Jim Holland and John Bresee) and the executive team to drive the business they way they see fit.”
Among its businesses, Fischer noted that the company's ODAT (One Deal At a Time) websites – SteepandCheap.com (outdoor), Tramdock.com (ski), WhiskeyMilitia.com (skate, surf, snowboard), and Chainlove.com (bike).- continue to grow and are benefiting from greater access to “incredible deals” in the market.
“We have been making upgrades to ODAT to continue to keep these sites fresh for our customers,” said Fischer. “We’ve added great features like community and combined shipping (allowing customers to stockpile multiple orders into one shipment to save on shipping costs) in direct response to customer demand. Working hard to give our customers what they want is important to us, and it is especially impacting during a recession when they really do feel like so much is being taken away.”
Last week, Backcountry.com launched DepartmentofGoods.com, a closeout megastore that consolidates its outdoor, bike and action sports gear on all its other websites.
“It doesn’t diminish our core retail brands or invalidate what we’re working to do there,” said Fischer. “It’s a completely separate site that serves a need for us (we need a place to sell overstock and out-of-date gear) and for a customers (they need a place to buy a huge selection of quality stuff for cheap).”
DepartmentofGoods.com is currently in VIP-only beta launch right now. Once it opens to the public, BackcountryOutlet.com will be closed down.
“We like to say that we’ll take it out back and shoot it,” joked Fischer. “It just hasn’t been a strong enough brand to stand among our lineup of stores and we’re finally doing something about it.”
The DepartmentofGoods.com follows the launch of five other websites over the past year. The company also recently updated the search functionality on its two core websites, Backcountry.com and Dogfunk.com.
“We felt it was time to improve the customer experience with faster, more intuitive ways to search, and with bigger, better images on the search results pages,” said Fischer. “We also incorporated a zoom for the images on the product pages, so people would be able to see more detail on the gear. The overall feedback from our customers has been positive and our vendors are happy with the bigger, faster, stronger representation of their brands.”
Last week Backcountry.com also unveiled its new apparel brand Stoic, a new line of premium technical gear that “has captured, cultured and distilled mountain adventure into everlasting alpine apparel,” the company said.
For 2010, Backcountry.com's major initiative includes expanding into Canada with the launch of Backcountry.ca. 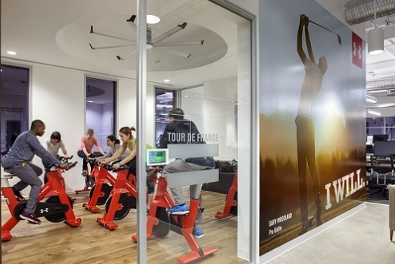