Liberty Media Corporation will acquire control of Backcountry.com through a definitive agreement in which Backcountry co-founders, Jim Holland and John Bresee will sell a majority interest in the company. Terms of the acquisition were not disclosed and Liberty's interest in Backcountry.com will be reported in the Liberty Interactive group. Liberty is a multi-billion dollar publicly traded company with a very sophisticated and complex capital structure. The companys primary businesses include the QVC and STARZ cable networks, and interests in News Corp. and Time Warner.

Following the acquisition of backcountry, Liberty Media CEO, Gregory B. Maffei, told analysts that the company has been pursuing a strategy of acquiring small e-commerce companies and giving them the resources they need to grow. “When you look at Liberty Interactive, it's quite easy to focus just on QVC since its overall size and success,” he said.

“However, at LINTA, we've amassed a fairly substantial fast-growing group of independent ecommerce businesses. Included in the Backcountry deal, which we announced yesterday, we'll have invested about $630 million in these businesses. Last year in 2006, it generated substantial operating cash flow and we expect them to grow significantly again this year.”

Liberty has historically paid less than 15x EBITDA for these e-commerce companies. The company said that rapid growth rates inherent in well-managed e-commerce companies allow Liberty to realize returns on its investments quickly. Mr. Maffei said that the average operating cash flow for the companies they have acquired so far is in excess of 20% of revenues.

Backcountry has been generating 50%+ top-line growth since it was founded and is expected to continue this trajectory.

Backcountry.com Co-founder and CEO Jim Holland said that they have been working on this deal for over a year with several possible suitors coming to the table.

The most attractive aspect of Liberty Media, from Hollands perspective, was their approach to other, similar acquisitions.

“First of all, theyre a holding company so theyre not in the business of managing companies. They look for companies they think are well-run, have a good business strategy and have good management teams and they invest in them and step aside,” he said. “We were very diligent in this whole process  its not a step that we took lightly. We did a lot of reference checking and nosing around trying to see what kind of partner these guys would be. We emerged feeling really good about it.”

From Backcountrys perspective, this deal offers Holland and Bresee a first step in a longer-term exit strategy. “It has always been our plan, since John and I founded Backcountry 11 years ago, to be able to have some sort of an exit strategy in there. This is still just a partial step in that direction in that weve taken a little bit of money out and weve partnered up with someone who can definitely bring a lot to the table for us. Now were not going anywhere  were still fired up and truthfully, its been energizing for me because there are a lot of good things that can come from working with Liberty,” Holland told The B.O.S.S. Report. “John and I are still major players in the company. We sold a majority stake, but we are still very much involved not only personally because we founded the company and helped to grow it from the beginning, but also financially.”
While Libertys modus operandi is to step aside and let these e-commerce companies run themselves, they also allow their individual holdings to collaborate and learn from each other. “One thing thats interesting to me is that Liberty owns QVC, as you know. Weve embarked on a strategy where weve been launching websites that focus on one deal at a time  its kind of a new approach to e-commerce. Its very similar to what QVC is doing on television. So, were psyched to meet with the gurus at QVC and see what we can learn from them and share ideas,” said Holland. “Liberty also owns a whole slew of cutting edge e-commerce companies and yet they are e-commerce companies that dont compete with us in any way. Im sure there are lots of ideas and lessons we can shortcut just by getting together and brainstorming with some of these people.”

They also give the companies they acquire the resources they need to expand into new markets, or pursue opportunities like private label merchandise. “QVC manufactures a lot of product in Asia and elsewhere and there is a lot we can learn from them in that regard in expanding our branded product. We just started dipping our toe in the water,” said Holland. “We also see a lot of opportunity internationally. I think thats something they can help us with because they have their foot on the ground in a number of countries and theyve figured a lot of these things out already  all of the customs and import duties and port regulations and tariffs and logistics of distributing from a different country. Truthfully, today we turn away endless business from abroad because we are not physically there and we dont have the dealership agreements that allow us to sell abroad. I cant even imaging what we would be able to do if we were distributing from abroad.”

In the end, Holland wanted to emphasize that Backcountry.com is still the same company today as it was before the acquisition, they simply have more opportunity than they did before. “The biggest thing I want to emphasize is that everything is going to remain very much the same here at Backcountry. Our values remain the same; theres nothing upsetting our culture; theres no shifting in personnel or anything like that,” he said. “Truthfully, with or without Liberty, there is a huge amount of opportunity in front of us.”

There have been published reports that have cited potential problems with distribution of TNF product, but a Backcountry spokesperson told The B.O.S.S. Report that these claims and the numbers behind them were inaccurate. 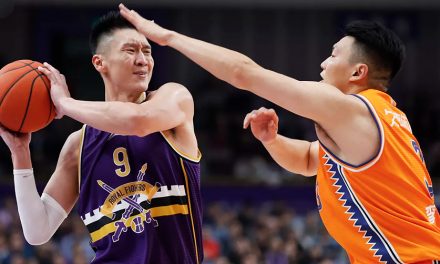