Avia has introduced a new marketing slogan, “Racing Since 79.” The “Racing Since 79” brand emblem will be featured in all footwear packaging, on the company website, in the product catalog and all marketing assets.

Avia said it is leveraging the power of the brand established during the 1980s and 90s fitness trend, and bringing to the forefront its authenticity and pioneering principle that serious athletes need serious footwear innovations.

“Since 1979, Avia has been among the leaders in the performance footwear category with a passion to provide footwear for serious athletes,” said Ed Goldman, vice president of marketing at Avia. “Racing is at the core of the Avia brand, and – Racing Since 79 – expresses our ongoing commitment to capitalize on our core strength in endurance sports and multisport training footwear. At the same time, the Avia brand will remain true to all enthusiasts – whether they're competing in the XTERRA World Championships or for personal training in the neighborhood.”

Coming off a year of six world championships captured by Avia-sponsored athletes, Avia aims to continue the trend in 2011 by sponsoring today's most prolific and recognized athletes in the endurance sports and multisport category, including Team Avia's XTERRA World Champions Conrad Stoltz, Shonny Vanlandingham, Eneko Llanos and Melanie McQuaid, and UCI World Cup Champion Catharine Pendrel. Avia is also the official racing and training footwear sponsor of teamTBB, the No. 1 triathlon team in the world; LUNA Chix Pro Team, the No. 1 Women's UCI Cross Country Mountain Bike Team in the world; and Team Trakkers. 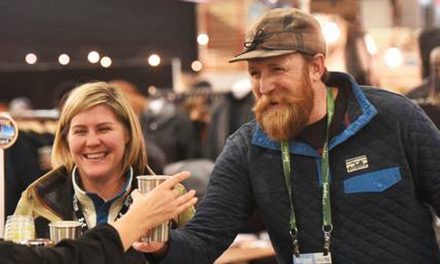 Fitbit to Donate $1 Million Across Three Charities With FitForGood