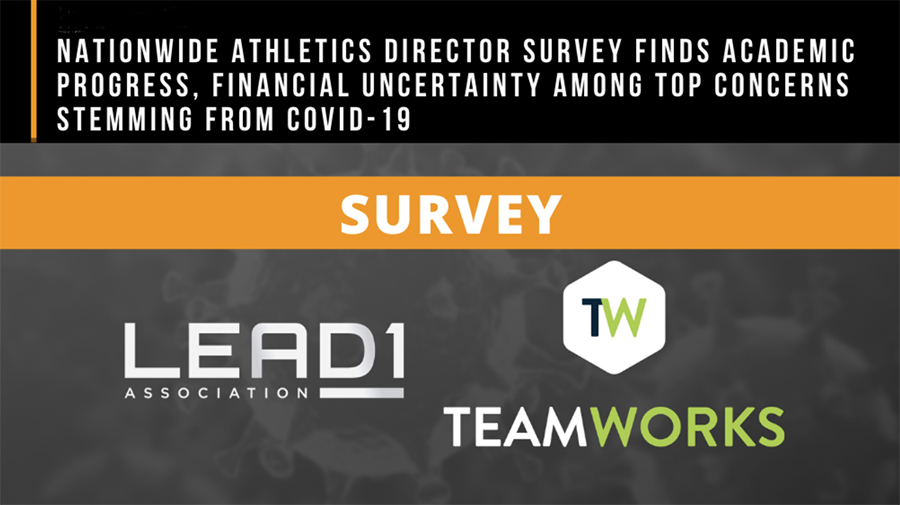 A survey of more than 100+ athletic directors from the Football Bowl Subdivision (FBS) found athletic academic progress and financial uncertainty were top concerns stemming from the coronavirus pandemic.

The survey was conducted by the LEAD1 Association, which represents the athletics directors of the 130-member schools of the Football Bowl Subdivision and Teamworks, the athlete engagement platform for collegiate and professional organizations,

“It is clear that the 100+ athletics directors who responded to our survey believe their number one priority is to maintain the highest levels of physical health, safety and academic progress for their student-athletes,” said Tom McMillen, president and CEO of LEAD1 Association.

The survey polled LEAD1’s membership base of athletic directors on current issues in collegiate athletics, including student-athlete wellness, financial security and sacrifices, and strategic planning.

“In response to the unprecedented uncertainty across our industry, athletics directors have pointed to academic progress and mental wellness as two of their primary concerns for student-athletes,” said Zach Maurides, CEO and founder of Teamworks. “There isn’t a playbook to help our student-athletes move past this challenging time, and these findings underline the importance — now more than ever —  for teams to deeply engage with student-athletes to ensure they have the resources they need.”

The survey finds that the majority of the more than 100 FBS athletics directors who responded are seeing the strain on their student-athletes with finances also top-of-mind for every department. While there was unity among the FBS in many areas, concerns about the 2020/21 revenue stream illustrated key differences between Power Five and Group of Five ADs.

“We have entered into a period of uncertainty and uncharted territory in college athletics. Not only for athletics directors but for student-athletes, coaches and administrators,” said Tom McMillen, president and CEO of LEAD1 Association. “We felt it necessary to capture the real-time concerns from our membership to best prepare them for what’s to come. It is clear that the 100+ athletics directors who responded to our survey believe their number one priority is to maintain the highest levels of physical health, safety and academic progress for their student-athletes.”

Below are key findings from the Teamworks/LEAD1 “State of Athletics in the Face of Coronavirus” survey.