Asics To Return As Presenting Sponsor Of Los Angeles Marathon 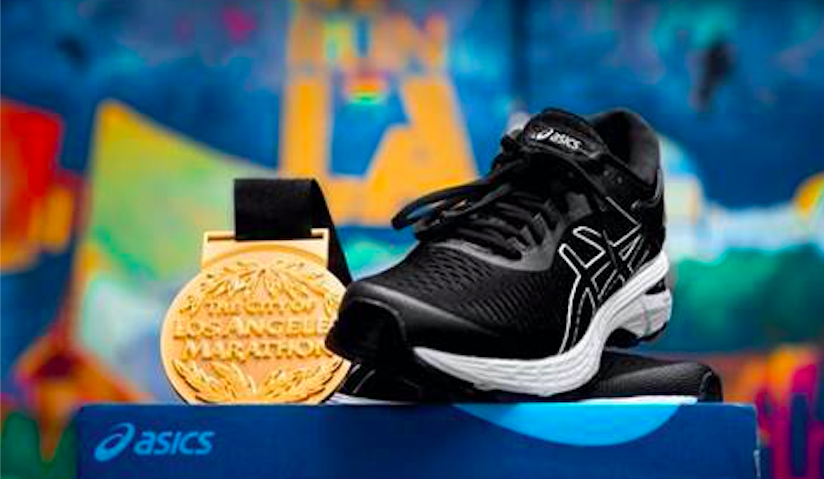 Asics announced a five-year sponsorship deal to return as the official footwear and apparel partner and presenting sponsor of the Los Angeles Marathon beginning in 2020. Skechers Performance, a division of Skechers, took over sponsorship of the marathon in 2016.

The multi-year agreement for the Los Angeles Marathon comprises significant brand integration, on-site and in-store event activations, digital and social content, broadcast integrations and online retail promotions. Asics and Conqur will re-launch their partnership in January 2020, beginning with the Pasadena Half Marathon, as the two build on their rich history together ahead of the Los Angeles Marathon in March.

Asics is making significant investments beginning this year to ensure it reclaims the top industry status including run focused activations and updates to its athlete roster–most recently signing multi-year sponsorship deals with female distance runners Emma Bates and Allie Kieffer. Bates is a 2018 USA Marathon Champion and was the first American female to cross the finish line in the 2019 NYC half marathon, placing 4th. Kieffer is a distance runner who placed 5th in the 2017 NYC Marathon and 7th in the 2018 NYC Marathon.

“Our partnership with Conqur to become the presenting sponsor of the Los Angeles Marathon solidifies our commitment to the run category.” said Koichiro Kodama, CEO of Asics North America. “Asics is back and more dedicated than ever to drive our brand forward as we build off of the very foundation we were created on – performance running. We are honored to have this opportunity once again and look forward to reconnecting with our core audience to bring the west coast community together to celebrate this great sport.”

In addition to the 2020 Los Angeles Marathon, Asics will expand its partnership in Southern California by becoming official partners of the Pasadena Half Marathon at the Rose Bowl, The LA Big 5K, and Santa Monica Classic 5K and 10K. Asics will also look to support Conqur’s extensive youth running and community programs.

“For the 30th Anniversary of the Los Angeles Marathon Asics lit-up L.A. by spotlighting every mile of the Stadium to the Sea course. It’s fitting that we’re reconnected with Asics in time for the Marathon’s 35th Anniversary race on March 8, 2020. Conqur Endurance Group has grown over the past 4 years to become the running events and programming leader in Southern California,” said Murphy Reinschreiber, Conqur’s chief operating officer. “Our year-round calendar of running events includes everything from kids’ dashes to the Los Angeles Marathon. We are also very proud to provide extensive support for two of the most successful youth/school programs in the country, Students Run LA (SRLA) and 26th Mile. Over 70 charities successfully fundraise against our running events each year. And, through our LA Road Runners program, we are developing a large community of running clubs throughout Los Angeles to promote participation and the healthy running lifestyle.”

“Asics’ focus on performance running and growing the reach of the sport enhances our mission,” Reinschreiber continued. “We’re excited by the opportunity to collaborate with Asics to continue to grow the local, national and international stature and footprint of our races and programs through Asics elite athlete appearances, retail stores, education and media. It’s great to know that Asics will be with us every step of the way.”