Asics America Corporation, title sponsor of the 2013 Asics LA Marathon, is transforming the City of Angels into the City of Runners through several interactive experiences in support of the marathon. The center of the Asics marathon festivities will take place at The Grove, where Asics will show both runners and non-runners exactly what it takes to run the 26.2 miles of the stadium to sea course.

In addition to The Grove activation, Asics will also activate its popular Support Your Marathoner program, launch a new application called Support Your Glory, have premier Asics athletes competing in the race, and offer a limited-edition Asics LA Marathon – themed GEL-Lyte33TM 2 shoe.

With over 26,000 runners annually, the Asics LA Marathon has grown into one of the largest road races in the world and become a staple in the Southern California community, where Asics America also calls home, says Kevin Wulff, CEO of Asics America. Some of the worlds finest runners will race in this years marathon, creating an amazing opportunity for Asics to demonstrate its commitment and passion to runners. Given Asics elevated level of sponsorship of this years marathon, we are thrilled to help support and unify runners behind Los Angeles signature race.

Asics Turns the Grove into Epicenter of Marathon Excitement

Asics interactive installments at The Grove will celebrate the dedication it takes to run a marathon and the unified city that supports it. Without leaving The Grove, Angelenos can take on 26.2 miles in just 10 seconds at Asics Marathon time trial experience. Participants get their projected marathon time, take a tape line finish photo and step into the Asics sound room where the high energy sights and sounds of the marathon experience are brought to life.

Support Your Marathoner Returns to the City of Angels

Asics is bringing the Support Your Marathoner program to Los Angeles for the second year. After making its West Coast debut at last years LA Marathon, the Support Your Marathon Program allows friends and family to upload videos, photos or text messages that will be displayed on larger than life LED screens on the course. Runners can connect to Facebook or Twitter via SupportYourMarathoner.com to request motivational messages from their social networks as well as share the messages they receive. New this year, runners can Share Your Glory on race day by posting pre-written texts to supporters in real time from the course.    The 2013 Asics LA Marathon Support Your Marathoner and Share Your Glory sites are live now at SupportYourMarathoner.com and ShareYourGlory.com.

The stripe design featured on the sides of Asics® shoes is a trademark of Asics Corporation and is a registered trademark in most countries of the world.

Two of Asics elite athletes, Deena Kastor and Pete Jacobs, will take the streets on St. Patricks Day to race in the Asics LA Marathon. Deena Kastor, the current US marathon record holder, bronze medalist and three-time Olympian, most recently finished third at the USATF Cross Country Championships and first at the Kaiser Permanente Rock ‘n Roll Pasadena Half Marathon. A Southern California native, this will be Kastors first time running the Asics LA Marathon. The reigning Ironman world champion, Pete Jacobs will also take on the race for the first time. Hot off his first place finish at the Ironman World Championships in Kona this October, this will be Jacobs second marathon.

To mark the inaugural Asics LA Marathon, Asics has designed a limited edition GEL-Lyte33TM 2 in a St. Patricks Day color scheme with designs to reflect the iconic scenery throughout the route. One of Asics most popular running shoes, the commemorative shoe is available for an MSRP of $90 at several retail stores and to find out where please visit www.asicsamerica.com.    Asics has also created a full line of official Asics LA Marathon merchandise which will be sold at retail stores as well at the NutriBullet Health & Fitness Expo on
March 15 and 16 held at the LA Convention Center. For more information, please visit AsicsAmerica.com/lamarathon. You can also follow @Asicsamerica and use the hashtag #asicsla on Twitter to join in the conversation. 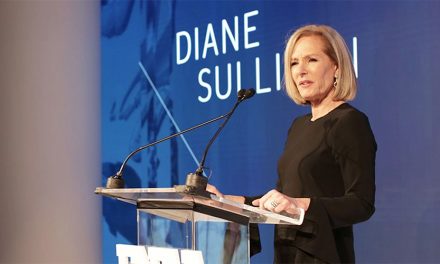 Caleres To Lay Off, Or Furlough Associates, Reduce Salaries 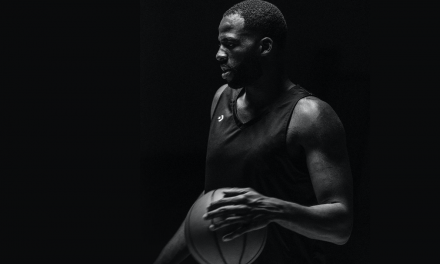