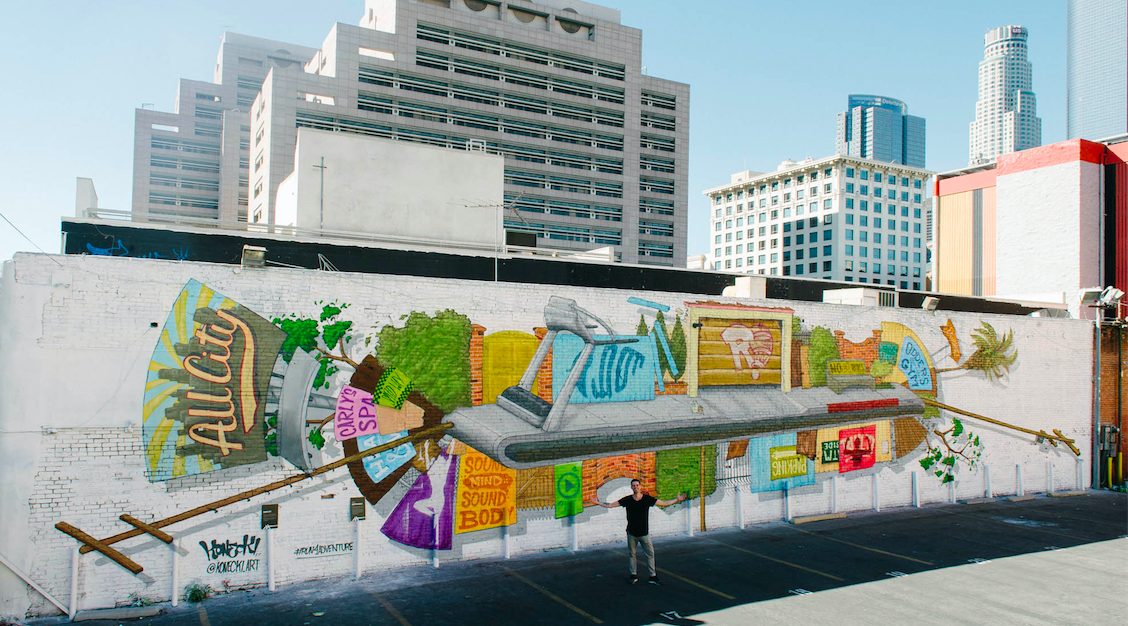 The brand’s first-ever global social running initiative is dubbed the SMSB Crew, which stands for Asics’ founding principle, “Sound Mind, Sound Body.” It will launch in major cities globally over the course of 2017 and aims to create cultural communities of people with a shared passion for fitness and sport.

The Big Chase was one of the highlights of the weekend as attendees – media and influencers from around the world – were led on an interactive urban adventure by members of the London-based SMSB Crew. Testing out the new footwear and bringing together physical fitness and street smarts, the event put participants in the role of old-school L.A. detectives. The story took attendees through the streets overcoming obstacles and unraveling clues through downtown L.A. Runners tracked down leads at an eclectic collection of locations including the Roxie Theatre, Dutch Chocolate Shop and Bank Reserve Building.

Further, to leave a lasting legacy in downtown L.A. that celebrates the urban running culture, Asics commissioned local street artist Christopher Konecki to create an original mural. The mural, located at 247 South Main Street, will remain in the neighborhood for the remainder of the year.

As Asics looks to expand beyond performance running, the brand is introducing SMSB Crews that will bring together a community that shares a passion and holistic approach to a life well lived through sport. Launching in six major cities globally in 2017, each SMSB chapter aims to bring together fitness enthusiasts and influencers, representing a wide range of backgrounds, including photographers, yoga instructors, designers and runners.

“The acronym SMSB stands for ‘Sound Mind, Sound Body’ and represents a philosophy I am very passionate about and defines the mentality of these running crews,” said Charlie Dark, SMSB global ambassador. “I am excited to have the opportunity to support Asics in this endeavor as the brand looks to connect with consumers on a new level.”

Asics Corporation Senior General Manager, Global Marketing Division Paul Miles also applauded the collaboration: “With the growth of the urban running movement around the world, Asics is excited to work with SMSB Crews, embracing shared founding principles, and inspiring a new generation to pursue a better life through sport,” he commented.

The latest footwear models introduced by Asics are inspired by the aesthetics of the urban landscape and deliver versatility and style to the urban runner.