Ashworth, Inc. saw continued weakness in its domestic golf channel business in the fiscal third quarter ended July 31, but is also starting to learn the lessons of increased distribution in the department store channel as heavy markdown allowances attributed to slower-than-planned sales of Ashworth and Callaway apparel sliced margins and pushed the company into a loss for the period versus a profit in the year-ago period.

Excluding the effect of having Gekko on the books for the entire quarter this year versus just one month last year, revenues would have been flat to down slightly.

The net loss for the period was attributed to $3.4 million in markdowns in the retail channel as well as a $4.4 million increase in inventory reserves. Management also pointed to inefficiencies in the companys embroidery and distribution center, despite efforts to cut the direct labor cost per unit, and increases in SG&A expenses from higher selling and promotional costs and higher-than-anticipated Sarbanes-Oxley compliance expenses.

Revenues for the corporate distribution channel increased 12% to $7.0 million in the fiscal third quarter from $6.3 million in the year-ago period. Revenues from owned-retail stores increased 56% to $2.1 million from $1.3 million in fiscal Q3 last year, primarily due to the net addition of six stores versus last year. The domestic golf channel declined 2% to approximately $21.2 million and the retail channel saw sales fall 80.4% to about $600,000 from approximately $3.2 million in the year-ago quarter. Management tied the decline in golf channel sales to the 1.1% decline in rounds played this year, while the retail decrease was attributed to the markdown issue and slow sell-through.

Ashworth said that Ashworth brand sales increased 16.4% on a comp store basis in the retail channel and Callaway apparel sales grew 15.8% on a comp basis, increases the company said were “significantly driven” by “heavier-than-anticipated promotional activities and discounting” during the season. They see those efforts continuing into the fall.

What has worked this year was some of the cross-selling efforts the company had hoped to utilize with the acquisition of Gekko, which has particular strength in headwear, bookstores, and NASCAR. The sale of Ashworth apparel in team colors to college bookstores accounted for about $1.3 million in incremental sales since February, while the marketing of Ashworth and Callaway headwear through the golf, retail, and corporate channels netted another $1.8 million in sales for the YTD period. Headwear now represents the second largest category in the corporate channel.

Excluding a $3.0 million pre-tax charge incurred in Q3 last year related to the settlement of a 1999 securities class action lawsuit, Ashworth would have reported net income of $2.3 million, or 17 cents per diluted share, in the year-ago period.

The continuing issues at retail and the work to be done at the EDC has led Ashworth to cut guidance for the year, with EPS now projected at 12 cents to 15 cents per diluted share on sales between $200 million and $204 million. ASHW also expects additional higher Sarbanes-Oxley compliance costs together with higher EDC costs as the company continues its efforts to improve efficiency at that facility.

>>> Ah, the joys of the department store channel Vendors have to assess and plan for the total impact to the business before getting too cozy with this end of the retail spectrum… 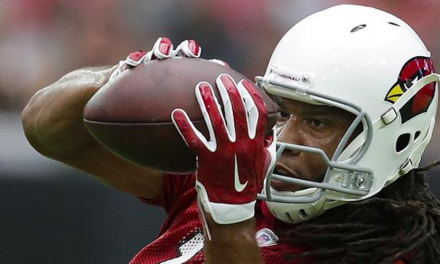