The exclusive, all-team deals that have become a staple in the global battle for supremacy between Nike, Under Armour and Adidas at the collegiate level could soon be coming to a high school near you.

All-team contracts, also called “all-sports contracts,” have been around at the collegiate level for decades. They basically grant a brand the exclusive right to outfit a university’s athletic teams for periods of as long as 10 years, in exchange for paying a lump-sum figure plus a percentage of sales of fan wear above a certain level. The value of such deals has skyrocketed in the last decade as Under Armour, and then Adidas, began competing more vigorously against Nike for them.

While collegiate deals grabbed headlines, Nike and Under Armour competed to sign elite high-school football and basketball programs to exclusive uniform contracts for at least a decade. The trend is strongest in football-crazy California, Florida, Ohio and Texas and basketball hotbeds in the Mid-Atlantic region, said Matt Murphy, vice president of marketing for Russell Athletic. In Texas, one school district has signed an all-team deal covering multiple schools.

“Certainly some high schools, like colleges, are going to have more brand strength and recognition,” Murphy explained. “Especially football is making its way to being televised like never before. This year, a number of games are being televised on ESPN networks, so they get exposure and brands see an opportunity to be aligned with those teams for obvious reasons.” 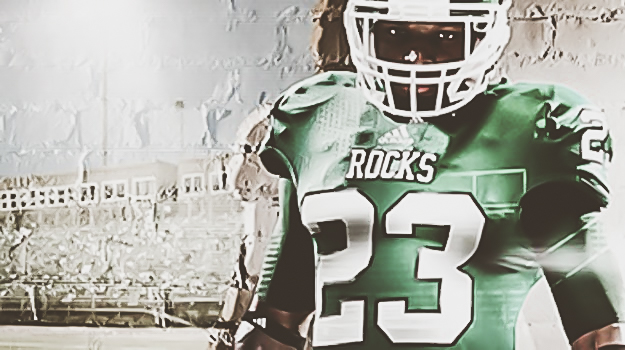 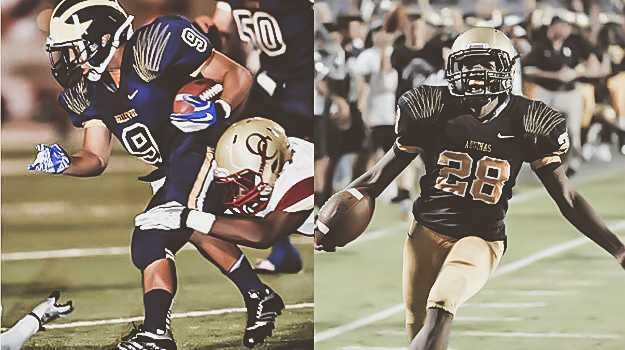 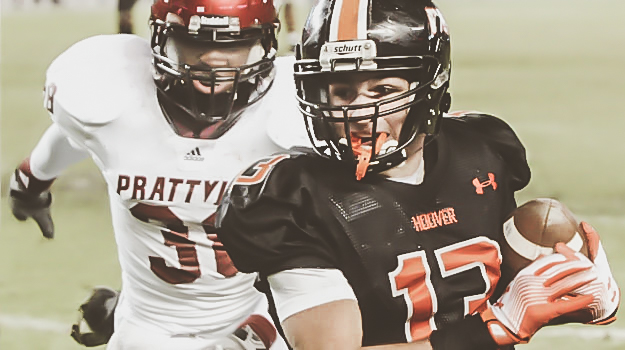 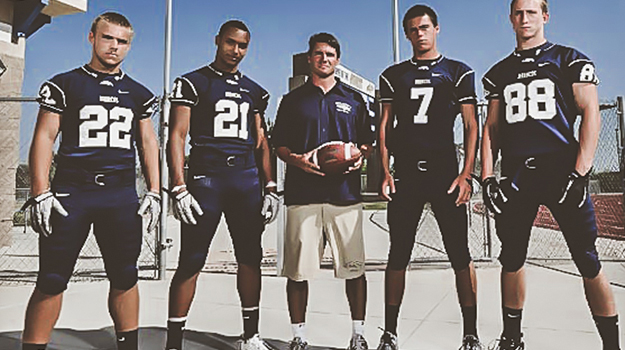 Wooing DeMatha
The public got a rare glimpse of the battle September 27, when The Washington Post reported on how the competition to sign DeMatha High School in Hyattsville, MD was heating up after the school opted not to renew its five-year deal with Nike. DeMatha is among several Catholic high schools in the region with nationally ranked basketball and football programs being wooed by athletic brands, the newspaper reported.

While not as rich as NCAA Division I deals, high school agreements could do more to lift sales given the sheer size of the market, the amount of white space and the growth of online team stores that make it much easier to design, buy and sell spirit wear.

“It certainly is becoming more prevalent, and I expect it to continue,” Murphy said. “We are positioning Russell Athletic more and more as serving the entire community.”

#SettleYourScore
In July, Russell launched an integrated marketing campaign that will focus on the journey of six high-school football teams that lost state championships last season by a touchdown or less. To kick off the TeamOn campaign, Russell erected billboards emblazoned with #SettleYourScore near each high school, with motivational messages emphasizing how close they came to winning, including “8 seconds,” “One Play” or “99 yards.”

Right before the start of the season, each team was invited to tear down the billboards to reveal the new mantra for that season. In addition to outfitting each team, Russell is documenting their season on the TeamOn website and Russell Athletic social media channels so that fans, family, friends and media can follow along.

“It’s easy to tell the story of the victor,” Murphy said. “We are telling the story of how a team uses that for motivation. It does take a different twist from win at all costs to how do we turn adversity into motivation.” 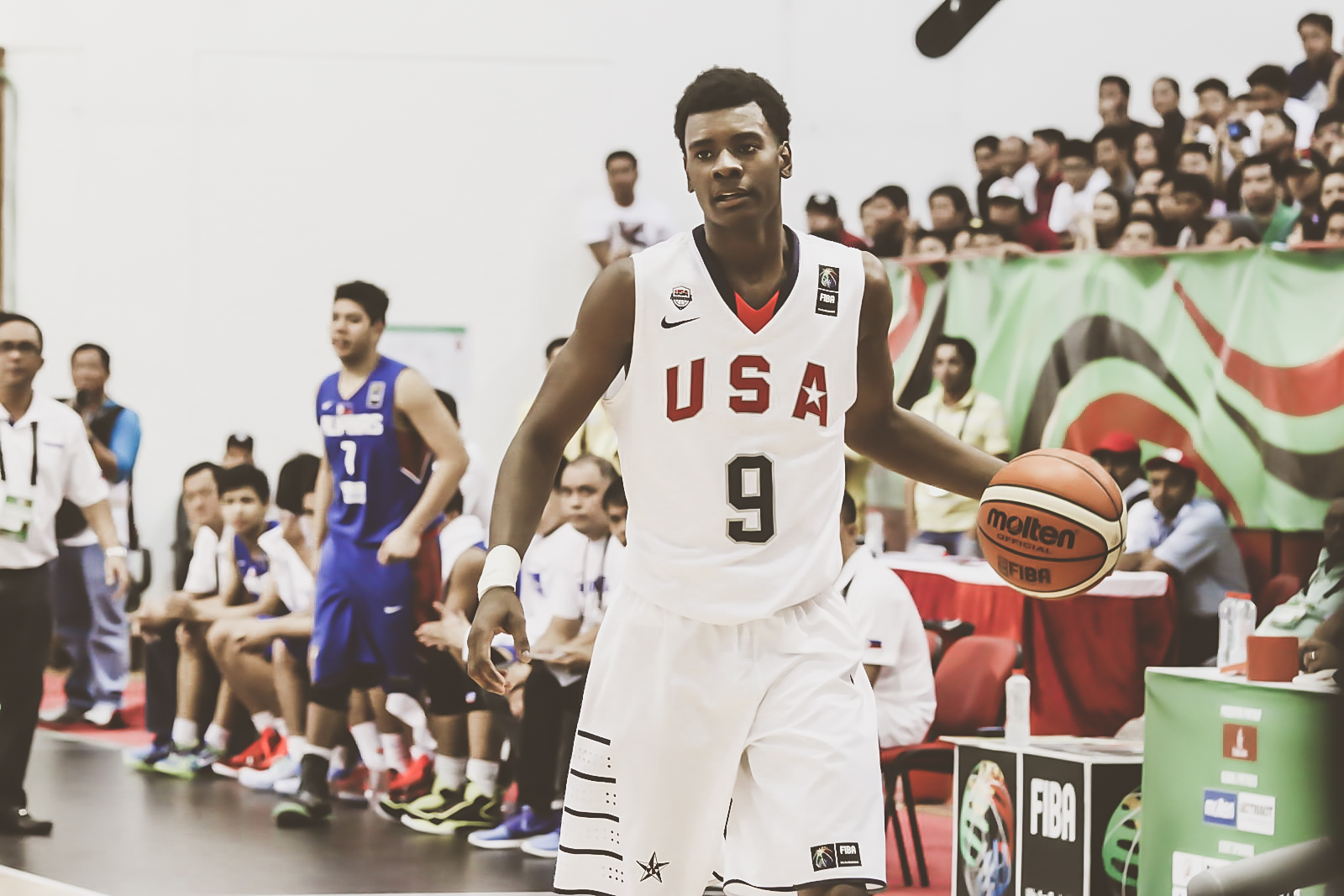 Countering Undeniable
The message certainly contrasts with the one Under Armour is sending with its Undeniable program, launched in 2006 to secure all-team deals with the nation’s most elite high-school football programs. Undeniable teams receive a yearly merchandize allotment that can be used toward securing Under Armour Gear, access to special uniform design resources and promotion in Under Armour marketing. In exchange, schools are contractually obligated to purchase Under Armour uniforms and spirit wear for all their teams, and players and coaches are required to wear Under Armour gear during games.

To be eligible for the program, teams must be nationally ranked and have their games televised a minimum number of times per season. In addition to evaluating success on the field and a culture of winning, Under Armour also assesses whether the team can help drive sales at local dealers and how important the region is to its growth goals. Only 55 teams have made the cut this year.

Potential Backlash
Such stringent conditions, as well as the failure of some vendors to deliver product on time, have soured many athletic directors, coaches and boosters on all-team deals, said Allen Reynolds, director of team sales for Cook’s Inc. in North Wilkesboro, NC.

“It was a huge factor when it first came out because everybody felt they were going to get left behind if they did not sign an all-sports deal,” said Allen, whose eight-member sales team serves schools across the state. “But the all-sports deals backfired because the schools learned that if they were not happy, they did not have a way out. I tell my people, don’t sign any contracts.”