Market watchers have been waiting patiently the last few weeks as the expected acquisition of AND 1 by Skechers USA dragged on without a firm deal in place. We now know what was happening behind the scenes after Jerry Turner, chairman of American Sporting Goods, and Keven Wulff, president and CEO of the company, announced to their staff Friday evening that ASG had won the hand of the basketball brand. Terms of the deal were not available at press time.

It seems like just yesterday that American Sporting goods was on the block with a deal close at hand, a deal that soured in January. Speculation is that instead of Mr. Turner selling his company to Mr. Wulff and his bankers, Turner was able to convince them to instead invest in the company and provide needed capital to grow the business, including acquisitions.

In a letter to employees and reps, Turner and Wulff said that AND 1 is recognized the world over as “one of the premier manufacturers of basketball gear.” They said AND 1 had more than $120 million in worldwide revenues and is “posed (sic) for continued growth” through the merger with ASG.

“The acquisition of AND 1 is a perfect strategic fit for our company,” said the letter.  “It complements our business by providing strength to areas within ASG that need it, the very large consumer groups of Teen Boys and Young Adult basketball enthusiasts, and the large International market just to name a few.”

The letter went on to say that the two executives would be meeting with AND 1 employees and would provide more details of the deal upon their return. They indicated that the deal was “completed in record time” and they were “still very much in the mode of analyses” and did not have a final transition plan laid out yet.

SEW received feedback that SKX was close to sealing the deal, but ASG swooped in at the last minute with a bigger offer and more urgency to get it done. ASG apparently spent little time on the due diligence side of the deal.

Seth Berger, AND 1s CEO, is expected to remain with the company.

>>> More on the deal as the details unfold… 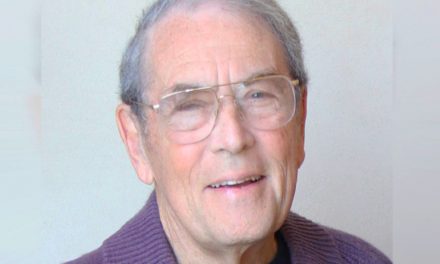 ASG is an athletic footwear and apparel company based in Irvine, California that owns the following brands: Avia, Ryka, Nevados, Yukon, Turntec, NSS and Apex, with revenues in excess of $220 million annually. The acquisition of AND 1 is a strategic fit for ASG as they look to build strength in areas of reaching the young, male consumer as well as reaching an international market base.

“The acquisition of AND 1 is a perfect strategic fit for our company,” said Wulff, “It complements our multi-brand business model by providing strength to areas within ASG that need it, such as the very large consumer group of teen boys and young adult basketball enthusiasts and our underdeveloped international and apparel business, just to name a few.”

Seth Berger, current AND 1 CEO, will report directly to Wulff.

Bear, Stearns & Co. Inc. served as the exclusive financial advisor to AND 1 in the transaction.