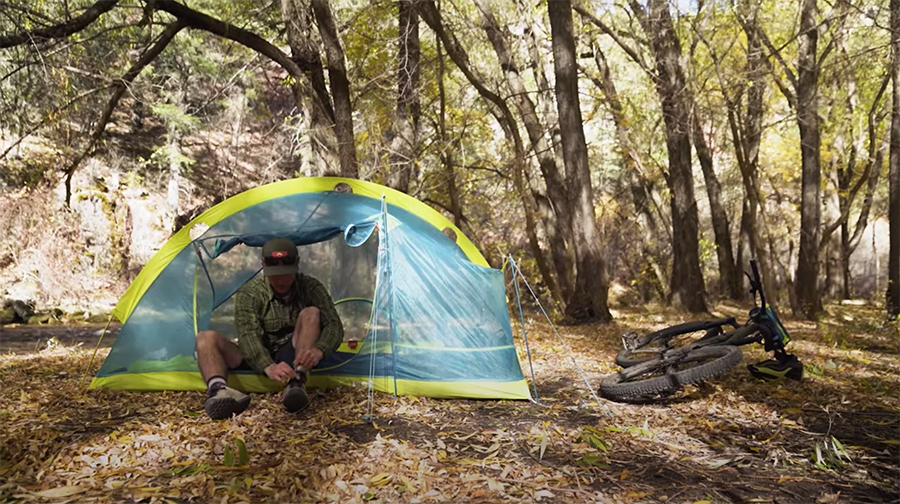 American Outdoor Brands reported results for the fiscal fourth quarter that topped Wall Street targets. Still, shares in mid-day trading Friday were down about 10 percent after the outdoor accessories maker declined to provide guidance for the current fiscal year due to an uncertain inventory environment at retail in the back half of the year.

“Our achievements in fiscal 2022 have helped strengthen and diversify our company while building stronger, long-lasting relationships with our consumers,” said CEO Brian Murphy on a call with analysts. “These will be important elements as we, our retail partners and our customers navigate fiscal 2023 amidst several macroeconomic factors that have recently developed, including rapidly rising inflation and interest rates, which have served to drive up inventory levels at retail.”

He added that it’s unknown how consumers could shift their buying patterns in response to these developments. Murphy added, “We are seeing that retailers are taking a step back right now and closely managing their inventory levels as they anticipate, or try to anticipate, what the consumer is going to do.”

American Outdoor Brands will resume providing guidance “when our visibility into consumer buying patterns and their impact on our retail partners has improved,” the CEO added.

Last year, the company set a goal to expand its revenues by 8 percent to 10 percent over the ensuing four to five years, implying reaching $400 million in net sales annually with EBITDAS margins in the mid-to-high-teens. Murphy stated, “While macroeconomic factors may slightly impact the timeline, we are confident that we will achieve this growth objective.”

Fourth-Quarter Revenues Slide 29 Percent
In the fourth quarter ended April 30, sales fell 28.8 percent to $45.9 million against tough year-ago comparisons, driven mainly by the decline in the Shooting Sports category. Wall Street’s consensus target had been $45.49 million. On a two-year basis, sales grew 6.5 percent over the fourth quarter of FY20.

Gross margin in the quarter eroded by 60 basis points to 43.8 percent.

Full-Year Sales Down 11 Percent
Sales were down 10.5 percent for the full year to $247.5 million. On a two-year basis, sales grew 47.9 percent. The year-over-year decrease was driven by a decline in Shooting Sports of 22.5 percent, partially offset by an increase in Outdoor Lifestyle categories of 7.2 percent.

FY22 gross margins were 46.2 percent, a 40 basis point increase over the prior year, driven by increased pricing and tariff drawbacks, offset by higher freight and promotional costs.

Inventory balance at the end of FY22 increased roughly $2 million sequentially from Q3, largely due to the Grilla Grills acquisition, partially offset by planned reductions in its legacy business.

Progress Since Spin-Off
On the call, Murphy heralded American Outdoor Brands’ traction gained in its first two years as an independent public company. Over that time, revenue had gone from $167 million in FY20 to $247 million in FY22, representing net sales growth of nearly 48 percent over pre-pandemic levels and a two-year CAGR of over 21 percent.

“Underpinning that growth are a number of important developments. We leveraged our Dock and Unlock strategy to deliver a steady flow of exciting new products that generated nearly 26 percent of our fiscal 2022 revenue,” said Murphy. “That Dock and Unlock strategy also enabled us to enter new markets in large categories, including land management, at home meat processing, optics, and reloading equipment, by creating a number of disruptive products that open up our potential for sizable future net sales growth.”

Accomplishments include the launch of Meat! Your Maker which helped fuel year-over-year growth of 73 percent in its direct-to-consumer business in FY22, the expansion of its Outdoor Lifestyle category and entry into the large outdoor cooking market with the acquisition of Grilla Grills.

Across channels, the company generated two-year organic sales growth of nearly 33 percent in its traditional brick-and-mortar channels and over 79 percent in e-commerce channels.

Murphy also noted that American Outdoor Brands is well-positioned to take advantage of consumers discovering or rediscovering a passion for the outdoors, shooting sports and personal protection over the pandemic. He said the pandemic resulted in nearly 14 million new firearm entrants, over 9 million new first-time camper households, 3 million new fishing licenses issued, and up to 1 million new hunters.

“There is little doubt that some of the gains experienced by American Outdoor Brands and the broader industry over the past two years were propelled by the pandemic, resulting in an outsized growth last year and making year-over-year comparisons particularly challenging,” said Murphy. “That said, we are pleased with our performance in fiscal 2022, including our improved gross margins, and we are optimistic about our future growth opportunities, particularly in light of this larger installed base of new and returning outdoor and personal protection consumers.”

Going forward, the company has a “robust” pipeline of products to drive growth.

Regarding acquisitions, Murphy said Grilla Grills, acquired in mid-March, is performing ahead of plan and continues to resonate with outdoor cooking customers. He also believes additional acquisition opportunities will become available in the more challenging economic climate. Murphy said, “We have recently been approached by several companies with brands that are uniquely positioned to benefit from our Dock & Unlock process. And importantly, we have worked over the past two years to build a strong balance sheet that provides us with the flexibility to capture those opportunities when they arise.”

While not providing sales and earnings targets, Andy Fulmer, CFO, noted that first-quarter sales are typically lower than the fourth quarter; however, the year-ago first quarter benefited from some “a pull-forward of demand” with typical seasonality expected to return in the fiscal third quarter.

American Outdoor Brands is also planning for a more promotional environment in FY23 as retail partners respond to potential shifts in consumer buying patterns and adapt to inflation and economic uncertainty.

Fulmer said, “We intend to remain competitive with pricing to protect our market share, and as such, we expect gross margin percentage to decline for the year compared to fiscal 2022.”