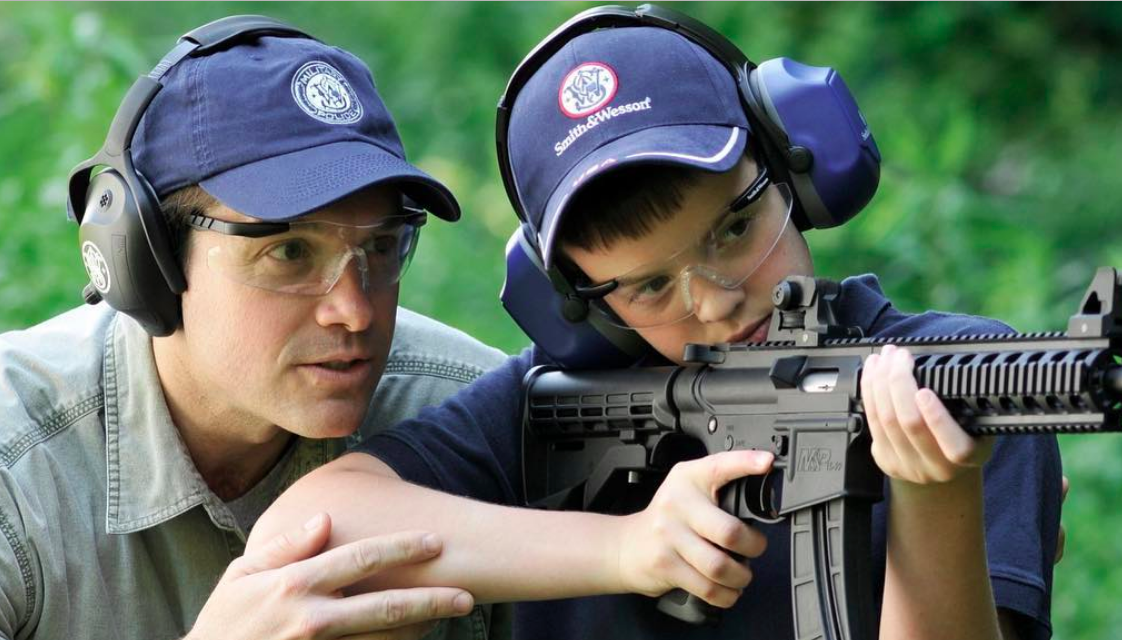 American Outdoor Brands, the parent of Smith & Wesson, closed a challenging year by reporting a sales drop of 24.9 percent in its fourth quarter ended April 30 while projecting flat earnings on a slight decline in sales for its current fiscal year.

“Going forward we plan to operate our business under the assumption that fiscal 2019 will deliver a flattish consumer market,” said James Debney, president and CEO, on a conference call with analysts. “At the same time, we believe that several dynamics we currently see in the parts of the industry such as consolidations, bankruptcies, mergers and political posturing continue to drive uncertainty in the sporting goods channel for some time.”

Debney said that due to the market dynamics, American Outdoor Brands plans to increase its focus on profitability and will limit its promotional activity with a goal to “sustain market share, not gain market share. Market share gains that will be expected to come solely from new product innovation.”

The expected higher profitability will allow American Outdoor Brands to reinvest in the business, including ramping up its new logistics facility in Missouri, increased incentives and profit sharing to attract and retain top talent, new product innovation and enhanced marketing initiatives.

Said Debney, “Market contraction combined with our decision to limit promotional activity will likely yield a slight decline in our total top line revenue for the year.”

For the year just ended,

Adjusted net income was down 58.2 percent to $13.3 million, or 24 cents a share. Adjusted earnings exclude a number of acquisition-related costs, certain product recall related costs, and other costs.

Debney said adjusted NICS background checks in the fourth quarter for long guns increased 7.3 percent year-over-year, while the company’s unit shipped to distributors and retailers declined about 22 percent. Debney said the company suspected the growth in long guns reflected in the NICS checks increase was largely addressed from existing inventories at wholesale and retail locations.

Background checks for handguns in the quarter declined 4.1 percent year-over-year, while American Outdoor Brands’ units shipped to distributors and retailers declined 29.6 percent. Debney said the company believes the decline by the company is due mostly to its “tremendously successful” M&P Shield and M&P Bodyguard 380 promotions last year, which created challenging comps as well as channel inventory reduction efforts by wholesalers and retailers in the current quarter.

“Our monthly market analytics lead us to believe we maintained our leadership position in the consumer handgun market in the quarter,” said Debney.

Internal firearm inventories also declined sequentially from Q3, largely driven by the sale of inventory built to support new product launches, combined with increased pull through of the company’s firearm products in the consumer channel.

Looking ahead, American Outdoor Brands anticipates internal firearms inventory will increase in the first quarter of fiscal 2019 because of the typical seasonal summer slowdown and planned inventory levels leading up to the full hunting and holiday shopping seasons and new product launches. The company is also building incremental inventory to reduce the risk of negatively impacting customer service levels as its ramps up its new logistics and customer services facility in Missouri.

Among new products, introductions in firearms in the fourth quarter included the M&P380 Shield EZ, built for personal protection and the M&P M 2.0 Compact 3.6 inch pistol. The M&P M 2.0 Compact series was expanded to a smaller frame of features for or better concealability. The M&P Bodyguard 38 revolver came out without an integrated laser.

New products, those launched within the last 12 months, accounted for 29 percent of its firearms revenue in fiscal 2018. Said Debney, “Strong adoption rates across our growing M&P 2.0 family helped us retain our leadership position in the consumer market for handguns.”

Revenues for the first three quarters are projected to be relatively flat to slightly up sequentially from Q1. Gross margins in the first and fourth quarters are expected to be 2 to 4 percentage points higher than the second and third quarters due to substantially reduced firearms promotion activity and expect lower fixed costs absorption because of a planned reduction in firearm production volumes.

Asked further about the outlook given an uptick in firearms activity seen in the quarter, Debney agreed that there was “some fear based buying” in NICS figures in the quarter. But he also noted that checks slowed down in April and further weakened in May.

Said Debney, “As we think about the market, and I will stress in the long-term, we do believe that we’ll return to growth slow growth overtime we do believe that. But with there is a belief for us, we still see the market correcting and everything we’re seeing and all the dynamics out there a lot of those dynamics I mentioned in the prepared remarks. And it can take up to two years for that correction to take place. So certainly still some market contraction we see on the horizon.”