Amer Sports’ revenues fell 36 percent in the second quarter, driving a 22 percent decline in the first half of the year, according to debt reviews from Moody’s and S&P. Both rating agencies affirmed Amer has adequate liquidity to operate through the year and each assigned a low investment-grade rating of B3 and B- on Amer’s new €100 million facility.

According to the rating agency’s reports, Amer’s year-on-year sales decline moderated to 16 percent in June from a trough in April, and the company currently expects its third- and fourth-quarter revenue to be 15 percent and 9 percent lower than in 2019, respectively.

In addition, Moody’s noted that Amer Sports has been able to keep gross margins virtually flat and to reduce operating costs, although its reported EBITDA for the first half of the year declined to a negative €26 million from a positive €34 million in 2019, largely as a result of a weak first-quarter performance which reflected both early coronavirus effects and unfavorable weather conditions during the winter season.

S&P noted that Amer’s results in the first half of 2020 exceeded its expectations, thanks to effective cost control and working capital management.

S&P said Amer’s performance in Q2 was supported by the early effects of the company’s implementation of its €200 million operating-expense-saving programs and €200 million supply-cost-reduction programs. Additionally, wholesale partners’ order cancellations have been less pronounced than Amer Sports expected and there were not significant deficiencies to collect trade receivables. This translated into about €140 million working capital generation in Q2 2020.

Amer Sports’ B3 corporate family rating (CFR) and B3-PD probability of default rating (PDR) as well as the B3 ratings of the €1.7 billion senior secured term loan B and the €315 million senior secured revolving credit facility (RCF) borrowed by Amer Sports Holding Oy and the negative outlook are not affected by Moody’s rating action.

“The new term loan will reinforce Amer Sports’ cash cushion, building upon the company’s other initiatives to safeguard liquidity, while resulting in a moderately higher gross leverage,” says Igor Kartavov, a Moody’s lead analyst for Amer Sports. “However, despite Amer Sports’ improved liquidity profile and the relatively moderate impact of the coronavirus outbreak on its financial performance so far, the negative outlook on the company’s ratings continues to incorporate the uncertainty related to the pace of recovery in its performance in the second half of 2020 and thereafter amid the challenging operating environment.”

S&P said, “The stable outlook reflects our view that Amer Sports can manage its liquidity needs thanks to €44 million available in its existing revolving credit facility (RCF) and €400 million-€405 million cash on the balance sheet Pro-forma the proceeds of the additional debt issuance. We estimate Amer Sports has sufficient cash on the balance sheet to fund its operations in the next few quarters.” 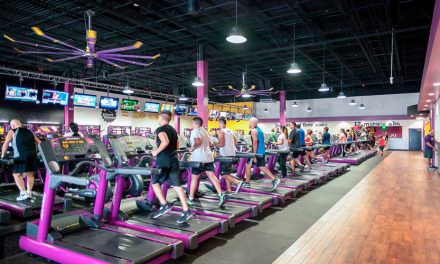