Amazon issued a strong response to the American Apparel & Footwear Association’s (AAFA) call for a number of its non-US platforms to be included in the next USTR Notorious Markets List.

The four-page letter to Daniel Lee, the acting assistant U.S. Trade Representative for innovation and intellectual property, detailed that the company goes “well beyond our legal obligations and invest[s] heavily in proactive efforts to prevent counterfeits from ever reaching our stores.” The letter further noted that Amazon stands behind all products sold on the site “even when third-party sellers do not.”

“Contrary to the suggestion in AAFA’s submission, these efforts are working, as over 99.9% of the products that customers actually view in Amazon’s stores never have received a complaint about a suspected counterfeit from a customer or rights owner,” wrote Brian Huseman, Amazon’s vice president of public policy, in the response. “Amazon solicits constructive feedback from brands and associations as to how it can continue to improve those tools, make the process easier for brands, and more effectively fight counterfeiters.”

He added, “However, when brands refuse to use the tools that Amazon makes available to them, offer only anonymous criticism that is directly refuted by available data, or conflate concerns about counterfeits with questions like the ‘unauthorized’ distribution of authentic products, the shared goal of combatting counterfeiting is undermined rather than enhanced.”

“Despite the demonstrated effectiveness of Amazon’s tools, however, some AAFA member brands have refused to use them,” he wrote. “Further, AAFA did not attempt to raise or resolve the concerns in their filing with Amazon prior to submitting them, despite the forum that the monthly meeting provides. AAFA’s suggestion that Amazon is not doing its part to eliminate counterfeits from its stores does not stand up to the data from Amazon’s efforts on behalf of AAFA members.”

Amazon said it prevented more than a million “suspected bad actors” from listing products and blocked more than 3 billion suspicious listings, and maintained that over 99.9 percent of its assortment “never have received a complaint about a suspected counterfeit from a customer or rights owner.”

For the second year in a row, the AAFA recommended that the U.S. trade office flag some of Amazon’s websites as “notorious markets” for their proliferation of counterfeit goods. Amazon’s Canadian, United Kingdom, German, French and Indian sites were specifically called out. It also asked that the U.S. Trade Representative consider domestic markets, including Amazon’s U.S. site, along with international marketplaces.

AAFA said many of its members “report that the same issues they encounter on Amazon’s foreign marketplace extensions also persist on Amazon.com [in the U.S.].” 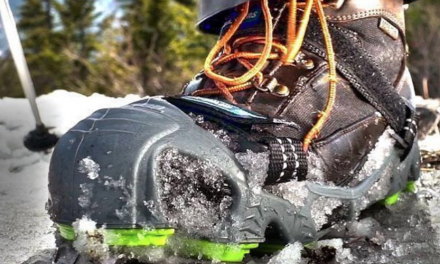